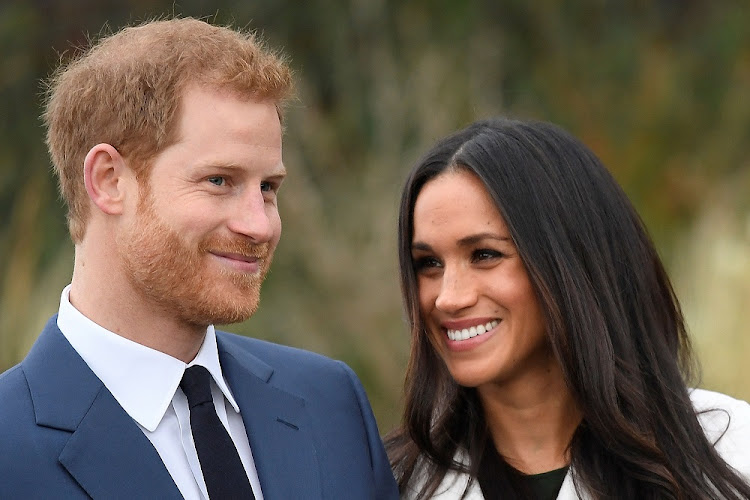 Prince Harry and Meghan, the Duke and Duchess of Sussex, are expecting their second child in 2021.
Image: Reuters

The funeral service for Prince Philip, the husband of Britain's Queen Elizabeth, will be held on April 17, Buckingham Palace said on Saturday.

It was added that Philip's grandson, Prince Harry, would attend.

Long-established plans for the royal's funeral have had to be redrawn and scaled down because of Covid-19 restrictions, but Buckingham Palace said they remained very much in line with Philip's wishes.

Philip, known as the Duke of Edinburgh and at his wife's side throughout her 69-year reign, died on Friday at Windsor Castle aged 99.

He will be given a ceremonial royal funeral, not a state funeral, with no public processions, held entirely within the grounds of Windsor Castle and limited to 30 mourners.

“The occasion will still celebrate and recognise the Duke's life and his more than 70 years of service to the queen, the UK and the Commonwealth,” a palace spokesperson said.

The funeral will be held at the castle's St George's Chapel and will be preceded by a minute's silence across the country.

Exact details of who will attending were not released, but among those present will be Prince Harry, whose explosive interview with Oprah Winfrey alongside wife Meghan last month plunged the royal family into its greatest crisis in decades.

The Duchess of Sussex who is pregnant with the couple's second child, will not attend on doctor's advice, the palace said.

The Duchess of Sussex has been advised by her physician not to travel. So the Duke will be attending

During the interview, Meghan said her pleas for help while she felt suicidal were ignored and that one unnamed member of the family had asked how dark their unborn child's skin might be.

Harry, the Duke of Sussex, also bemoaned his family’s reaction to the couple’s decision to step back from official duties and move to Los Angeles.

“The Duke of Sussex is planning to attend,” the palace spokesperson said. “The Duchess of Sussex has been advised by her physician not to travel. So the Duke will be attending.”

Buckingham Palace stressed the service would be held in line with government coronavirus guidelines, meaning members of the royal family including the queen would be expected to wear a mask.

'A FAMILY IN MOURNING'

Tributes have flooded in from across Britain and from world leaders for Philip, who was a pillar of strength for the queen. At 94, she is the world's oldest and longest-reigning living monarch.

The armed forces marked Philip's passing at noon on Saturday with a Death Gun Salute. Artillery units in London, Edinburgh, Cardiff, Belfast and Gibraltar, and some navy warships, fired their guns.

The royal family asked the public to heed social distancing rules and avoid visits to its residences, but people still laid cards and bouquets outside Windsor Castle and Buckingham Palace. 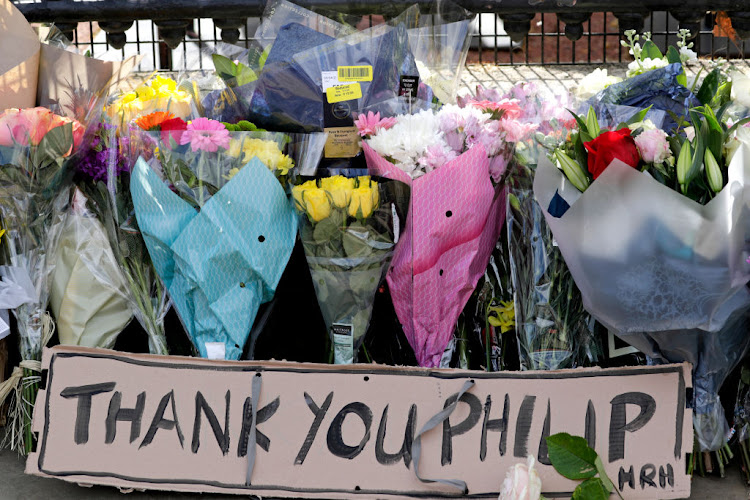 Floral tributes to the late Prince Philip are seen at Buckingham Palace in London on April 9 2021. The British government has asked the public not to gather or leave tributes at royal residences in light of Covid-19.
Image: John Phillips/Getty Images

“It's not something I've ever done before,” said Joanna Reesby, 60, who came to pay her respects at Buckingham Palace. “I brought yellow roses for friendship because I think that's what he exhibited to everyone who came into his world.”

The queen has lost her closest confidante, the one person she could trust and who was free to speak his mind to her. They had been married for 73 years and Philip would have turned 100 in June.

Meghan, Duchess of Sussex, has a royal bun in the oven.
Lifestyle
1 year ago

Asked how the queen was coping, the palace spokesperson said: “It's a family in mourning”.

Members of the family have been visiting the grieving monarch at Windsor Castle.

“The queen has been amazing,” said a tearful Sophie, the Countess of Wessex, as she left with her husband Prince Edward, the youngest son of Elizabeth and Philip.

On its official Twitter feed, the royal family put up a tribute paid by the queen to her husband on their 50th wedding anniversary in 1997.

“He has, quite simply, been my strength and stay all these years, and I, and his whole family, and this and many other countries, owe him a debt greater than he would ever claim, or we shall ever know,” she said.

“He has, quite simply, been my strength and stay all these years, and I, and his whole family, and this and many other countries, owe him a debt greater than he would ever claim, or we shall ever know.”

-Her Majesty The Queen, 1997. pic.twitter.com/wbSldSavNA

Flags at Buckingham Palace and at government buildings across Britain were lowered to half-mast and billboard operators replaced adverts with a photo and tribute to the prince.

A Greek prince, Philip married Elizabeth in 1947 and broke the news of her father's death five years later while they were visiting Kenya, meaning that she was queen at the age of 25.

He went on to play a key role helping the monarchy adapt to a changing world in the post-World War Two period, and also to support the queen as the monarchy faced numerous crises over the years. He finally stepped back from public duties in 2017.