The Pfizer Covid-19 vaccine, 325,000 doses of which landed in Johannesburg this week, offers 95% protection against hospitalisation and death, according to a big new study from Israel published in the Lancet medical journal this week.

The latest results are further evidence that the two Covid-19 vaccines to be rolled out to South Africans from May 17 — the Pfizer/BioNTech and Johnson & Johnson vaccines — offer real protection.

The J&J vaccine is the only Covid-19 vaccine tested in a big study, of 44,000 participants, against the B1.351 variant of Covid-19 dominant in SA. The vaccine was found to offer 64% protection against severe disease and death. It also has the advantage of being a single-dose vaccine.

Scientists, clinicians and health officials warned this week that Covid-19 cases were picking up in SA “after a lull”, and vaccinating at speed and scale was critical to control the third wave. 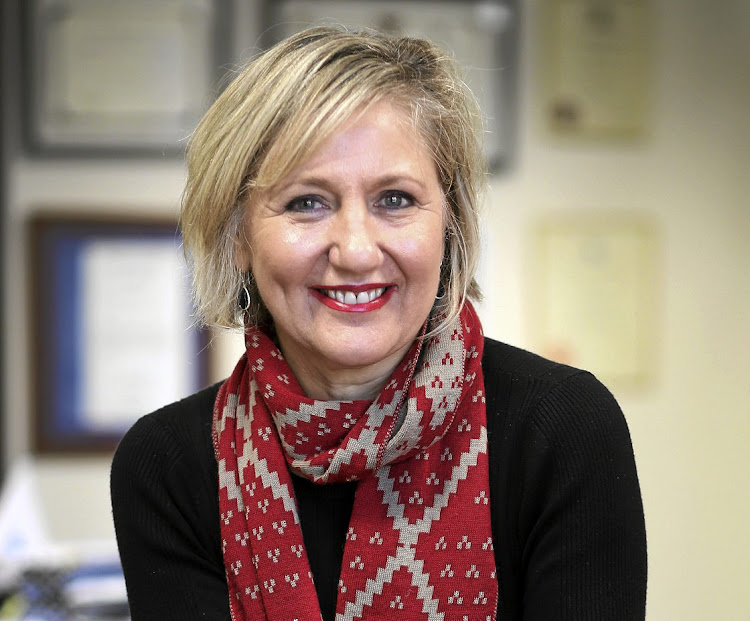 The J&J vaccine had been given to about 370,000 health workers in SA by Friday, said professor Glenda Gray, co-principal investigator of the Sisonke J&J implementation study which provides the shots.

But vaccine hesitancy among health workers has gone up following a brief pause in the study in April to investigate extremely rare and unusual blood clots linked to the vaccinations — about one in a million.

“We have seen an increase in vaccine hesitancy. Before the pause we were inundated but it has affected our uptake. It impacted on confidence and there is a lot more hesitancy,” said Gray.

“Even though the vaccine is reactogenic and can cause side-effects, people will likely be much worse off if they get Covid,” said Gray, president of the SA Medical Research Council.

Gray said they were vaccinating about 10,000 to 15,000 people a day and were on track to finish the Sisonke vaccination of half a million health workers by the end of next week, after which the national programme will kick in to vaccinate the remaining 700,000.

In the real-world, observational study in Israel, where about 70% of the population older than 16 has been vaccinated, two doses of the Pfizer-BioNTech vaccine provided more than 95% protection against severe disease and death.

In a real-world study in Qatar of more than 200,000 people, reported in the New England Medical Journal this week, scientists found the Pfizer vaccine was more than 95% effective at preventing severe, critical or fatal disease from any form of the coronavirus, including Covid-19 caused by the B.1.351 variant.

The effectiveness at preventing infection dropped to 72% from 75% against the variant common in SA.

The Covid-19 vaccines in use globally — 1.23-billion people had been vaccinated worldwide by Friday, according to Bloomberg — run the risk of very rare and unusual blood clots.

You have a greater chance of being struck by lightning — twice — than getting a blood clot from a Covid-19 vaccine, said Wits professor Barry Jacobson, president of the SA Society of Thrombosis and Hemostatis, at the time of the J&J pause mid-April.

Top scientists, worried by the explosion of Covid-19 infections in India, say the country cannot delay a national vaccine rollout.
News
1 year ago

The risk of developing these clots after getting vaccinated — with doses of the J&J, Oxford-AstraZeneca or the mRNA vaccines of Pfizer and Moderna — is much lower than the risk of clotting after being infected with Covid-19, a study by Oxford University in April found.

The clotting disorder, which affects the brain — known as cerebral venous thrombosis, or CVT — is about 100 times greater among people who get Covid-19 than normal, the Oxford team reported.

Among the health workers, a few individuals have had allergic reactions and been successfully treated, said Gray. Symptoms of headaches and fatigue after getting a shot are common but mild.

Pfizer SA country manager Rhulani Nhlaniki said the vaccines’ arrival this week was a “momentous” occasion for the company and “a huge boost to the SA government’s efforts to roll out the Covid-19 vaccines to the SA people as quickly as possible”.

It’s a race against time, but experts say that vaccines — due to be rolled out more broadly from May 17 — are unlikely to save SA from a Covid third ...
News
1 year ago

SA will know this week whether the B.1.617 variant associated with the deadly new Covid wave in India is present in the country.
News
1 year ago