For all of them it started as an ordinary day. Ordinary people who kissed their families goodbye as they walked out of their front doors. Some to work, others to drop kids at school, open up restaurants, or enjoy their seaside holiday. Their lives all changed within minutes when they became victims of crime.

Graeme Hosken and Alon Skuy put faces to the numbers by speaking to South Africans who have survived violent crime. 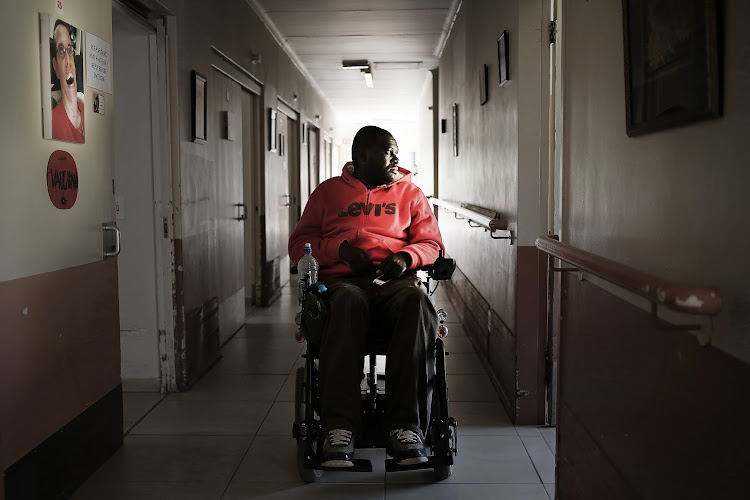 Munyaradzi 'Tom' Sundawo was shot in the head at point blank range while working as a manager at a restaurant in Auckland Park.
Image: ALON SKUY/THE TIMES

Confined to a wheelchair, Sundawo smiles. The long scar across the top of his head and his slightly slow speech, the only signs of his execution-style shooting in an armed robbery in 2007.

"I remember it was [on a] Sunday. It was cleaning day. It was just before my 25th birthday. I was the manager at Auckland Park [Campus Square] Dros," he says.

"People were coming into the restaurant. I was saying hello to them. The robbers were among them."

When the barman refused to sell beer to some of them - six heavily armed robbers - he went to call Sundawo.

The gunmen followed him to the manager's office, holding up two of Sundawo's colleagues.

Sundawo says: "I remember Max [the kitchen staff manager] was with them. They forced him to open the safe and took everything."

The 30 police stations where the most crime was reported

The majority of the police stations where the most crime was reported in the past financial year are in Western Cape and Gauteng.
News
4 years ago

Staff, including Sundawo, who heard the commotion locked themselves in a storeroom. When a staff member called out their names, they started to come out.

It was then that the gunmen grabbed Sundawo. "I thought we were safe. I was wrong."

The gunmen, seeing Sundawo's manager's uniform, forced him into his office.

They forced him to his knees before one of the robbers shot him through the top of his head.

The bullet tore through his brain's lobes, exiting through the side of his head.

Sundawo remembers collapsing to the floor, conscious but unable to speak. "I couldn't feel anything.

"I saw the blood but I didn't know what was going on. None of it made any sense. All I remember is Max pushing serviettes into my head, and paramedics.

"I wanted to talk to Max, but he kept on telling me not to. That's when I got scared."

Three weeks later, he woke up in Milpark Hospital, unable to speak or move.

"In my head I knew my mind was not gone, but I also knew I wasn't the Tom that I used to be," he says. "The bullet that put me here took a second, but the recovery has been 10 years. I can talk and use my hands, but I can't walk properly or do the things I used to do by myself."

But Sundawo, whose testimony helped convict his attackers, is not bitter. "What is the point? I have forgiven them. Being bitter won't change anything.

"I am here in my chair and they are there in prison. Yes, I am frustrated, but my faith helped me survive." Kieth 'Doc' Green, relates his story while sitting in his wheelchair. He was shot numerous times while doing personal protection for a client.
Image: ALON SKUY/THE TIMES

On Valentine's Day in 2013, when Green opened the car door for his client - a wealthy Chinese businesswoman - he had no idea that moments later he would be shot seven times through the back and neck.

For the VIP protector that day was business as usual in Johannesburg's Chinatown.

The gunmen, hidden inside a minibus, opened fire with AK47s and handguns. A bullet struck him in the neck and partially shattered his top vertebrae. Another bullet hit him in the head.

Despite the doctor's prognosis being that he would die a quadriplegic, Green refused to give up.

"I was distraught. I had breakdowns and thought of myself as a victim."

The psychiatrist assigned to him helped Green overcome his anger.

"He helped me get to where I am today, where I can walk up stairs and go to the bathroom by myself."

Diagnosed as an incomplete quadriplegic with extensive neurological damage, Green says it has not been easy to get where he is today.

"I have had falls where I have broken my hip, major setbacks, including renal failure.

"But each time I learn. I pick myself up, get back on my feet. I have even been for a ride on a motorbike." 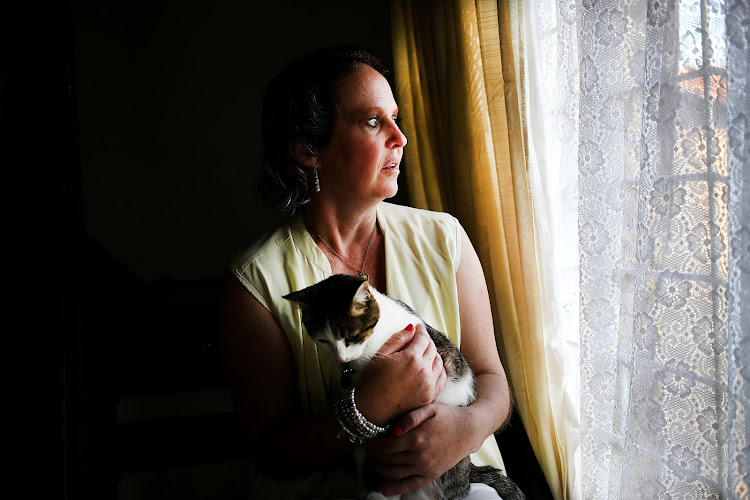 Alice Kaminski was pistol-whipped in the mouth with a gun earlier this year at her place of work. Her teeth were knocked out and she has had to undergo multiple operations to fix them.
Image: ALON SKUY/THE TIMES

The clearest memory Kaminski has of the robbery is the sound of the gun being cocked and pointed at her head.

In July, seven gunmen stormed the Kempton Park hardware store where she worked as a cashier.

"When I saw the man walk past the kitchen where I was warming up my lunch I thought he was a customer."

That thought changed quickly when the man shoved a gun against her and demanded the day's takings.

He forced Kaminski into her office.

"He was screaming, demanding money. He grabbed the cash and then demanded more."

Hijackings and house robberies - the crimes South Africans fear the most - have increased‚ along with murder.
News
4 years ago

As he tried to rip her wedding ring from one of her fingers the gunman smashed her face with his gun.

"I kept on telling him to let me take it [the wedding ring] off because it gets stuck.

"He then just started beating me, over and over again. I couldn't see anything. There was blood everywhere."

Forced to her knees, Kaminski thought she was going to be executed.

"When I heard the gun being cocked I was in shock, but calm. I thought: 'He can have whatever he likes but he can't take me away from my family.' "

"All I could think about was surviving for my family. I was determined, for them, to live, which I am doing now." 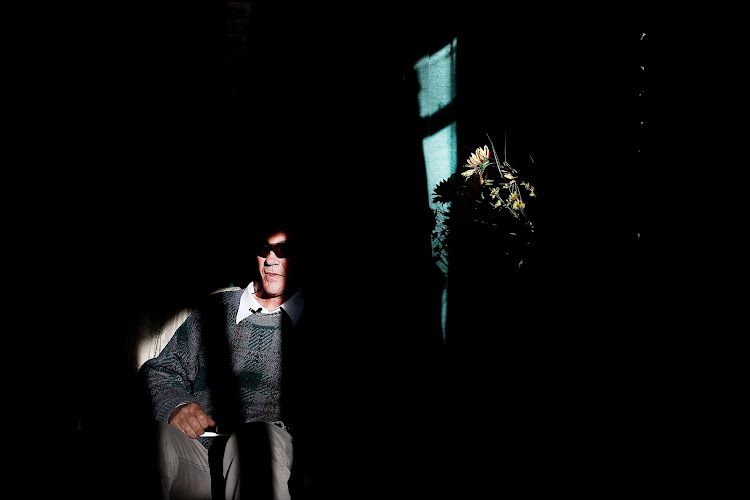 Rex Simpson was on shot in the head at a hotel during a trip to Durban, a week before he was to be married. He is now blind and lives at Avalon , a home for the disabled in Johannesburg.
Image: ALON SKUY/THE TIMES

Just weeks before he was to marry in 2003, Simpson was caught up in a hotel robbery in Durban and shot through the head. The bullet destroyed his optic nerves and left him blind.

He has no recall of the attack.

"It's a blank. They say I was found by hotel staff, but everything from that night is gone."

For years, Simpson was consumed by rage, angry that the police could not catch his attackers.

"I've realised getting angry doesn't help. Those who did this to me got away. They robbed me of more than my belongings. A year after I was shot my fiancée left me, which was probably for the best.

"I believe that what happened was meant to happen. I should be dead, but I am not. I am obviously meant to be around. And every day that I am still around I learn something new."

Now a motivational speaker, Simpson believes what he has endured helps others through their trauma.

"We [people with disabilities] are no different to the able-bodied. I have used my disability to show people that if something traumatic happens to you it doesn't mean that it is all over.

"It's not that I wanted to be a victim of violent crime, but I have survived."

The figures are more than alarming - they are terrifying.
Ideas
4 years ago

Sexual offences declined by 4.3% overall‚ and rape by 4%‚ according to the latest crime statistics.
News
4 years ago

Mugger alert: Street robberies up by 38.6% over five years