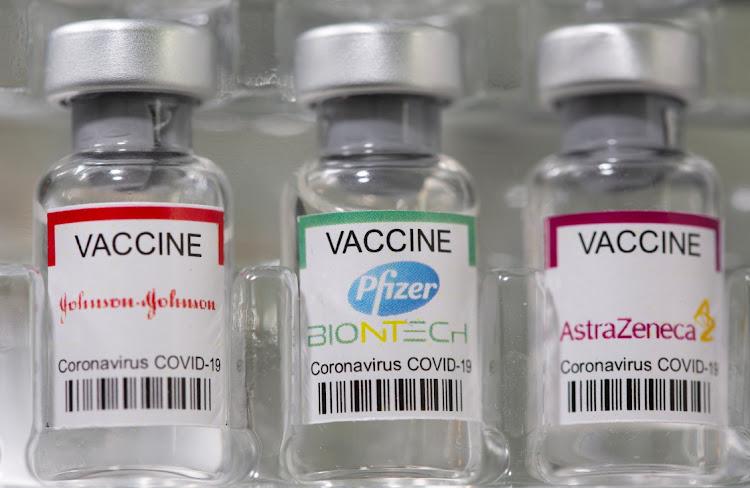 There are no known cases in SA of the B.1.617 Covid-19 variant, but several people — including three who flew in from India — are having their positive samples tested.

This is according to health minister Dr Zweli Mkhize on Tuesday, who said that the concerns over new variants have driven “exclusion, mistrust and sometimes even racist rhetoric”.

He said the government shared people's concerns over the importation of the B.1.617 variant now circulating in India, which has been a significant factor in the Asian country becoming the global virus epicentre, with more than 300,000 new cases being reported daily.

Ramaphosa to give parliament an update on SA's Covid-19 vaccination roll-out, economic recovery plan and fight against GBV

Ramaphosa is scheduled to appear before the National Assembly for a oral question session.

He will also report on South Africa’s contribution to regional and continental efforts to address the security situation in Mozambique, his spokesman Tyrone Seale said.

"President Ramaphosa will outline details of the country’s vaccination programme following the resumption of the vaccination of health workers and in the same week as the first batch of Pfizer vaccines arrive in the country. He will also deal with progress in the implementation of the economic reconstruction and recovery plan, including recent announcements on the expansion of the country’s energy generation capacity, the work of Operation Vulindlela and the successful first phase of Presidential Employment Stimulus. He will address challenges in the implementation of the national strategic plan on gender-based violence and femicide, which was launched just over a year ago," said Seale.

Health minister Dr Zweli Mkhize has conveyed condolences to the families of the two victims who died on Tuesday when a ward at Modimolle's FH Odendaal Hospital in Limpopo was gutted by fire.

Other patients were rescued and Limpopo health MEC Dr Phophi Ramathuba attended to the emergency.

“We were deeply saddened to learn of the death of two patients after a fire that broke out at the FH Odendaal Hospital's Covid-19 ward. We convey our sincerest condolences to the families who have suffered this devastating loss, while they must have still hoped to see their loved ones returned to them from hospital,” Mkhize said.

Transnet National Port Authority confirmed on Tuesday evening that 14 crew members of a cargo bulk carrier that sailed to Durban from India have tested positive for Covid-19.

TimesLIVE reported earlier in the day that the vessel which docked at the Durban harbour on Sunday is being quarantined after a crew member died during the 17-day journey.

This comes as the Indian subcontinent has emerged as the global pandemic epicentre and is reporting more than 300,000 new Covid-19 cases a day. The new cases and associated fatalities are largely driven by the B.1.617 variant.

Fourteen crew positive for Covid-19 on cargo ship that sailed from...

At least 16 crew members from two vessels docked at the Gqeberha harbour have tested positive for Covid-19.

Not a god: Taiwan defends health minister amid uptick in Covid-19 cases

Taiwan Premier Su Tseng-chang defended the island's health minister on Tuesday amid a rare uptick in domestic Covid-19 infections, saying that even if he were a god reborn on earth he could not protect against every eventuality.

Not a god: Taiwan defends health minister amid uptick in Covid-19...

‘How quickly can we roll them out?’ — Health products regulator on Covid-19 vaccinations before third wave

As SA prepares for the second phase of the Covid-19 vaccine rollout, SA Health Products Regulatory Authority (Sahpra) chairperson Prof Helen Rees says the real challenge will be the pace at which people are vaccinated to curb the spread of the coronavirus.

‘How quickly can we roll them out?’ — Health products regulator on...

After reporting very few local infections for months, numbers have increased over the last week, mainly linked to an outbreak at a hospital.

Though the cases are only a fraction of the number being reported among Singapore's Southeast Asian neighbours, a jump in infections would be a setback for the Asian business hub, which has successfully contained its earlier outbreaks.

Eli Lilly to donate 400,000 tablets of its Covid-19 treatment to India

Eli Lilly and Co said on Tuesday it would make an immediate initial donation of 400,000 tablets of its Covid-19 treatment to the Indian government for eligible hospitalized Covid-19 patients.

A US Air Force jet touched down with oxygen cylinders and aid as the US, UK and other countries around the world raced to donate supplies to India amid medical shortages.

An Indian cargo bulk carrier which docked in Durban harbour on Sunday is being quarantined after a crew member died during the 14-day journey from India to SA.

Australian Prime Minister Scott Morrison, under pressure to overturn rules barring travel from Covid-19-ravaged India, said on Tuesday it was “highly unlikely” travellers would face maximum penalties of five years jail and a A$66,000 ($51,000) fine.

SA has allocated an extra R4bn to buy Covid-19 vaccines and extend a special distress grant to thousands of people hit by the pandemic, in a Special Appropriation Bill tabled by the finance minister on Tuesday.

US to authorize Pfizer vaccine for teens, NYT reports

The New York Times reported that the U.S. FDA is preparing to authorize Pfizer and BioNTech’s Covid-19 vaccine for Americans as young as 12 by early next week.

Indian opposition leader Rahul Gandhi called for a nationwide lockdown as the country's tally of coronavirus infections surged past 20 million on Tuesday, becoming the second nation after the United States to pass the grim milestone.

India's deadly second wave of infections, the world's biggest surge in coronavirus infections, has seen it take just over four months to add 10 million cases, versus more than 10 months for its first 10 million. Currently, the country has 3.45 million active cases.

Medical experts say actual numbers in India could be five to 10 times higher than those reported."

The only way to stop the spread of Corona now is a full lockdown... GOI’s inaction is killing many innocent people," Congress MP Gandhi said on Twitter, referring to the Government of India.

Prime Minister Narendra Modi's government is reluctant to impose a national lockdown due to the economic fall out, yet several states have imposed various social restrictions.

The surge in cases of the highly infectious Indian variant of Covid-19 has swamped the health system, drained supplies of medical oxygen vital for survival for those infected, and seen patients dying in ambulances and carparks outside hospitals.

Rows of funeral pyres in parks and carparks cremate the overflow of corpses.

India has postponed exams for trainee doctors and nurses in a desperate effort to fight the infections sweeping across the world's second-most populous country.

See inside hospital in India ravaged by Covid-19

CNN visited a government run hospital in Uttar Pradesh, India, and found scenes of profound suffering as the nation grapples with the coronavirus crisis.

New York, New Jersey and Connecticut will lift most of their coronavirus capacity restrictions on businesses, including retail stores, food services and gyms, beginning on May 19, the governors of the three states said on Monday.

According to a national survey conducted in the past two months among almost 2,000 South African adults, 43% of respondents attributed their change in eating habits to stress and anxiety over what the future holds, 42% said being confined to their homes led to more snacking and impulsive eating, and 28% simply ate out of boredom.

Half of South Africans gained weight as they stress ate through all...