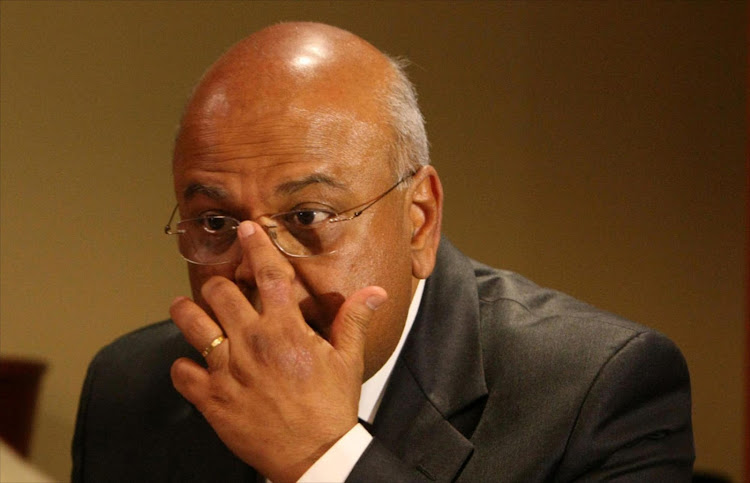 ANC policy discussions took an ugly turn yesterday when insults were hurled at former cabinet ministers, including Pravin Gordhan who was heckled for rejecting the use of the phrase "white monopoly capital".

But in the end the ousted finance minister's argument won.

Hanekom was targeted for speaking against constitutional amendments that would allow the expropriation of land without compensation, which ANC secretary-general Gwede Mantashe also warned against yesterday.

At commission No4, chaired by Sports Minister Thulas Nxesi, there were attempts to silence Deputy Minister of Public Works and SA Communist Party deputy general-secretary Jeremy Cronin after he said the ANC did not need to change the constitution to deal with the issue of land.

The two commissions, 3 and 4, were deadlocked at lunchtime yesterday. But just after 4pm it emerged that proponents of the "white monopoly capital" concept had been defeated and nine of the 11 commissions had chosen to speak of simply "monopoly capital".

The charge for "white" monopoly capital was led by delegates from the ANC Youth League and the party in KwaZulu-Natal, and by former youth league leaders Pule Mabe and Sindiso Magaqa.

"They came ready to read from the same notes. They kept insisting that the ANC must agree on 'white monopoly capital'; there must be expropriation of land and they also said a few things about a state bank, but not too much," an insider said.

Kwazi Mshengu, chairman of the youth league in KwaZulu-Natal, confirmed that the meetings had been heated.

Land grab 'will lead to crisis'

The push for the expropriation of land without compensation is such a radical policy shift that it is likely to plunge the country into "deeper ...
Politics
4 years ago

"There were very serious, heated debates, particularly on the issues around expropriation of land without compensation and white monopoly capital. It has been really heated from the beginning until now.

"I'm not going to mention names, but obviously there were some comrades that were saying there's no such thing as 'white monopoly capital', just 'monopoly capital' and they were vigorous in advancing that view. As the youth league we were also very vigorous with the support of other provinces to say it is insufficient to simply categorise 'monopoly capital'."

Sources said Hanekom drew the wrath of delegates when he said the proposal to amend the constitution was "nonsense".

Nkosazana Dlamini-Zuma, who is the preferred candidate of the pro-Zuma camp in the ANC succession race, also spoke during the meeting at the behest of the youth league.

"She made sober points ... she didn't get into the fight about expropriation without compensation but spoke about what we really need for our economy," the source said.