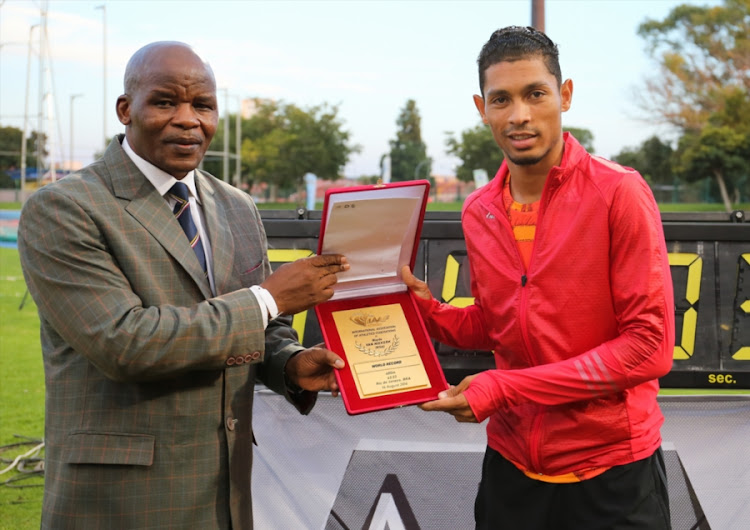 A new local track and field series could usher in one of the most mouthwatering all-South African sprint rivalries next year as Anaso Jobodwana and Akani Simbine ready to go head to head for the first time.

The speed merchants competed at their first world championships in Moscow in 2013‚ but fate has kept them apart. Until now.

The Athletix Grand Prix‚ boasting total prize money of R1,365 million‚ will feature three meets‚ but that could grow in future years‚ said Michael Meyer‚ managing director of the Stillwater Sports agency which is organising the series alongside Athletics SA (ASA).

With Olympic and world champion Wayde van Niekerk out injured until late into next season‚ SA’s premier sprinting showdown could well be between 25-year-old Jobodwana‚ the 200m world championship bronze medallist from 2015‚ and 24-year-old Simbine‚ fifth in the 100m at the Rio Games.

This will be the first locally sponsored track-and-field series in six years‚ and with the promise of international athletes being brought out‚ it has the potential to resemble the long-defunct Engen Series.

“I think South Africa is the top sprinting nation in Africa‚ so we’ll have to look elsewhere for sprinters to come out as challengers‚” said Meyer‚ adding he had been talking to foreign athletes already so they could schedule the series into their training plans.

The meets are scheduled for Ruimsig on March 1‚ Tuks on March 7 and Paarl on March 22.

Meyer said announcements on the series sponsors and international athletes would begin next month.

ASA President Aleck Skhosana said athletes could use the meets to sharpen up ahead of the Commonwealth Games in Gold Coast‚ Australia‚ in April.

Salute to Tannie Ans, the wind beneath Wayde's wings

While many her age line up in long queues at the South African Social Security Agency (Sassa) collection points for their monthly pension grants, she ...
Sport
4 years ago

Athletics SA (ASA) is at it again‚ this time demanding medal-winning performances from some athletes just to make the national team for the 2018 ...
Sport
4 years ago