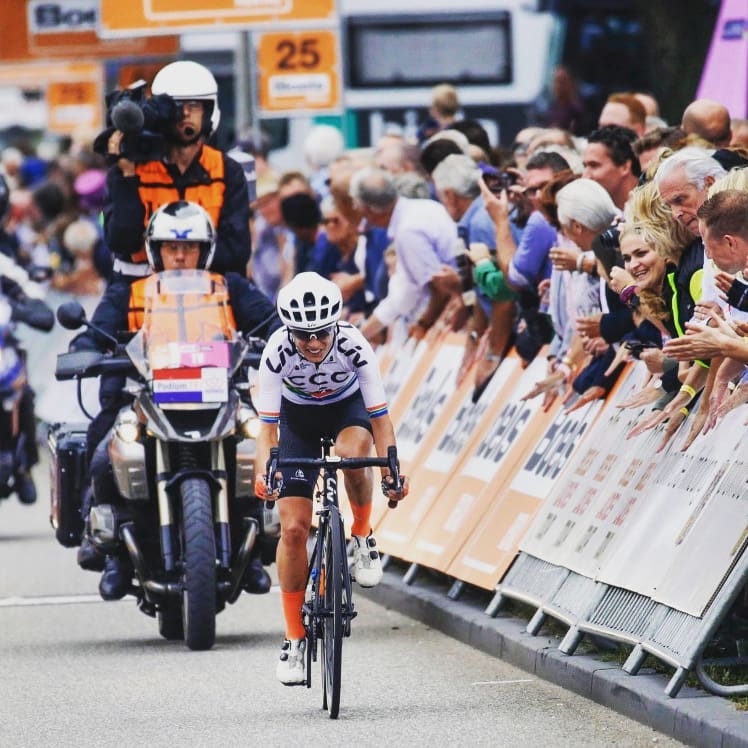 Ryder‚ manager of Team Dimension Data‚ which will race as NTT Pro Cycling from next season‚ described Moolman-Pasio as “one of South Africa’s greatest female sports stars”.

“I believe — and I’ll put it in writing — Ashleigh will be an Olympic and world [championship] medallist next year.”

The last SA cyclist to win an Olympic medal was Alfred Swift in the time trial at Melbourne 1956‚ although none of the nation’s eight gongs in that sport have come in a road race.

Tuesday was the final day for cyclists to earn ranking points‚ and standings meant the SA women’s team could enter four riders and the men three.

But the gap between Moolman-Pasio and the next best women’s rider is so large that she will probably be unable to rely on team support for medal.

“She has to ride with the stronger teams and be lucky in the end‚” said Ryder‚ adding she would probably employ a better strategy and be prepared overall for the race than she was in Brazil.

He reckons Moolman-Pasio‚ even without effective support riders‚ is a stronger medal opportunity than the men’s team‚ which could feature two of his NTT cyclists.

Ryder‚ who competed at the 1996 Olympics in Atlanta and was team manager in Rio‚ is hoping two of his three team members — Louis Meintjes‚ Nicholas Dlamini and Ryan Gibbons — can make the SA men’s team alongside Daryl Impey.

Meintjes‚ who finished seventh in Rio‚ must improve after a long spell of poor form.

“We’re hoping he’s going to have an exceptional year next year. He’s had a really difficult two years‚ mostly because of accidents.

“But he does need to change the way he races. He has to be more attentive‚ race near the front‚ bet on himself a bit more.

“The sport has changed. Gone are the days where you can start at the back and move your way through … it doesn’t happen anymore.

"The race is to the climb. He needs to change a few things.

“Louis is potentially our best hope.”

Impey isn’t a climber per se‚ but he’s a great team player.

“It thanks to Daryl that Louis did so well in Rio. Daryl is the best teammate.

“From our perspective we’d like Nick Dlamini to go. He’s a bulldog‚ he’s a good climber.

"Nick is an outsider who can add a lot … Nick has a chance of riding the Tour de France next year.”

The 2020 world championships will be staged in Switzerland in late September‚ after the July 24-August 9 Games in Japan.

SA's rugby sevens women are African queens, but no tickets for Olympics

SA Women's Rugby Sevens captain Zintle Mpupha said the decision regarding them not going to next year's Olympics in Tokyo was heartbreaking.
Sport
2 years ago

The government wants change at the SA Sports Confederation and Olympic Committee (Sascoc) - as soon as possible.
Sport
2 years ago