Kagiso Rabada the only SA player in ICC Test team 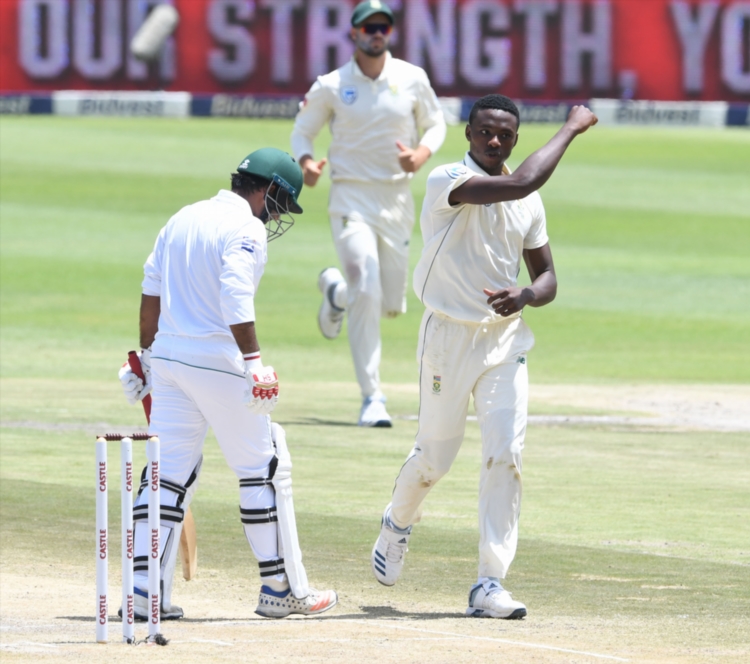 Kagiso Rabada of the Proteas celebrates the wicket of Sarfraz Ahmed of Pakistan for 50 runs during day 2 of the 3rd Castle Lager Test match between South Africa and Pakistan at Bidvest Wanderers Stadium on January 12 2018.
Image: Lee Warren/Gallo Images

You might think the Test team ranked second by the International Cricket Council (ICC) would crack a fair few nods in the ICC’s “Test team of the year”.

South Africa are that second-placed team‚ but in the ICC XI announced on Tuesday only Kagiso Rabada has earned a place.

Leaving him out would have been difficult seeing as he’s the No. 1 bowler as decided by the ICC themselves.

Part of the explanation for the paucity of South Africans is that the year in review was 2018 — and that they were in fourth place going into their series against Pakistan‚ which started on December 26.

Faf du Plessis’ team won six of the 10 Tests they played last year and lost the other four.

The top side in the rankings‚ India‚ have three players in the side and one of them‚ Virat Kohli‚ is the captain. India’s record in 2018? Won six Tests‚ lost seven.

The lack of logic in the ICC’s team‚ which was picked by what a release called a “voting academy” that comprised former players‚ journalists and broadcasters from across the cricket world‚ doesn’t stop there.

There are also three players in the team from New Zealand‚ who are fourth in the standings‚ but none from England‚ who are third.

And is it right that the fourth and sixth ranked players in the batting rankings aren’t in the side because their names are Steve Smith and David Warner‚ convicted ball-tamperers both?

Maybe‚ considering there was space only for four of the top 10 — Kohli‚ Kane Williamson‚ Henry Nicholls and Dimuth Karunaratne.

Three of the bowlers in the team — Rabada‚ Mohammad Abbas and Jason Holder — are in the top 10.

Kohli also captains the ICC’s ODI selection‚ which features three other Indians‚ four England players and one each from New Zealand‚ Bangladesh and Afghanistan.

South Africa knew coming into the series that Pakistan would not be a walkover.
Sport
3 years ago

And not a single South African.

With a World Cup coming ready or not‚ that’s a worry for them.

Then again‚ considering the Test team‚ perhaps not.

ICC teams of the year: