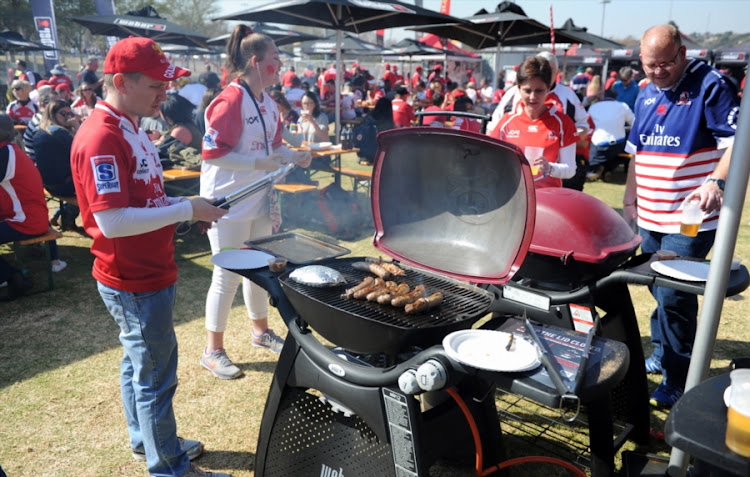 When Dane Coles was suitably bemused as to why South African scribes who were interviewing him were warmly dressed on Thursday, he had a point.

The Highveld hardly has the Hurricane force winds that pump through the Cook Strait and whip up a storm at the Westpac Stadium. It was those same winds with driving rain that froze the Lions in last year's final.

At least the Lions had the weather behind them, even though New Zealand teams relish playing on the Highveld despite the thin altitude's lung-bursting capabilities.

Their superior conditioning often bails them out where most teams are often out on their feet in the last quarter. The New Zealand side have long found out how to live on the Highveld.

The All Blacks last lost a Highveld test match in 2014 and haven't lost to the Springboks at Loftus Versfeld since readmission.

The New Zealand Super Rugby sides who had the fortune of visiting the hapless Bulls and Cheetahs didn't drop a game in Pretoria and Bloemfontein.

However, trips to Doornfontein have been a different beast in the past three years even though the Hurricanes found considerable success here last year.

Their fast start was again an indication of how comfortable New Zealand sides which the conditions they are presented with.

Again, it was a pity the venerable Ellis Park didn't sell out, but the fact there were so many red and grey seats not only highlighted the tedious nature of Super Rugby, but the fact rugby tickets are priced well out of the market.

Ellis Park may have decent seating all round but it's tough to expect fans to fork out R380-R450 for the best seats in the house.

The cheapest were R80 in the corners and that amount guarantees you the best seats at soccer fixtures.

It's a no brainer as to why blue-chip soccer matches will continue to attract better crowds even though attendance is still a problem.

Ellis Park could have and should have done better considering the 2.30pm kick-off is the best one for supporters.

However, not even Christchurch was sold out over the past two weekends despite the home side seeing off the Highlanders and Chiefs on successive weekends. Super Rugby is indeed in need of rejuvenation.