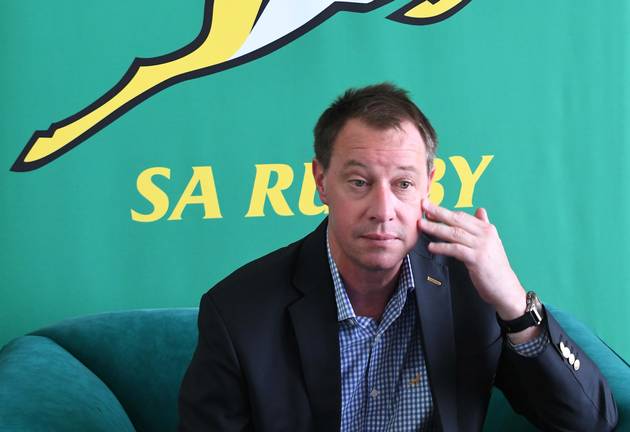 SA Rugby will be waiting anxiously on Tuesday for the announcement of World Rugby’s preferred candidate to host the World Cup in 2023‚ which is a crucial step towards winning the bid.

The official announcement of whether‚ France‚ Ireland or South Africa will host Rugby World Cup 2023 will only be made on November 15 when the World Rugby Council members vote to decide the host country.

But it would be highly irregular if the votes went contrary to the recommendation of the RWC 2023 Bid Evaluation Report‚ which will be announced on Tuesday.

Publicly releasing the outcome of the appraisal by a panel of experts from within rugby and other professional spheres‚ makes the bidding process much more transparent and will minimise horse-trading for votes on November 15.

SA’s bid has met with all World Rugby’s requirements and exceeded them in most cases.

Most crucially national government‚ which initially held back on supporting the bid under former Sports Minister Fikile Mbalula‚ has guaranteed World Rugby revenue of £160 million (R2,9 billion)‚ which is £40 million more than the minimum requirement.

SA’ bid book also projects sales of a record 2‚9 million tickets while all the stadia are already built – a legacy of hosting the 2010 FIFA World Cup.

A significant team of internal and external functional area experts has carried out the evaluation against weighted criteria that reflect World Rugby’s key objectives.

The host candidate which achieves the highest score will be recommended by the Rugby World Cup Board as RWC 2023 host.

Independent consultant The Sports Consultancy has scrutinised every aspect of the evaluation to ensure all candidates have been treated fairly and that the agreed criteria have been consistently applied.

The weighted criteria categories agreed by RWCL Board and Council and communicated to host candidates are based on World Rugby’s objectives are:

When votes are cast on November‚ Ireland‚ France and SA‚ as bidding countries‚ are unable to vote.

Therefore there are 39 votes in total remaining.

In the event that none of the host candidates receives a simple majority in the first round‚ the candidate with the least number of votes will drop out before a second ballot.

After a superb Currie Cup final performance Western Province No 8 Nizaam Carr will this week join London side Wasps on a short-term three-month ...
Sport
4 years ago

ANALYSIS: Springboks light at inside centre and No8

The 34-man Springbok squad chosen for the November tour to Ireland‚ Europe and Britain is light on specialist inside centres and number eights and ...
Sport
4 years ago

Am, Gelant get Bok call-ups

Sharks centre Lukhanyo Am and Bulls fullback Warrick Gelant are new additions to the Springbok squad named on Sunday for the November tour to ...
Sport
4 years ago

What a way to disappoint dad