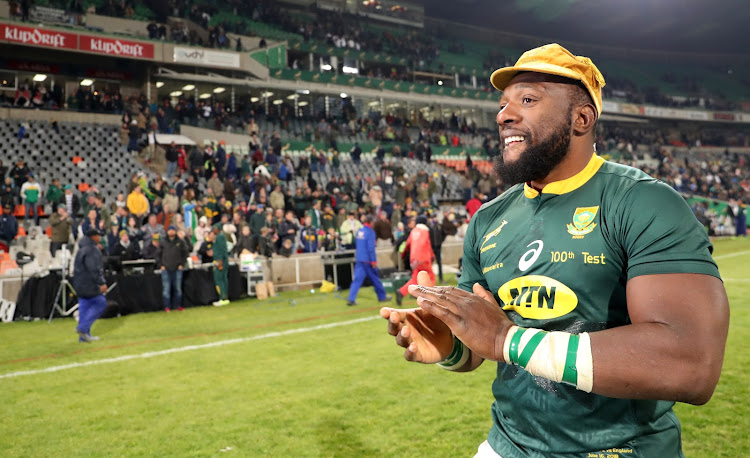 Retired Springbok legend Tendai Mtawarira opens up about making 'so much money' during his first year of professional rugby.
Image: Muzi Ntombela/BackpagePix

While many tend to shy away from talking about money, largely for fear of being judged, that they would be seen as bragging, or get taken advantage of, this is the opposite for Tendai “Beast” Mtawarira.

The Springbok rugby legend recently opened up about his finances and how he made “so much money” during his first year of professional rugby.

Speaking on 702, the Zimbabwean-born star said he came to SA with R2,000 to his name and got into rugby to change his life and provide for his family.

“In Zimbabwe, things were really bad when I left, around 2004 and 2005. The economy was on the brink of collapsing. We didn’t have much and my parents tried giving me the best start in life,” he said.

Mtawarira said the turning point in his career was in 2007 when he played for the Sharks based in Durban.

“That's when there was a significant bump in my earnings. I had to pinch myself because I had so much money. It was ridiculous! I could afford to buy a car, house, and many Nando's chickens in a week,” said Mtawarira.

Mtawarira threw in the towel as a rugby player in 2019 after a monumental performance in his final match in the World Cup final in Yokohama.

It was his third appearance at the World Cup, after the 2011 quarterfinal and 2015 semifinal losses.

“I am thrilled and truly honoured to be involved with Roc Nation Sports. The brand is dynamic and forward-thinking and that’s exactly what I need in this next chapter of my life‚” Mtawarira said.

Adjusting to life post-retirement, Mtawarira has completed his postgraduate diploma in management and is set to start his MBA in June.

“The biggest thing for me was to depart on my own terms, to go out on the highest of highs. I left with a big smile on my face,” he told TimesLIVE.

“The Beast has been up to a lot of things, you know. I have been working for Fidelity for the last 10 years. I run a subsidiary. That has been keeping me very busy. On top of that, I have been studying. I have completed my postgraduate diploma and I'm about to start my MBA in June,” he added.

He was the Springbok No1 in more than 100 Tests and it perhaps stands to reason Tendai 'Beast' Mtawarira stepped away from the game after triumph on ...
Sport
3 weeks ago

A Beast of a side: Bomb Squad still has bang for their Bok

Lungi Ngidi's comments about support for the Black Lives Matter movement sparked fierce debate on social media, with a number of former Proteas ...
Sport
4 months ago
Next Article