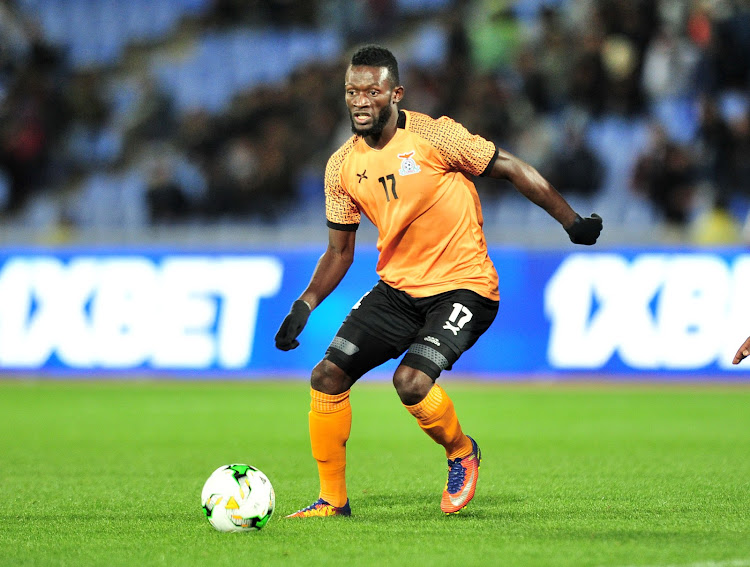 Augustine Kabaso Mulenga of Zambia during the 2018 CHAN quarter finals football game between Zambia and Sudan at the Grand stade Marrakech in Marrakech, Morocco on 27 January 2017.
Image: Samuel Shivambu/BackpagePix

Orlando Pirates have announced the signing of Zambian striker Augustine Mulenga from Zanaco FC on a three year deal.

Mulenga‚ who is the reigning Zambian Footballer of the Year‚ joins the likes of Xola Mlambo‚ who joined from Bidvest Wits this week‚ and Diamond Thopola and Phetso Maphanga‚ who arrived from Chippa United in December.

“We are delighted to have finally secured the services of Augustine‚" said Pirates administrative officer Floyd Mbele.

"He is an accomplished player who has all the qualities to make an immediate impact at the club.

"I would like to thank Zanaco management for their professionalism during negotiations.”

Mulenga is expected in South Africa next week following his participation in the 2018 CHAN tournament where he was Zambia’s top goal scorer in the competition.

Muhsin Ertugral says there is no bad blood between him and former employers Orlando Pirates‚ who he faces on Wednesday with his new club Ajax Cape ...
Sport
3 years ago

Mamelodi Sundowns coach Pitso Mosimane has completed a 360-degree turn on his player policy and says he will not keep and horde players.
Sport
3 years ago