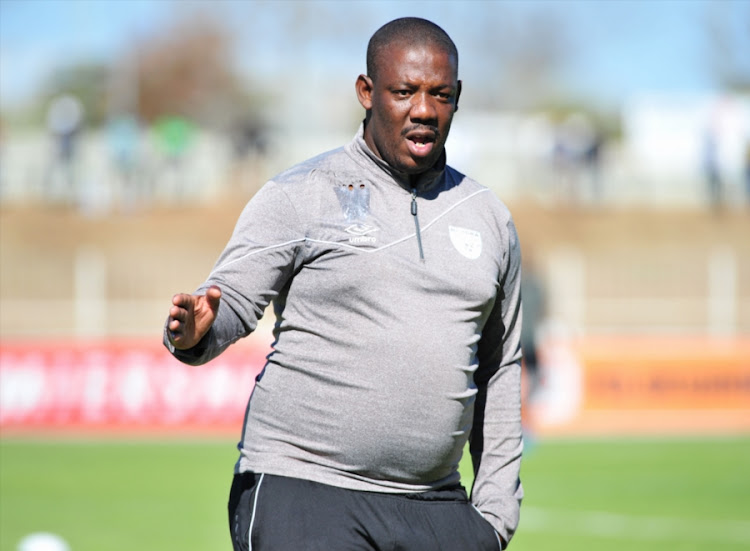 The suspension of Baroka FC head coach Kgoloko Thobejane has presented MacDonald Makhubedu with his first opportunity to manage a team in the PSL and he is looking forward to the experience like a kid in a candy store.

The 35-year Makhubedu‚ who has coached at all levels of South African football‚ will be in charge of Baroka when they take on Platinum Stars in the Nedbank Cup‚ last 32 clash at the Royal Bafokeng in Rustenburg on Wednesday.

“I am excited to finally get my chance to coach a team in an official match in the PSL and I hope the experience will be a good one‚" he said on Tuesday.

"This is the highest level of football in South Africa and it will definitely be the highlight of my career so far.

“I have coached at every level of South African football from junior schools and I am just about to take charge of my first game in the PSL.

"I want this experience to be a good one for me‚ the club and our supporters who have been with us through thick and thin‚” he said.

Baroka visit Stars‚ who are struggling in the league as they are stranded at the foot of the log standings with 16 points after 20 matches‚ and Makhubedu urged his players not to underestimate Dikwena in front of their own supporters.

“They have not performed well this season but they remain a dangerous side to play against because they have a good technical team and they have boosted their squad during the transfer window with good players like Riyaad Norodien and Ayanda Gcaba.

"In fact‚ I don’t think they belong to be where they are at the moment because they have a good team and we must be on top of our game to be able to beat them.”

Makhubedu‚ who will be assisted by Baroka’s Multichoice Diski Challenge head coach Matsimela Thoka‚ said their preparations have gone smoothly since he took over last week Wednesday with the players showing good attitude at training.

“Our sessions have been good since I took over the team last week and I am confident that the boys will give a good performance and help us to get to the next round.

"Everybody is available for selection and we just have to go out there to do the job and book a place in the second round.

"This club has a special connection with this tournament and hopefully we can make an impression this season‚” he said.

Egyptian striker Amr Gamal could leave Bidvest Wits before the end of his one-year loan after struggling for game time this year.
Sport
4 years ago