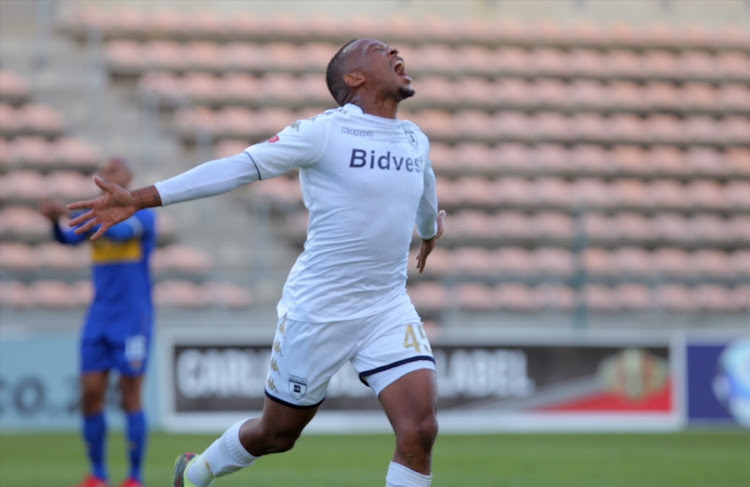 Gavin Hunt says his BidVest Wits team are now the form side in the Absa Premiership after they catapulted into the top eight on Saturday night with a 2-1 away victory over Cape Town City that might have come at considerable cost.

Lehlohonolo Majoro netted twice against his former side to give the reigning league champions a victory that has now seen Wits take 17 points from the last 21 available.

But fellow striker Gabadinho Mhango was forced off early with what Hunt suspects is a broken ankle‚ though the medical team have yet to produce a full diagnosis.

“I think he’s got a broken ankle by the sounds of things. But it wasn’t a foul‚ was it?” Hunt said ruefully after referee Khulasande Qongqo failed to blow for what appeared a meaty challenge on the Malawian.

Hunt had plenty of praise for his side though‚ which included a first appearance (and an assist) for right-wing Abednego Mosiatlhaga‚ who had been on loan in the first half of the season at Stellenbosch FC in the National First Division‚ and a place in the midfield for Keegan Ritchie.

“I thought we were good‚ the first half there was no problems‚ they never looked like scoring‚” Hunt said.

“First shot on target they had went in and I thought‚ ‘here we go again’. But we showed a lot of resilience and kept our cool.

“Once they got the goal they had a little bit of impetus‚ but I thought we were good value.”

Wits have now made it into the top eight after spending much of the first half of the season in the relegation zone‚ and Hunt says he does not know how far up the table they can go.

“The most important thing for us is our situation. We have 28 points. I said to them [the players]‚ ‘I think we can catch Cape Town City’ and they all laughed at me because City were 20 points ahead of us. Now they are three.

“Who knows where we can come? Our form is good‚ we have more than two points per game in the second round and that’s what you want. It's the best form in the league.

“Our first round was diabolical‚ we had such a bad start. But a couple of new signings have been good for us‚ a bit of freshness in the team and we are still missing a lot of players‚ a lot of good players.

“But there is a long way to go‚ we have got eight games to go.”

Next up for Wits is a home game against Baroka FC on Friday night.