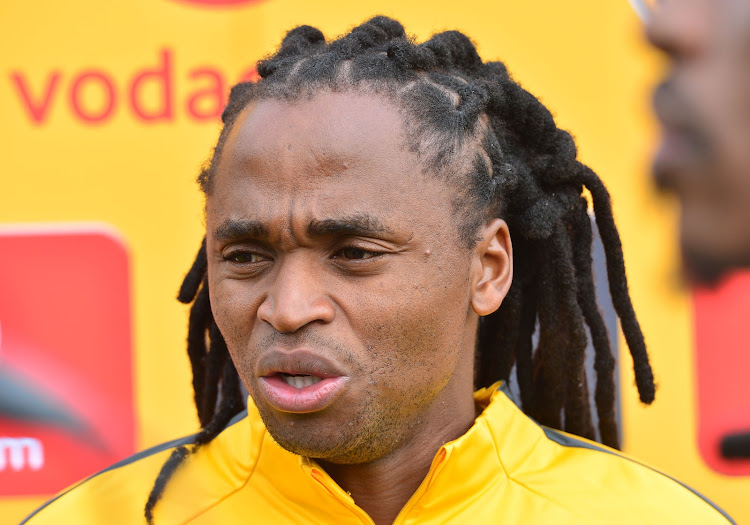 Kaizer Chiefs fans tell Siphiwe Tshabalala‚ when he encounters‚ that they “want trophies”‚ the veteran Amakhosi star said on Thursday.

Tshabalala was asked whet Amakhosi fans say to him when they meet him in the street‚ as currently the Soweto giants battle to prevent a third season without silverware.

Speaking at Chiefs Naturena headquarters on the day after their four minutes and 30 seconds into injury time escape against Free State Stars at Goble Park on Wednesday night‚ Tshabalala said: “I think their message is clear and simple – ‘We want trophies. We want to win games‚ and just put smiles on our faces and at least win us one this season’.

The 33-year-old midfield star said Chiefs will take wins any way they can at this death end of the season‚ even ín the manner of the Absa Premiership victory earned by Teenage Hadebe’s dying-seconds header of Tshabalala’s free-kick in Bethlehem‚ making the final score 1-0 against Stars.

“The most important thing is to win. Sometimes it will come easy‚ other times‚ like last night‚ you have to grind and you get that chance in the 94th minute and win‚” Bafana Bafana’s 2010 World Cup star Tshabalala said.

“Now that it’s the final hurdle (this season)‚ it’s tough. There are teams fighting to be in the top three‚ fighting for league honours‚ others for the top eight or to avoid relegation.

Chiefs battled their way back up to third place in the PSL with their last-gasp win.

At six points behind second-placed Pirates and seven from leaders Mamelodi Sundowns‚ who have played a game less‚ Amakhosi remain firm outsiders in the league title race.

Their best chance of ending their trophyless spell is in the Nedbank Cup‚ where Chiefs meet Stars again in their semifinal at Durban’s Moses Mabhida Stadium on Saturday‚ April 21.

Liverpool have apologised to Manchester City after bottles were thrown at their team bus as they arrived at Anfield for the Champions League ...
Sport
4 years ago

Gauteng-based Kaizer Chiefs fans will have to travel to Moses Mabhida Stadium in Durban on April 21 if they want to watch their beloved club take on ...
Sport
4 years ago

Orlando Pirates coach Milutin Sredojevic was more than chuffed to have out-pointed his lecturer Veselin Jelusic but in the bigger scheme of things‚ ...
Sport
4 years ago

Benni McCarthy was left mystified by the performance of his Cape Town City players in the 1-0 home Absa Premiership loss to Lamontville Golden Arrows ...
Sport
4 years ago