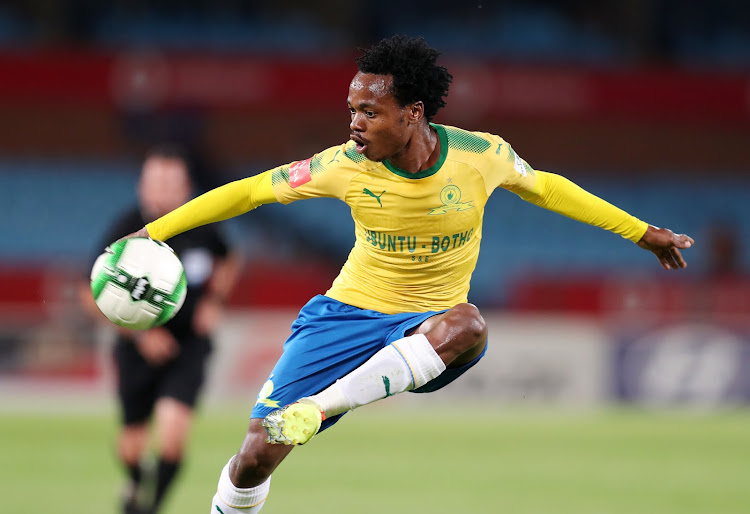 Brighton and Hove Albion have tabled a final offer for Percy Tau that is believed to be in the record-shattering region of R50-million and could even increase even further with performances clauses.

Tau's club Mamelodi Sundowns could earn up R65-million from the deal‚ easily surpassing any previous fee for a South African footballer and going some way to recouping the profligate spending of owner Patrice Motsepe over the last decade.

But the deal now stands at a crucial juncture‚ according to a representative of the English Premier League club‚ who did not want to be named but has‚ on Wednesday‚ been speaking exclusively to TimesLIVE.

Wantaway Mamelodi Sundowns star Percy Tau has still not reported for duty at the club's pre-season camp at the Royal Marang Hotel in Rustenburg and ...
Sport
4 years ago

They are frustrated that the deal remains inconclusive‚ even though Brighton made a first approach to Sundowns as far back as March with efforts to sign the Premier Soccer League’s Player of the Season.

They say their final offer has now been made and if not accepted‚ within 24 hours‚ they will walk away from the deal.

It represents the last chance for Sundowns to make money out of Tau‚ who is desperate to go and try his luck overseas.

The 24-year-old Tau is already boycotting Sundowns’ pre-season training because he feels promises made to him are being reneged upon.

Tau was told the club would not stand in his way if he got a chance for an overseas move to one of the top five leagues in Europe.

The South African Footballer of the Year has told Sundowns management that he will only sign a move to Brighton - whether it is now or in 12 months time.

With a massive transfer fee on the table‚ it is baffling what is keeping Motsepe from signing on the dotted line.

Tau has just a season left on his Sundowns contract and Brighton have told TimesLIVE they would wait until January and sign Tau on a pre-contract‚ thereby picking him up for free this time next year.

Germany coach Joachim Loew will stay in his post despite his team's group stage elimination at the World Cup in Russia, the German Football ...
Sport
3 years ago

But Brighton would rather strike a deal that benefits all parties now‚ the representative said.

Sundowns have already taken a major financial hit this year‚ turning down an R18-million offer from FK Qarabaq of Azerbaiijan in January for Khama Billiat‚ when it was already clear he would not sign a new deal.

Instead he has now moved across the league to Kaizer Chiefs on a free transfer.

Sundowns are in danger of gaining a reputation for promising players one thing and then doing another.

England finally ended their penalties curse when they beat Colombia 4-3 in a shootout after drawing their World Cup last-16 clash 1-1 following extra ...
Sport
3 years ago

Keegan Dolly had to stand his ground before he was eventually sold to Montpellier in France in another example of a player who was assured he could go overseas when an offer was received but then in reality having to resort to lawyers to get the deal done.

It also happened after the 2010 World Cup when fullback Siboniso Gaxa got an offer from Belgium.

He also had to jump through hoops before eventually joining Lierse.