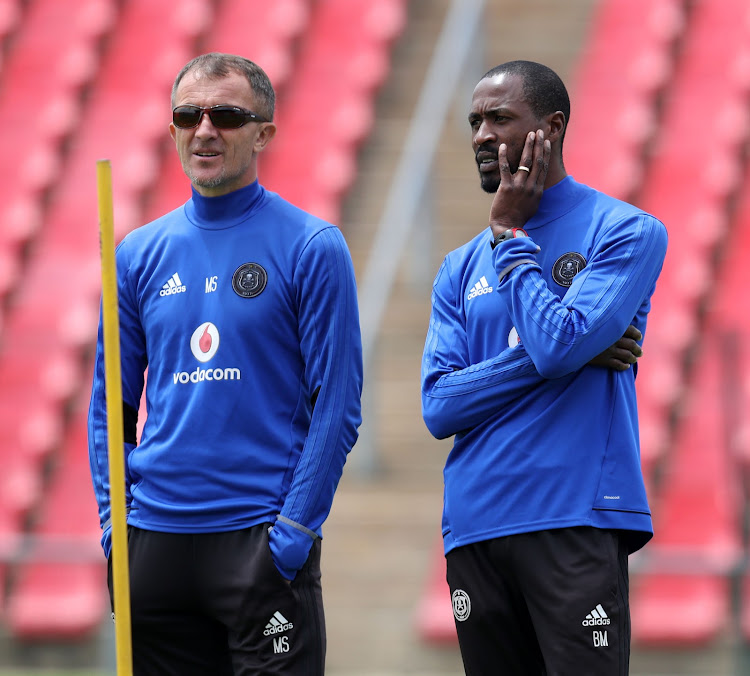 Mhlongo had been serving as one of Pirates’ two assistants to head coach Milutin Sredojevic‚ along with Rhulani Mokwena.

Sporting are the Mpumalanga team who have been promoted to the First Division from the ABC Motsepe League.

Pirates said on their website: “Benson Mhlongo has received the Chairman Dr Irvin Khoza’s blessings to leave the Club and pursue his dream of becoming a head coach.

AmaZulu general manager Lunga Sokhela invited a torrent of furious reaction with a comment made on social media that Premier Soccer League (PSL) ...
Sport
3 years ago

“After spending two seasons as assistant coach at the club‚ the 37-year old is now ready to make the jump to assume a head coaching role at newly promoted National First Division outfit TS Sporting.

“Mhlongo‚ leaves the Club having amassed a wealth of knowledge where he was exposed to three different head coaches at the Club‚ including a stint as head coach of the Orlando Pirates Multichoice Diski Challenge team.

BidVest Wits coach Gavin Hunt hopes his search for a striker who can get 15-20 goals in the Premier Soccer League season is over after the arrival of ...
Sport
3 years ago

“On behalf of the Orlando Pirates family we would like to wish Benson the best of luck in his future endeavours.”