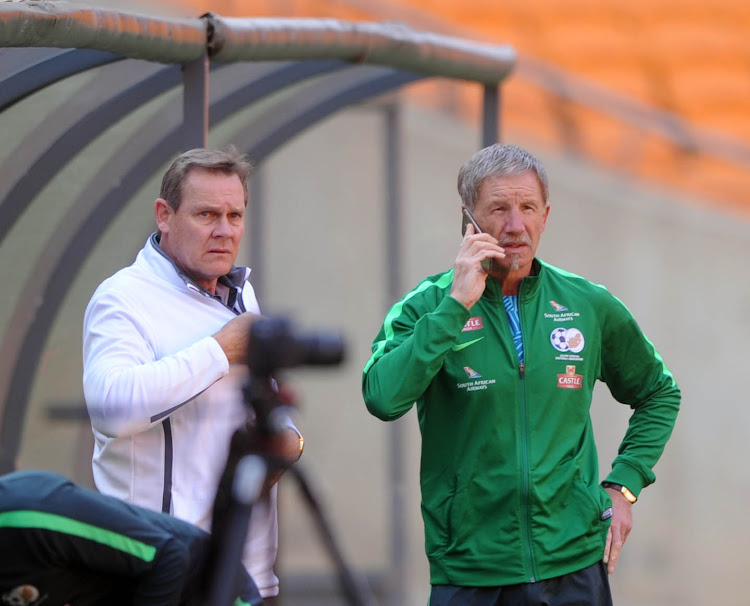 Bafana's costly 0-0 home draw with Libya has raised doubts about whether Bafana will travel to Cameroon next year but Tovey‚ who is the SA Football Association's Technical Director‚ insisted that there's no need to push the panic buttons yet.

“Yeah‚ I don’t know why people are so aggrieved‚” said Tovey on Tuesday.

“Yes I understand that we need to start winning our home matches.

"But at the same time we are well on our way to qualification.

"I don’t know why everybody is getting so excited about not qualifying.”

Although the draw against Libya didn’t rule Bafana out of qualification yet‚ concerns were raised about Bafana’s performance and failure to win at home against the North Africans.

The result at the weekend clearly demonstrated that Baxter’s team will have to work very hard if they are to line up against the continent's best teams in June next year.

Bafana are second on the Group E table behind leaders Libya‚ who head the standings on goal difference with four points after two matches.

Nigeria are now third with three points after their 3-0 win over Seychelles at the weekend.

The Super Eagles victory has made the group look more tighter going into the third round next month‚ where Bafana will play back-to-back qualifiers against Seychelles.

“There are two places up for grabs‚” said Tovey.

“We’ve got to do the job against Seychelles and I’m sure that we will.

"That will give us ten points and hopefully we can do the job and not get too far ahead of ourselves.”

Tovey said there’s no need to lose hope at this stage as Bafana did well to get an away win against Nigeria (2-0) last year.

“Why is everybody jumping up now because we’ll have ten points with Nigeria to play at home (in November)? And hopefully Nigeria and Libya will take points off each other.

“So I don’t think we’re in a crisis that everybody has been making noise about.”

Tovey feels the four points Bafana have collected are good enough to set them up for qualification.

“If you had said we would have four points after two matches before the group had started‚ I would have gone for that‚ and that’s exactly where we are right now.

“That was always the plan.

"Yes we did beat Nigeria away and yes we are disappointed by not getting three points at home against Libya.”

Bafana Bafana coach Stuart Baxter is likely to get his wish with the country’s next two home African Nations Cup qualifiers set for the FNB Stadium.
Sport
3 years ago

Marc Strydom‚ in Durban - Stuart Baxter has defended his central midfielder Dean Furman after a man-of-the-match performance by the player for Bafana ...
Sport
3 years ago