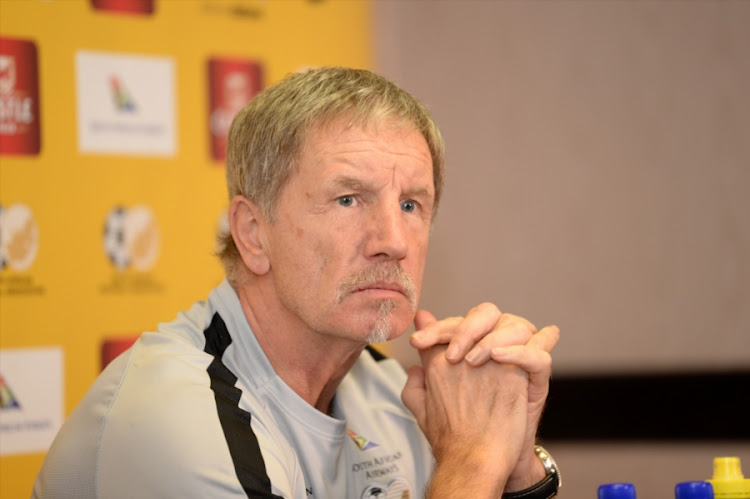 No-one expected it but the reality is that Bafana Bafana were held to a goalless draw by Seychelles in a crucial 2019 Africa Cup of Nations (Afcon) qualifier here on Tuesday afternoon.

Everything pointed to a Bafana win in the Indian Ocean island‚ but it wasn’t to be just four days after they beat ‘The Pirates’ 6-0 at FNB Stadium in Johannesburg.

The locals were predicting a Bafana win and even Seychelles coach Gavin Jeanne had a look of a man who had thrown in the towel even before his team got on the field‚ telling TimesLIVE that ‘you guys must take it easy on us’.

Not that anybody can blame him‚ because he didn’t even have enough substitutes on the bench with six instead of the normal number of seven.

During the initial stages the home crowd even clapped when their players won the ball‚ that’s how much it meant for them to see their team show some willingness to fight and the noise got louder as the match continued realising their players were not just going to lie over and get a beating like a few days ago.

But this is football and anything is possible with the round object.

Bafana raised expectations with two corners in the first three minutes‚ but struggled to create any real opportunities in the first half.

Soon it was forgotten that Seychelles’s warm up drills resembled an amateur team just passing time.

Dino Ndlovu fired wide just after half an hour‚ but it was the home side’s Nigel Hoarem who threatened with a cross before the break‚ but Itumeleng Khune‚ making his 90th appearance for the national team‚ collected.

You could almost count the number of fans at the stadium‚ probably around 2,000‚ but the longer the match went without Seychelles conceding‚ the louder they sounded‚ bringing with the confidence to their players.

Bafana’s Lebo Mothiba failed to silence them when his attempt crashed against the crossbar at the start of the second half from a cross by Ndlovu.

Mothiba could have redeemed himself moments later‚ but shot tamely at the goalkeeper‚ Jerome Dingwall.

Substitute Aubrey Modiba fired wide on 69 minutes and Dean Furman’s shot was saved later on. When Modiba missed with a header towards the end‚ the writing was on the wall.

And so it was that a nation ranked 189th in world football and with a population of under 100,000 people managed a draw (as big as a win for them) against a country ranked 73rd.

It’s a huge disappointment for the over 50 million South Africans.

If anything‚ it probably feels like a loss and qualifying for the Afcon is no longer guaranteed with a home match against Nigeria coming up next month and Libya away early next year.

Relaxed Bafana Bafana take in the sights in Seychelles

Such is the relaxed nature of Bafana Bafana's approach to their 2019 Africa Cup of Nations (Afcon) qualifier against the Seychelles that beach trips ...
Sport
3 years ago