Grobler scores twice as SuperSport cruise past Pirates in Mbombela 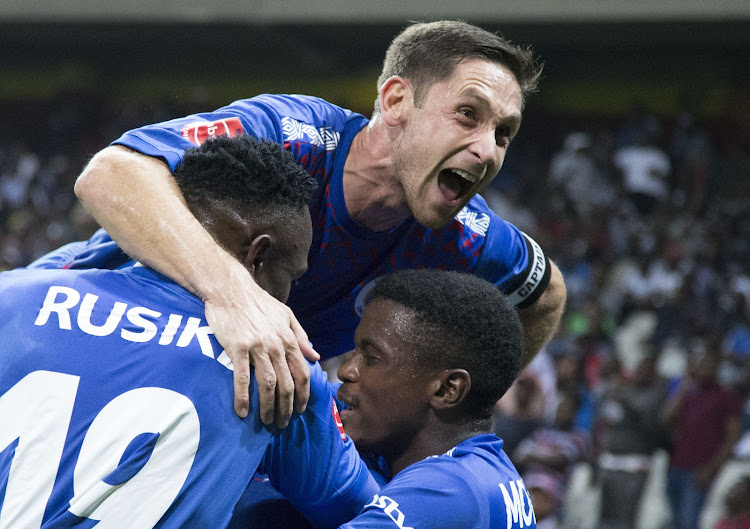 SuperSport United continued their remarkable domination of Orlando Pirates with an emphatic 3-0 Absa Premiership victory at Mbombela Stadium on Wednesday night that would have dealt a precipitate blow to the Buccaneers’ title-chasing confidence.

Bradley Grobler notched a goal-poacher’s brace with strikes in the 35th and 54th minutes, and provided the assist for substitute Ghampani Lungu's third in the 69th.

SuperSport, as they so often can against a team they just seem to love coming up against, managed the tighter, more forceful performance, their midfield three of Dean Furman, Sipho Mbule and Teboho Mokoena snuffing Bucs out, and Grobler providing the sharp end.

Pirates, under pressure, paid for sloppiness in defence. 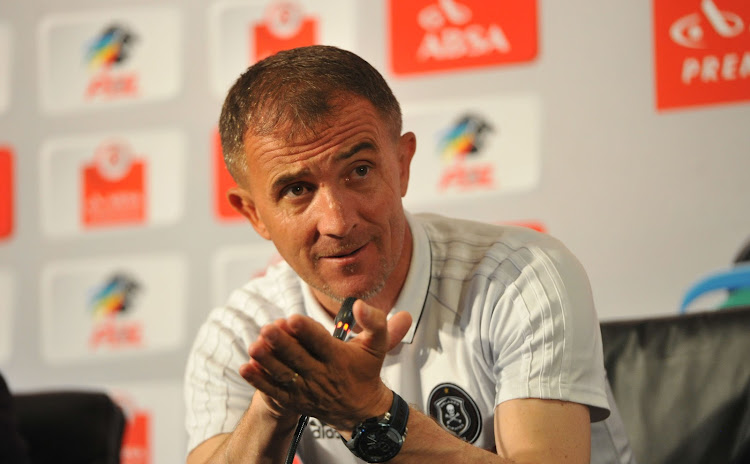 Orlando Pirates coach Milutin Sredojevic says there is something that is not clicking in his team's attack.
Image: Sydney Mahlangu/BackpagePix

SuperSport, since 2014, have lost just three out of 12 league and cup matches against Pirates.

Their victories have included two in Nedbank Cup finals (3-2 and 4-1) and the infamous 6-1 league thrashing at Mbombela in November 2016.

The first half was played at a fast pace between two keyed-up teams, both eager to get on the front foot early in the league, both aware of the stature of this match-up in that endeavour.

SuperSport edged managing to play their football in the opposition half. Pirates, though, had the first clearcut opportunity, young right wing-back Thabiso Monyane’s cross from deep finding Fortune Makaringe to glance a header that forced a good diving save from Ronwen Williams.

But SuperSport maintained the forward pressure that led to Bucs’ mistakes. Wayne Sandilands, receiving a backpass from Justice Chabalala and attempted to roll a pass back to the defender, who slipped, allowing Mbule to advance and shoot wide. 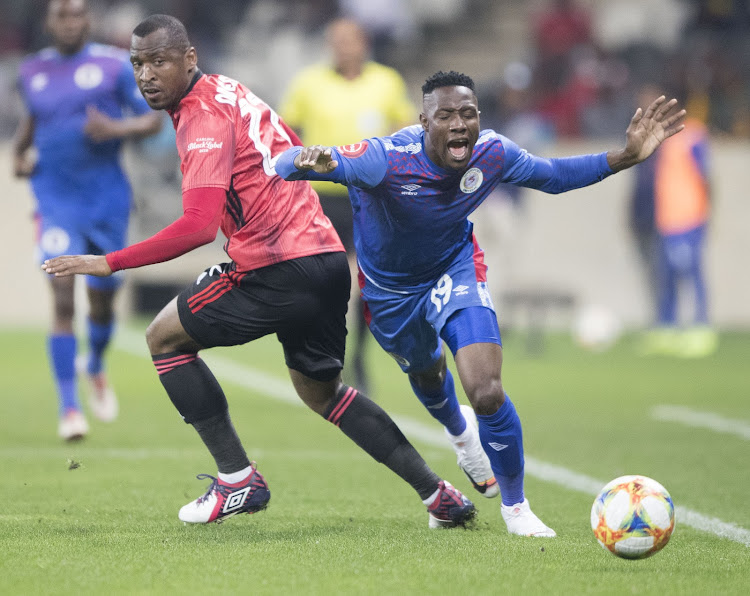 It was another troublesome backpass that led to SuperSport’s opener.

Monyane ill-advisedly attempted to head back to Sandilands with United pressing on the edge of Bucs’ area, Grobler alert to intercept and get the touch past Pirates’ keeper.

Less than 10 minutes into the second half Grobler emphatically slammed in a second.

Again there was an element of a defensive error, as Mokoena, applying pressure on the edge of the box on the right, was challenged by Innocent Maela but was persistent, won the ball back in the 50/50, and touched through to Grobler to finish past Sandilands.

Grobler turned provider for United’s third, collecting the ball on the right, looking up and picking out the run, free on the left, of Lungu who struck in low past Sandilands.