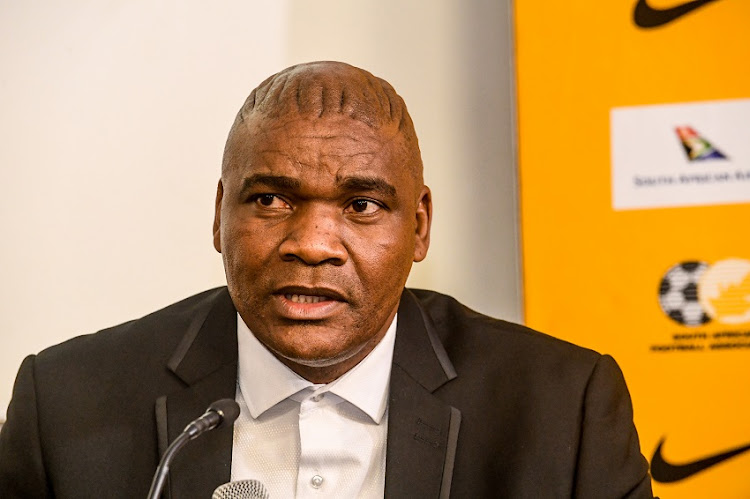 Bafana Bafana coach Molefi Ntseki has been a busy man.

When announcing his squad on Tuesday for next month’s Africa Cup of Nations qualifiers against Ghana and Sudan‚ Ntseki displayed he has been doing his homework on the fitness and form of his local and overseas-based players.

Ntseki revealed that he has been in contact with the clubs of players coming back from injuries overseas.

As a consequence‚ midfielder Keagan Dolly was not included in the squad as he has just returned to full training for Montpellier in France and not match fit.

Bongani Zungu is in squad as he has returned to training for Amiens SC but his club’s medical staff have said that he is set to play in their against Coupe de Ligue game against Angers on Wednesday night.

Dolly pulled out with an injury in Ntseki’s first camp in charge while Zungu withdrew from the 2-1 win over Mali during the Mandela Challenge in Port Elizabeth earlier this month.

On Dolly‚ Ntseki said: “In the last five minutes of the first half against Mali he got injured and he went out‚ he hasn’t played for his team.”

“We got a medical report from his club yesterday (Monday) to say that he is still struggling but he has started training with the team.”

On Zungu‚ Ntseki said: “From the medical team of Amiens‚ we have been informed that Bongani has started training and he will be playing on Wednesday.”

Ntseki also revealed he had watched Kamohelo Mokotjo’s English Championship game against Queens Park Rangers on Monday where Brentford won 3-1 and he was impressed the amount of ground covered by the midfielder.

Ntseki said he spoke to Bidvest Wits coach Gavin Hunt about the fitness of left-back Sifiso Hlanti and he recalled him to the national team after injury because he played five games for his club.

Going even better than that‚ the Bafana coach was at the Cape Town Stadium on Friday night to watch Thamsanqa Mkize’s first match back from injury where they lost 1-0 to Maritzburg United.

Such thoroughness has not always been as visible from previous Bafana coaches.

Among Ntseki’s two predecessors‚ Ephraim “Shakes” Mashaba appeared more concerned with doing homework on players in the Premier Soccer League‚ and less interested what was happening among the overseas-based players.

Stuart Baxter appeared strong on keeping tabs on players based in Europe‚ but in South Africa seemed to have an emphasis on communication with and attending the matches of a few favoured clubs.

Ntseki’s balance and emphasis on both seems highly promising.

Bafana kick off their Group C qualifying campaign for the Cameroon 2021 Nations Cup facing Ghana in Accra on Thursday‚ November 14‚ then Sudan at Orlando Stadium on Sunday‚ November 17.