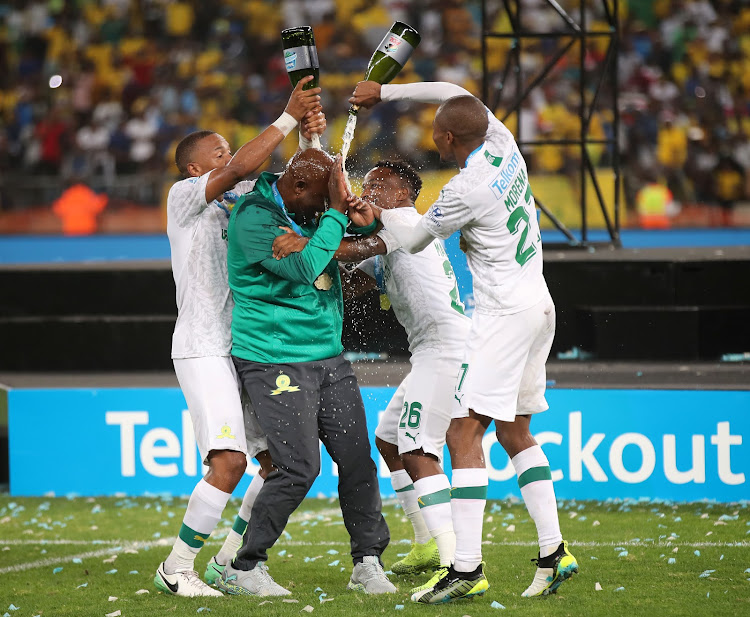 Mamelodi Sundowns coach Pitso Mosimane says he has been looking for variety in his team’s attack for a while now and feels Mauricio Affonso has finally delivered for him.

The 27-year-old Uruguayan scored both goals as Sundowns came back from a half-time deficit to win Saturday’s Telkom Knockout final over Maritzburg United in Durban.

"Affonso is a big boy‚ especially in the air‚ and he gives us a different variety. I’ve been looking for that.

“He’s that kind of player; what you see is what you get. He’s not going to be flashy."

Mosimane said he bought Affonso primarily for the physicality of the Caf Champions League.

“There’s no point buying a player who is the same as (Gaston) Sirino‚ (Themba) Zwane‚ (Sphelele) Mkhulise‚" he continued.

“We need variety and he has provided us with that.”

Affonso joined at the start of the season from Alianza Lima in Peru but had a knee complaint which took several months to heal before he then hurt his ankle as well.

He debuted for Sundowns at the end of September in the 11-1 thrashing of Cote d’Or of the Seychelles in the second leg of their Champions League first round tie‚ scoring after coming on for the last 10 minutes.

He has since started five games for Sundowns and added five more goals.

“And he is not even fit yet.

"We still have to work on getting him properly fit‚” said Mosimane.

Sundowns have had a regular Latin influence for more than a decade now‚ with the likes of Jorge Acuna and Jose Torrealba playing before Mosimane arrived as coach.

Leonardo Castro was signed by Mosimane from Bolivia before the coach went back to South America to purchase Ricardo Nascimento‚ Sirino‚ Jose Ali Meza and Affonso.

English soccer club Arsenal tried on Saturday to distance itself from the comments of its star midfielder Mesut Ozil after he posted messages on ...
Sport
2 years ago

It's just two games before most Premier Soccer League teams reach the halfway mark in their league campaigns in the 2019-20 campaign yet there are ...
Sport
2 years ago

Maritzburg United coach Eric Tinkler is itching for a spectacle free of questionable calls from the match officials when his team take on the ...
Sport
2 years ago