Prosecutors say the use of the defunct company's executive, who allegedly helped facilitate bribes to secure R1.6bn worth of contracts with the department of correctional services, as a state witness is an option open to them 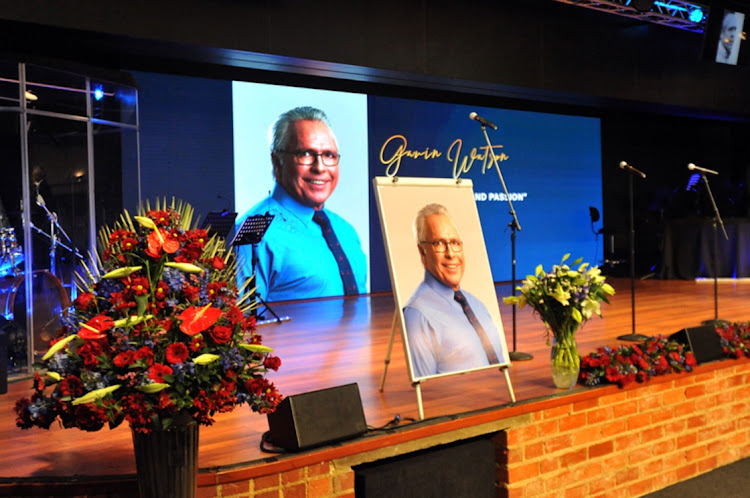 State capture and corruption accused Carlos Bonifacio, chief accountant of the now-defunct former government service provider Bosasa, has had all criminal charges against him withdrawn by the National Prosecuting Authority (NPA).

TimesLIVE can reveal the charges were officially withdrawn on Tuesday.

The withdrawal comes a month after TimesLIVE reported that the Investigating Directorate (ID), the long arm of the NPA established to deal with state capture cases, had claimed that the case against Bonifacio and his former co-accused was progressing well.

The ID, responding to TimesLIVE Investigations questions, now says the possibility of Bonifacio, who has been in and out of court for three years fighting to prove his innocence, becoming a state witness against his former colleagues “remains an option” open to them.

Bonifacio and Vorster, who died in June 2021, were, until September 2020, appearing in court in Pretoria alongside their co-accused on charges of corruption and money laundering.

Their court case was eventually separated from that of their co-accused, who are set to appear in the Pretoria high court on July 22.

Bonifacio was charged based on Agrizzi’s testimony to the commission of inquiry into state capture in January 2019 and the recommendations of chief justice Raymond Zondo.

The charges were based on Bonifacio’s alleged role in helping Bosasa’s now dead CEO Gavin Watson secure R1.6bn worth of contracts with the correctional services department between 2004 and 2007.

The contracts were for the provision of catering and training services, installation of CCTV cameras and perimeter fencing and the supply of television systems and monitoring equipment.

Bosasa, which changed its name to African Global Operations, secured an estimated R10bn worth of government contracts while in business. It is currently under liquidation. The allegations against Bonifacio were that he reportedly facilitated the payment of a R180,000 bribe for Gillingham’s benefit.

At the time Gillingham was part of the department’s bid adjudication committee.

The bribe was allegedly a deposit paid to a Randburg car dealership, reportedly for a Mercedes-Benz for Gillingham.

Bonifacio, speaking to TimesLIVE Investigations via telephone and email, said he was overwhelmed with emotion.

“It is surreal. It has been a three-year nightmare. My life, and that of my family, has been destroyed, but in the end the truth always prevails.

He said those who implicated him had not come forward to say “mea culpa, but rather because they were driven by revenge for the total destruction of the Watsons, irrespective of what they did or did not do.”

Bonifacio said he believed he was implicated because, “I was known as being very strict on accounting practices and for my questioning of many costs.

“I was implicated because I did not join certain peoples' cabals. These people used blackmail and intimidation to get their ways. Their strategy was to go to the commission and implicate Watson and then escape prosecution, which ultimately backfired.”

He said while he and Vorster were originally charged alongside Agrizzi, Mti, Gillingham and Van Tonder, and appeared in court with them in 2019 and 2020, their case was eventually separated.

“I was tied to these people by association and nothing more. Names popped up during the commission and the NPA cast their net wide and caught people. It was up to us to prove our innocence.”

Bonifacio said his biggest mistake in regards to the “crimes” he allegedly committed was his gullibility.

He said after studying his representations, the NPA could not find any contact between Gillingham and himself, “because there never was any”.

“I never met Gillingham until the day we were arrested and first appeared in court.

“In the operations of Bosasa I was a backroom boy, a pure accountant, concerned only with the day-to-day financial running of the company and none of the other stuff that has been claimed.”

He said to be labelled a state capturer had left him very angry.

“You don’t know what it has done to my personal and professional relationships. While most people did not think I was capable of the allegations, some did.”

He said he had not yet been asked by the NPA to become a state witness.

“I don’t know how much I could add to the state’s cases.  I don’t know what I can testify about. Even though people did their best to sink me, I didn’t really know what was going on in terms of what was testified to before the commission.”

Bonifacio said he did not blame the NPA for prosecuting him.

“They did what they [believed] had to be done. I was merely a victim of circumstances when my name popped up. I just hope the NPA will accelerate the prosecution of state capture cases.”

ID spokesperson Sindisiwe Seboka confirmed the charges had been withdrawn.

“The case was withdrawn after Bonifacio made representations [to the prosecutors]. His version was fully investigated and a decision was taken to withdraw the case after thorough consideration of the facts and the law applicable.”

Seboka said Bonifacio’s co-accused, Vorster, passed away in June 2021 and there were no other accused in their matter.

Asked if the NPA would use Bonifacio as a state witness in the trial against other people linked to state capture through Bosasa, Seboka said: “This option is open to the state.”

She said the case against Mti, Gillingham, Agrizzi and Van Tonder was not affected by the withdrawal of charges against Bonifacio.

“The reason for withdrawal of the case against Bonifacio has no bearing whatsoever on the strength of the state’s case against Mti and his co-accused.”

Seboka said Mti and his co-accused were due to appear in the Pretoria high court on July 22 for pretrial proceedings.

Asked if the withdrawal of the charges against Bonifacio had had an impact on the recommendations by Zondo that corruption, fraud and money laundering prosecutions be conducted against implicated former Bosasa employees, politicians and ANC members and the company, Seboka said “none at all”.

State capture: for some, the whip cracks, but many are still free as birds

The pulmonologist appointed by the state to assess former Bosasa COO Angelo Agrizzi’s health started work on May 19 and the assessment will be ...
News
2 months ago