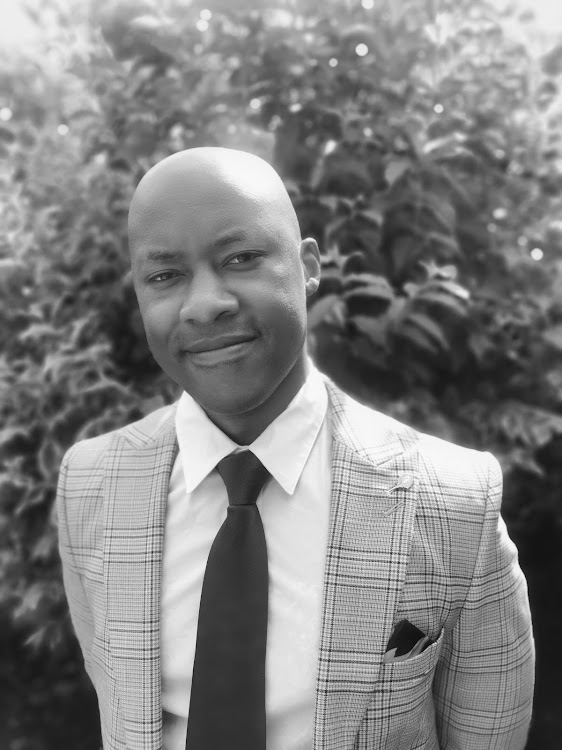 JG Jesman grew up in Malawi and works as an animator in the UK. Before writing this first novel, he ran a blog in which he invited academics, authors and creatives to discuss the human condition.
Image: Supplied

Deep grief has a way of changing you. Of forging parts of you that didn’t previously exist and wiping out parts that did. When author JG Jesman experienced this kind of grief five years ago, his sense of reality was disrupted, leading to a loss of belief and setting him on a path of discovery.

“You have your birth year, your death year on your obituary and then you have that dash. I think that everyone is trying to give sense, meaning or purpose to that little dash,” Jesman says.

He started a blog with a focus on religion which quickly evolved into a blog with a wider focus on the human condition as a way of trying to find meaning and truth from people of different faiths and backgrounds.

He spoke to spiritual teachers, academics, agriculturists and neuroscientists about what it means to be human. “I even talked to a guy who was a Jedi,” he tells me over a Zoom call. “There are quite a number of them, hundreds of thousands, and they have their own sets of beliefs.” 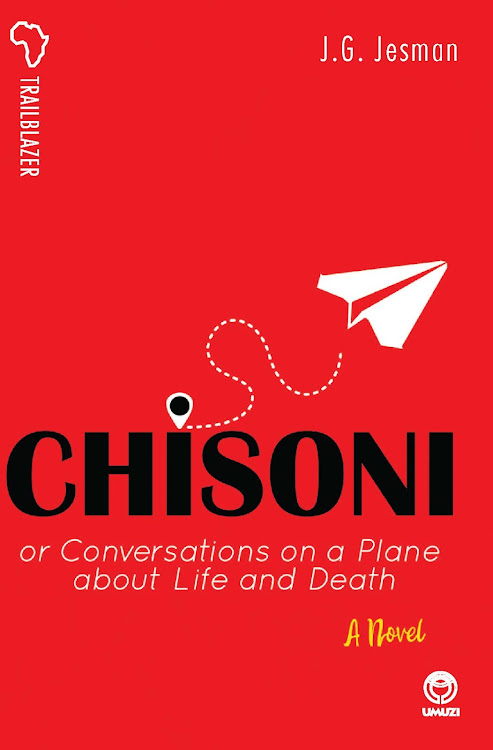 Chisoni: or Conversations on a Plane About Life and Death by JG Jesman.
Image: Supplied

While never so intentioned, many of these conversations resulted in the source material of his debut novel, Chisoni, or Conversations on a Plane about Life and Death.

Jesman introduces the reader to Chisoni, a Malawian man who has adopted England as his second motherland, as he boards a flight from Johannesburg to London on which he meets Brendan, an Irishman who becomes his worst nightmare: a talker on a 2-hour flight.

Bit by bit, the novel jumps between the evolving philosophical rapport between the two and snippets from Chisoni’s reason for visiting Malawi on this recent trip: his brother Abusa’s death.

We discover that Chisoni has been battling anxiety and panic attacks for the past two years and this, his most recent loss, is testing him severely.

Haunting him is a note Abusa asked Chisoni to give their father weeks before succumbing to sepsis brought about from cirrhosis of the liver as a result of his years-long alcohol abuse.

“Alcoholism is debilitating,” Jesman writes as we follow Chisoni’s train of thought. “Not just for the alcoholic but for all of those around them. It’s an earthquake of helplessness, crushing families, destroying homes and burying its victims in emotional debris. How does one stop an earthquake? You can’t. An earthquake stops itself.”

If only he had understood his brother’s pain, Chisoni thinks, or taken him to rehab sooner, or stood up for him when the women in his life were abusive. “If only ...”

As an Umuzi Trailblazer from Penguin Random House, a shorter work of quality fiction, Jesman manages to pack a punch in less than 200 pages. We follow Chisoni’s internalisation on toxic masculinity and his questioning of why mental health is not a topic discussed by African men.

“I think manliness is Barack Obama crying in front of the world over the Sandy Hooks shootings. Display of emotion is not just a feminine thing, it’s a human quality for connection, ensuring our long-term survival,” Chisoni thinks.

We soon discover a story of familial bonds and brotherhood marred by regret and sadness that descends like a heavy mist without an immediate promise of lifting.

Jesman, who grew up in Malawi and works as an animator in the UK, says he sees a lot of himself in Brendan but that there are certain aspects of him that are similar to the character of Chisoni.

We read of Chisoni’s struggles as a Malawian man who grew up in Africa but who was educated and is now living in the UK, where he works as an illustrator: “Too English to be Malawian and too African to be British.” There’s the official who profiles Chisoni at the airport and the woman who comments on his lack of an “accent” as an African speaking English.

“From a Malawian perspective there’s rarely been a voice heard outside the country,” Jesman says. But with Chisoni he wanted to share a sense of similarity rather than a sense of difference.

“There’s a unity in humanity in that we’re all experiencing the same thing, just in a kind of a different context. A Malawian loss is a European loss is an Asian loss. Whatever it might be, the feelings are exactly the same.

“I think a lot of people want to just get over grief but grief is like an echo in that it just reverberates and it’s nothing to be ashamed of.”

And sometimes, if we embrace the grief, it can lead to a start of beautiful things — perhaps even, as Jesman has shown, a philosophical novel or the promising start to a writing career.

Hailed in the Times Literary Supplement as “probably the finest piece of non-fiction to come out of SA since the end of apartheid”, "Thabo Mbeki: ...
Books
1 month ago

'... this feels like my little victory. And I want to keep scoring,' says teenage author Ameer Kalie of his debut novel.
Books
1 month ago