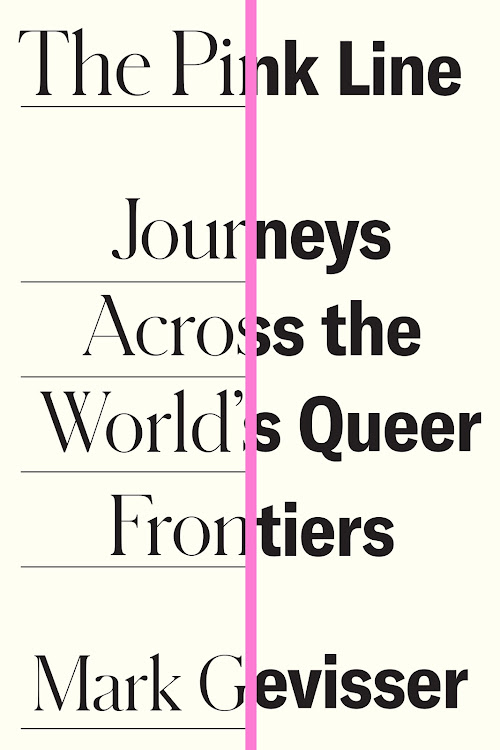 'The Pink Line' tells the story of how LGBT rights became one of the world's new human rights frontiers.
Image: Supplied

This is a valuable book, not only for the quality of Mark Gevisser’s analysis and the scope of his research, but because he spends a good deal of time with the people on whose lives he focuses. He does not just sail into such cities as Cairo, Nairobi, Kampala, Ramallah and Istanbul, interview a few gay locals, deplore their plight and depart. He sticks around; he finds people whose lives he can follow over a couple of years. He hangs out with them, enjoys their company; he renders them in all their complexity. In [these] sections, Gevisser becomes almost a novelist.
— Colm Tóibín, The Guardian

Six years in the making, The Pink Line follows protagonists from nine countries all over the globe to tell the story of how “LGBT rights” became one of the world's new human rights frontiers in the second decade of the 21st century.

From refugees in SA to activists in Egypt, transgender women in Russia and transitioning teens in the American midwest, The Pink Line folds intimate and deeply affecting stories of individuals, families and communities into a definitive account of how the world has changed, so dramatically, in just a decade. And in doing so he reveals a troubling new equation that has come into play: while same-sex marriage and gender transition are now celebrated in some parts of the world, laws to criminalise homosexuality and gender non-conformity have been strengthened in others.

​In a work of great scope and wonderful storytelling, this is the groundbreaking, definitive account of how issues of sexuality and gender identity divide and unite the world today.

Mark Gevisser’s previous books include the award-winning Thabo Mbeki: A Dream Deferred and Lost and Found in Johannesburg: A Memoir. He writes frequently for Guardian, The New York Times, Granta  and many other publications. He helped organise SA’s first Pride March in 1990, and has worked on queer themes ever since as a journalist, film-maker and curator. He lives in Cape Town.

A real conversation held in an imaginary space between Damon Galgut and Mark Gevisser Damon: You and I are sitting next to each other on a plane. ...
Lifestyle
7 years ago

Beyond the Mountain: Queer Life in 'Africa’s Gay Capital' takes you to the streets, to the sea and, perhaps surprisingly, to church
Books
1 year ago

"Transgender people often cannot afford the luxury of invisibility" - B Camminga discusses their book 'Transgender Refugees and the Imagined South ...
Books
2 years ago

Adegbeye’s voice walks the fine line between heartbreak and redemption, casting new light on questions of rape and secondary victimisation in ways ...
Books
1 year ago
Next Article