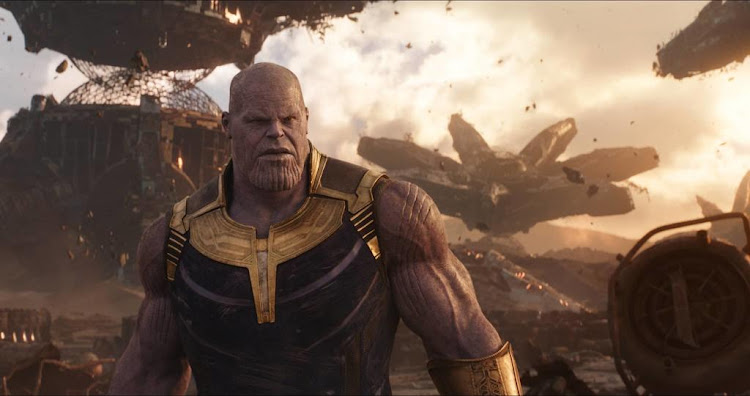 Thanos, the king baddie The Avengers team will try to take down in 'Endgame'.
Image: Marvel

SPOILER ALERT! This article contains spoilers for several movies in The Avengers franchise, but NOT for 'Endgame'.

So you've never watched The Avengers and despite your social media self-satisfaction at being one of the few who hasn't watched any of the Marvel movies you harbour a dark secret, FOMO.

You see everyone fretting to get tickets to Avengers: Endgame and their excitement is infectious. You want to be there but are scared to buy a ticket because you don’t know what a Thanos is. Until recently you were fairly sure that "Thor" was something a kid with a lisp said when they hurt themselves, and the prospect of watching all 22 movies in the Marvel Cinematic Universe just so everything can make sense in Endgame seems too much like homework.

Never fear, we've got some crib notes to get you up to speed:

What happened in the last movie, Avengers: Infinity War?

A LOT of people died. Thanos (the king baddie) got his hands on all six infinity stones and wiped out half of all life in the universe including all The Avengers except the original six — Tony Stark AKA Iron Man, Captain America, Black Widow, Hawkeye, The Incredible Hulk, and Thor — Rocket Racoon, Captain Marvel and Ant Man. Essentially Thanos won with a literal snap of his fingers.

What are infinity stones and why would Thanos want to do that?

Part of what made Avengers: Infinity War so good was that Thanos was a relatable villain. Born on the planet Titan, he had witnessed how overpopulation eventually leads to death, destruction and crap standards of living for everyone. So he devised a plan to bring balance to the universe by collecting six powerful gems (infinity stones) and using them to randomly rid the universe of half its inhabitants. The result would be a universe with plenty to go around for everyone left.

WATCH | The trailer for 'Avengers: Endgame'

Who are the Avengers and how did they start?

In the MCU (Marvel Cinematic Universe) Nick Fury worked for a secret government organisation called SHIELD, which investigated weird paranormal stuff. After bumping into shape-shifting refugee aliens and Captain Marvel (we'll get back to her), he sets up a project to recruit a defence force of superheroes for Earth called The Avengers Initiative.

Until they ran into Thanos, The Avengers was an ever-expanding group of superheroes tasked with saving the world. They included: Scarlet Witch, Vision, Spiderman, War Machine, Dr Strange, Black Panther and a whole bunch of others.

Who are the most important Avengers?

That would be the original members of the Avengers and Captain Marvel.

In the first Avengers movie, Thor, The Incredible Hulk, Captain America, Tony Stark AKA Iron Man, Black Widow and Hawkeye, came together to fight off an alien invasion and save the world. They’re also among the very few Avengers that survive Thanos in Infinity War.

Captain Marvel is the most powerful Avenger and together with the original six, a talking racoon and Ant Man they team up to try undo what Thanos did.

Who has what powers?

Captain Marvel, a superhero with girl power to spare

Iron Man, Thor, Captain America: scores of Marvel movies had superheroes taking turns to save the world on the big screen before a woman finally ...
Lifestyle
2 years ago

Are they all good friends?

Not everything is hunky-dory within the surviving Avengers camp. Captain America and Iron Man are beefing because of differences they have in how The Avengers should be governed that once resulted in a civil war among the crew. Bruce Banner is in love with Black Widow who is weirdly close friends with Hawkeye. Thor often has worthiness issues, and Captain Marvel is an absentee superhero who always has to leave for work trips.

Why is everyone so hyped about Endgame?

It's the end of a journey that started in 2008 with the first Iron Man movie. In that time we've seen some of our favourite characters win fights, lose fights and die. In the last decade the world has become increasingly ugly and the MCU has been there as a constant source of escapism. That's probably why seven out of the 22 films have grossed over $1bn at global box offices. A decade is a long time to be invested in something and, like Game of Thrones, we all want to see how it ends.