Why the race of the royal baby matters 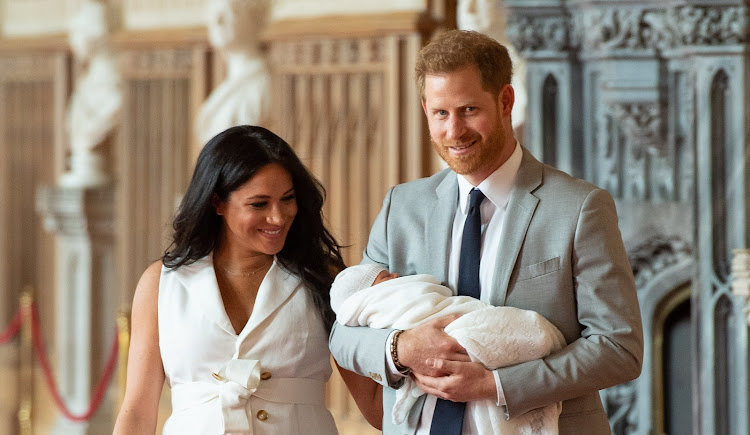 Prince Harry, Duke of Sussex, and Meghan, Duchess of Sussex, pose with their newborn son in St George's Hall at Windsor Castle on May 8 2019.
Image: Dominic Lipinski - WPA Pool/Getty Images

On Wednesday while South Africans were focused on what many have described as the most important election since 1994, the rest of the world focused its attention on the celebration of something a lot younger than our 25-year-old democracy.

That something was the days-old new member of the British royal family: Archie Harrison Mountbatten-Windsor. It was the first time the infant was shown to his great-grandmother, Queen Elizabeth II, and the world’s media by his proud parents, the Duke and Duchess of Sussex — aka Prince Harry and Meghan Markle.

Archie's birth has been hailed as significant for a number of reasons and not just because he’s magical number seven in line to the British throne.

The world's confused: Is royal baby Archie a prince or not?

Little Archie Harrison Mountbatten-Windsor is seventh in line to the British throne, which certainly makes him royal, but does it make him a prince?
Lifestyle
2 years ago

Perhaps the most talked about factor in this child's birth is the one that veteran journalist Danny Baker learned about the hard way this week — and that’s the issue of race.

Baker was sacked from his radio presenter job at BBC Radio 5 Live after tweeting a picture of a Victorian couple holding hands with a chimpanzee in a suit under the caption,"Royal baby leaves hospital." While Baker apologised for what he claimed was not a racially motivated tweet but rather a comment on the performative aspect of the hullabaloo surrounding the birth, the public and the broadcaster were not amused.

All hail Archie, Earl of Riverdale: the best reactions to the royal baby's name

Comic book fans are tickled by Prince Harry and Meghan Markle's choice of first name for their son — Archie!
Lifestyle
2 years ago

Markle is mixed-race and her heritage sparked much derisive and insensitive commentary from the British press in the lead up to her marriage to Prince Harry. So much so that in 2016, the prince had to take the unusual step of publicly berating the media for the "racial undertones" of its coverage of his wife.

Rightwing British party UKIP fired its leader last year after reports that his girlfriend had used racial epithets in her descriptions of the duchess.

Archie is the first mixed-race baby in the recent history of the British royal family, and as the New York Times noted this week, this means something in a country, "where multiracial children make up the fastest ethnic category".

WATCH | Britain's Prince Harry and his wife Meghan showed off their newborn son on May 8 2019, describing having a baby as "magic".

While some scholars have made a convincing argument that Queen Charlotte, the wife of King George III, may have had African ancestry through her relationship to the Portuguese royal family, that was during the late 18th and early 19th centuries.

Archie's birth occurs in a moment when according to the New York Times, "Britain is 87% white, but multiracial people will soon be the country’s largest minority group".

"The entry of Meghan Markle, the descendant of plantation slaves, into the royal family resonated deeply with many people of African descent, who almost immediately began to anticipate the birth of the couple's first child."

Seventh in line to the throne he may be, but he's first in the hearts of many Brits who have previously had little to celebrate about their adopted country’s monarchy.

He's just been a dream, says Meghan Markle of her royal baby

A loved-up Prince Harry and Meghan Markle showed off their royal baby to the world at a photocall in St George's Hall at Windsor Castle on Wednesday.
Lifestyle
2 years ago

Congratulatory messages have been pouring in for the Duke and Duchess of Sussex.
Lifestyle
2 years ago

Are Meghan Markle and Prince Harry moving to Africa?

Their next international mission could see Prince Harry and Meghan Markle relocate to Africa.
Lifestyle
2 years ago