Did you know the longest-serving consort in British royal history was also his wife Queen Elizabeth's third cousin? 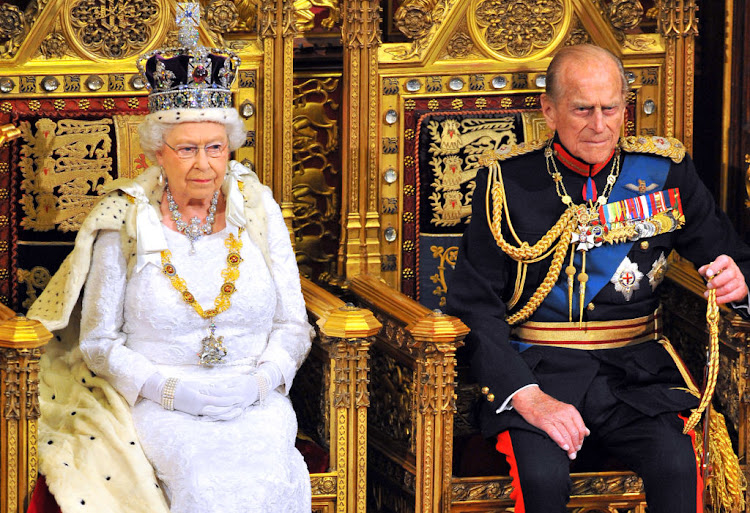 Prince Philip, husband of Queen Elizabeth, died at the age of 99 on Friday.

The pair wed in 1947, and the late royal remained by his wife’s side for over 70 years, becoming the longest-serving consort in British history.

Here are some quirky facts you might not know about him:

1. HIS WIFE WAS ACTUALLY HIS THIRD COUSIN

Prince Philip’s mother, Princess Alice of Battenberg, was a descendant of Queen Elizabeth's great-great-grandmother Queen Victoria, which makes him his wife's third cousin.

The funeral service for Prince Philip, the husband of Britain's Queen Elizabeth, will be held on April 17, Buckingham Palace said on Saturday.
Lifestyle
1 year ago

2. HE CHANGED HIS SURNAME SEVERAL TIMES

Though he was known around the world simply as Prince Philip, his birth name Philippos Schleswig-Holstein Sonderburg-Glucksburg reflects his mixed ancestry.

Born a prince of Greece and Denmark in 1921, he later renounced his claim to the thrones of those countries when he became a British subject in 1947. At that point he adopted his mother’s surname, Mountbatten.

In 1960, Prince Philip legally combined his surname with that of Queen Elizabeth’s family, creating the double-barrelled moniker Mountbatten-Windsor.

Royal fans will no doubt recognise the surname as being the one Prince Harry and Meghan’s son, Archie, shares.

3. HE HAD NO SHORTAGE OF POSH TITLES

Along with being designated an official prince of the UK in 1957, the late royal was also a Knight of the Garter, Duke of Edinburgh, Earl of Merioneth and Baron Greenwich.

4. HE WASN’T BROUGHT UP IN A PALACE

Prince Philip was born on the dining room table of his family’s home on the Greek island of Corfu.

After his uncle, King Constantine I, was exiled after a military revolt, and his father, Prince Andrew, was accused of high treason during the Greco-Turkish War, his family was forced to flee their homeland.

According to the Daily Mail, they “managed to escape on British naval vessel HMS Calypso, with the newborn prince carried to safety in a cot famously crafted from an unused fruit box”.

As a result, Prince Philip’s early life was fairly nomadic with stints around Europe.

Interestingly, the prince’s newest great-grandson, Lucas Philip Tindall — who is named in his honour — was born on the bathroom floor of his family’s home in Gloucestershire, England, as there was no time for the baby’s mother, Zara Tindall (Princess Anne’s daughter), to get to the hospital in time.

5. HIS DNA WAS USED TO SOLVE ROMANOV MYSTERIES

Prince Philip was related to both the last tsar of Russia, Nicholas II, and his wife, Alexandra.

When the imperial Romanov family were executed by the Bolsheviks in 1918, the bodies of the tsar, tsarina and their five children were hastily disposed of, giving rise to several mysteries.

Perhaps the most famous is whether the ill-fated couple’s youngest daughter, Anastasia, had miraculously escaped her awful fate. Several people have claimed to be the lost Romanov princess over the years, most famously Anna Anderson. According to Tatler, Anderson was proved to be a fraud after her DNA was compared to that of Prince Philip’s.

The prince’s DNA was also used to help identify the bodies of the Romanov royal family, which were discovered in two separate unmarked graves decades apart.

Prince Harry and Meghan, the Duke and Duchess of Sussex, have posted a tribute to the prince's late grandfather, Prince Philip, on the website of ...
Lifestyle
1 year ago