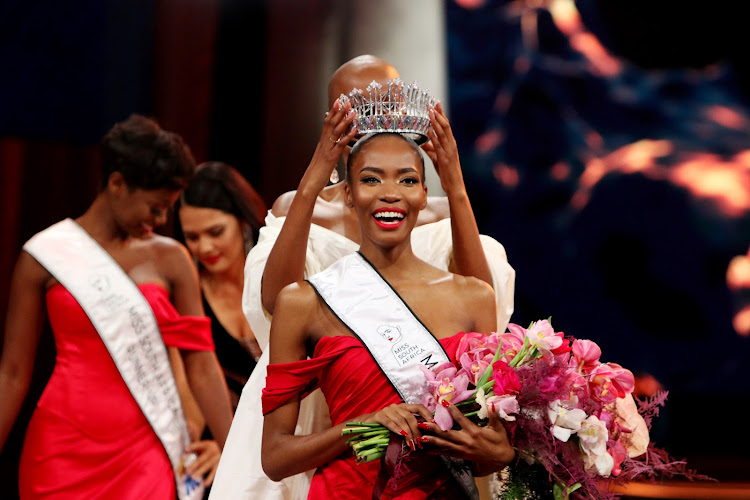 Lalela Mswane will participate in the Miss Universe pageant in Israel despite calls for her to pull out. File photo.
Image: Supplied/Miss SA

Miss SA Lalela Mswane is dominating conversations on social media after the government issued a statement on Sunday to announce its decision to distance itself from her participation in the Miss Universe pageant.

Mswane is embroiled in controversy since the Miss SA Organisation said she would not be withdrawing from the pageant set to take place in Israel in December.

Many online are opposed to her taking part in the pageant, while others were critical of the government for withdrawing support.

Politicians and civil society have in the past week called on Mswane to take a stance against Israel in that country’s conflict with Palestine.

The department of sport, arts and culture said the Miss SA Organisation did not seem eager to appreciate the negative impact of representing the country in Israel.

"You are sending a black South African woman to represent SA on stage in an apartheid state. If you don't understand how tone deaf that is, then I ...
TshisaLIVE
6 months ago

The department said Mswane’s individual interests and aspirations to compete on the Miss Universe stage cannot outweigh the reasons that require her withdrawal.

“If anything, by withdrawing, Miss SA’s reputation and overall standing will be far more advanced in SA and internationally in comparison to a once-off event that can prove disastrous to her future and public standing as a young black woman,” said minister Nathi Mthethwa.

TimesLIVE recently ran a poll asking readers whether Mswane should boycott the event.

Most readers (60%) said she should go ahead as the Miss Universe event “is not politically inspired”, 34% said she should “do the right thing” and withdraw, and 5% said they would watch and see before weighing in.

Here’s a snapshot of some reactions on social media:

The government has withdrawn their support for Miss SA, so Lalela is going to Israel as an individual who only represents the MISS SA organisation. This is what happens when you put your pride above human rights and suffering. It's not too late for her to do the right thing.

We told Lalela to withdraw. If she is being threatened she must tell us, but this is not worth losing your reputation and credibility over. Just stay home.

I really hope Lalela has people near her who are telling her not to go. If she goes this will ruin her career before it even starts. She’ll be known as the Miss SA who competed in an Apartheid state without the support of SA

Miss SA was surely going to be the voice of our cowardly democratic government against Zionist Israel. Some people are born to be followers, they’ll never acknowledge her strategic decision. Lalela understood her task very well. Her presence was going to impact many globally✌🏿

I've never in my life seen such a reckless government. How the hell do you put a 24year old in such a position? Seriously; WTF?

If there was Government in this country, they would have set a meeting with Miss SA organisers, Dirco etc to discuss SA position, not this drama! pic.twitter.com/j54spKytOA

Imagine participating as miss SA but your own South african government doesn't support you. The miss sa organization is embarrassing themselves.

Despite the organisers of Miss SA declaring that Lalela Mswane will represent SA in the Miss Universe pageant in Israel, the youth wing of the ...
Lifestyle
6 months ago

The EFF is the latest organisation to call on Miss SA Lalela Mswane to boycott the Miss Universe pageant in Israel next month.
Lifestyle
6 months ago

The Palestine Solidarity Alliance (PSA) said it would be disingenuous for the contestants to go to Israel.
Lifestyle
6 months ago