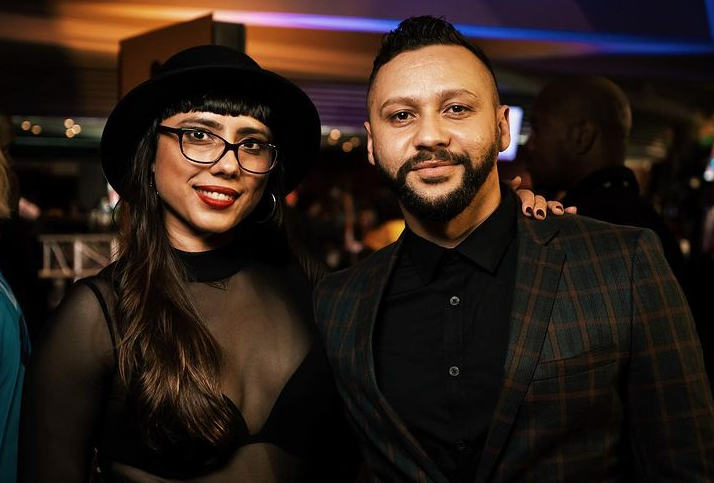 Comedians Donovan and Davina Goliath have put a local spin on the popular Netflix series Tinder Swindler, and they nailed it.

All three women met Leviev on the dating app Tinder.

Between 2017 and 2019, Leviev convinced the women he is a son of wealthy LLD Diamonds CEO Lev Leviev. He also claimed he had dangerous enemies who were after him and his bodyguard, known only as “Peter”.

He manipulated them into paying his bills, depleting their life savings and taking out loans to fund his lavish lifestyle while promising to pay them back.

When he needed to swipe his credit card during dates, he would tell the women his “enemies” were tracking him through his transactions.

The video starts with Davina saying she is the “enemy” Laviev is running from. A recording of Laviev telling one of the women about “security threats” then plays.

In the hilarious parody, Davina plays Candice Plaatjies, who is in charge of finances at Edgars.

“Simon opened an account with us when he was in SA. He always had an excuse when we called him for payment,” she said.

Watch their skit below:

'The Power of the Dog,' 'Dune' lead nominations in battle for Oscars glory

Dark Western 'The Power of the Dog' led this year's field of Academy Awards contenders on Tuesday with 12 nominations for the Netflix Inc film, ...
Lifestyle
6 months ago

Netflix and Mattel snatch up ‘Masters of the Universe’ movie

"You are SA's flex to the world," one follower told Pearl.
TshisaLIVE
6 months ago