Thor is the first character to lead four franchise films and deservedly so, writes Margaret Gardiner 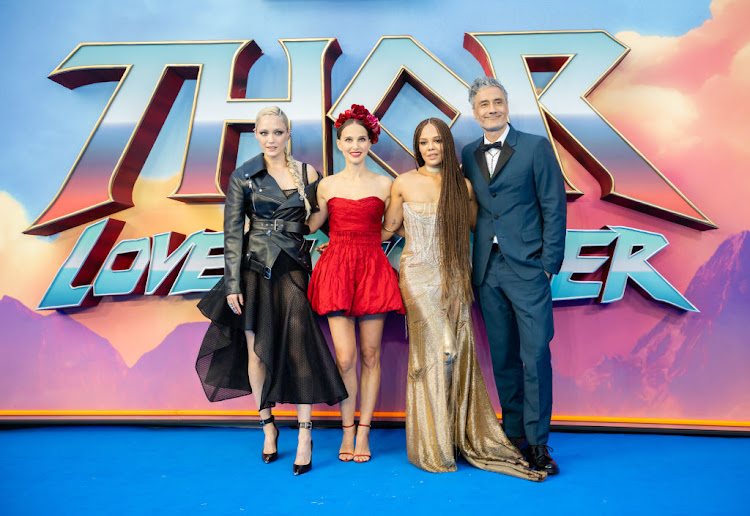 With more than $302m (about R5bn) worldwide and counting, Thor: Love and Thunder is raking it in at the box office. Taika Waititi is back helming the fourth Thor film in the MCU with Chris Hemsworth returning in the titular role. While there is plenty of action in this latest Marvel movie, one could be forgiven for thinking of it as a romcom in a really fierce setting.

Before superhero fans turn away in droves, let's add that Christian Bale is Gorr the Butcher who is intent on wiping out all the gods after discovering there is no afterlife and that rather than benevolent deities, the gods are super privileged, exploitive beings, out to get theirs, reap the profits of their reputations, and uninterested in the pleas and plights of their believers. So maybe it’s a social commentary on the masses and those who lead them?

This being a Taika Waititi script (who brought us Thor: Ragnarok), means the movie is played for laughs — though some may suggest he’s been given too much latitude in that department, annoying bleating goats should have been a one-off beat, or should that be bleat?

Taika also portrays Korg, whose patter can become self indulgent, however the film is rescued by Chris Hemsworth, wonderful as Thor, right on the money, wire-walking humorous over-confidence, wistful loneliness, and leadership as an action hero. Thor is the first character to lead four franchise films and deservedly so.

Is Dr Strange the comic-book hero to save Marvel’s cinema?

“There was a huge amount of pressure coming into this,” admits Hemsworth. “I wanted to do something different.” That difference is the aforementioned romance. Enter Natalie Portman as Thor’s one true love, Jane Foster, both buffed and weaker in this appearance, with a really great accessory: Thor’s magical hammer, Mjolnir.

The director explains: “One of the cool things about Marvel films is this ability to embrace various genres within a single film.”

“What sets this movie apart is that, at its heart, it's a love story,” adds co-executive producer, Brian Chapek.

“We've seen Thor grow so much over the years. After the events of Avengers: Endgame, we started to see cracks in Thor’s armour. He started to feel some ownership over all the people he's lost in his life.”

Adds Waititi, “When you’re dealing with outer space and a Viking, if you run and embrace that incredible combination as the thing that powers the story, you’re only really limited by your imagination.”

Inspired imagination is casting Russell Crowe as a gone-to-seed Zeus, who is tart, as he prances around (a deliberate choice) in a gauzy Romanesque white “skirt” and chest armour. The image alone, is worth the price of admission.

Another Oscar winner in the movie is Christian Bale. He brings all his talent as a character actor to the villain with a broken heart. Tessa Thompson, who portrays King Valyrie, the new leader of Asgard, notes, “Christian as Gorr was mesmerising. He does that thing that Marvel villains do so well, you see their villainy comes from pain, from some unprocessed trauma.”

Taika visited Portman at her home to convince the award-winning actress to return to the franchise. Portman portrayed Jane Foster in 2011’s Thor and 2013’s Thor: The Dark World.

“To bring her back in this new iteration, in this storyline from ‘The Mighty Thor’ in which Jane Foster becomes a super hero, is exciting,” says Waititi.

“It’s brilliant to see Natalie in a way that we don’t expect. She’s such a great actor, and in keeping with reinventing this franchise again and again, we didn’t want to go back to seeing her in the same role. We don’t want to see her just being a scientist on Earth waiting for Thor.”

The movie opens with some truly funny scenes that involve the Guardians of the Galaxy, which sums up who Thor has become — the positives and the negatives — and allows for growth and adventure.

• 'Thor: Love and Thunder' is on circuit.

• Entertainment journalist Margaret Gardiner is a former Miss SA and was the first SA woman to win the Miss Universe pageant. Follow her on YouTube or Instagram.