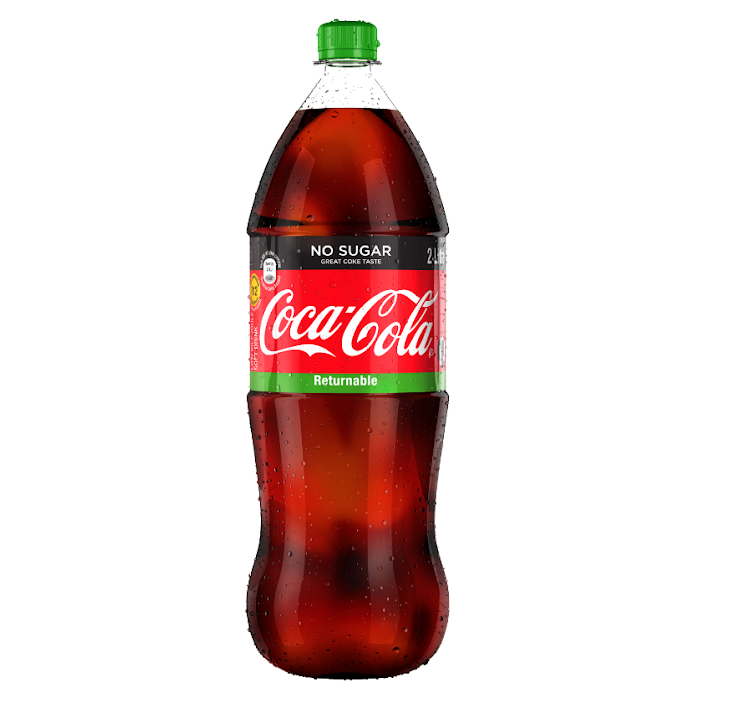 The new Coca-Cola bottles can be identified by a green tag labelled "returnable."
Image: Supplied

South Africans buying Coca-Cola beverages will now get a R9 deposit when they return the new PET (polyethylene terephthalate) plastic bottles. The company piloted the project in the Eastern Cape in January, as part of its "world without waste" initiative.

Provinces getting the bottles

The returnable bottles will now also be rolled out in north Gauteng, Mpumalanga and Limpopo, after the project first began in the Eastern Cape. MD of Coca-Cola Beverages SA Velaphi Ratshefola said the pilot was a huge success in the province as people switched to the new bottles which they returned after use.

The bottles will be rolled out to more parts of the country over a five-year period.

The bottles are identifiable by the 'Returnable' green sticker on the front of the bottles. Consumers will get R9 for each bottle they return. The company says the new design is to ensure that PET bottles are compliant with the global standards for design, hygiene and safety.

What happens when the bottle is returned?

It is cleaned, refilled and the beverage sold. Ratshefola says when the bottle reaches its non-usable cycle, it will be recycled and repurposed for another PET cycle.

Johnnie Walker whisky to be packaged in eco-chic paper bottles

Johnnie Walker Scotch Whisky will be available in paper-based bottles from early 2021.
Lifestyle
1 year ago

My name is Thulani Maxwell Msibande. I am 36 years old, from Mutale in Limpopo, but I have spent most of my life in Johannesburg. I came to the city ...
News
2 years ago

How do you make bottled water stand out in a crowded market? You give it a quirky design, add a name that will cause a stir, feature a gallery of ...
Lifestyle
2 years ago