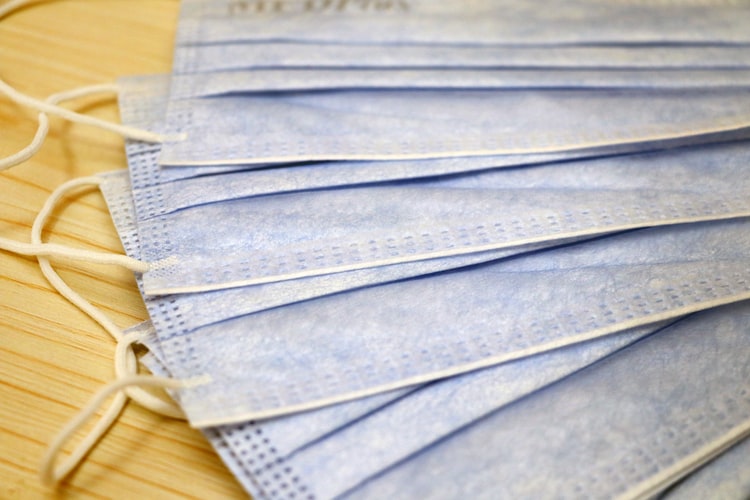 The Hawks are investigating more than 50 cases regarding substandard or falsified PPE.
Image: Macau Photo Agency on Unsplash

Four companies have been charged and dozens more are being investigated for providing substandard personal protective equipment (PPE), which heightens the risk of spreading Covid-19 and endangers health-care workers.

The South African Health Products Regulatory Authority (Sahpra) confirmed that alongside the police's organised crime unit, the Hawks and the Special Investigating Unit (SIU), it is investigating PPE manufacturers and suppliers for "the supply of substandard or falsified PPE" intended for use in health-care institutions, including aged-care facilities.

Sahpra spokesperson Yuven Gounden said the authority has opened criminal cases against "those who were claiming their PPE were medical products. We can confirm that as of Thursday, Sahpra has four cases opened relating to Medicines Act contravention."

"It is a countrywide investigation and correct charges will be preferred once all the evidence has been collected. Corruption cannot be ruled out."

He said the Hawks are not yet able to quantify the amount of substandard PPE involved or the total value of the equipment.

However, it has emerged that 60% of medical-grade masks scrutinised by the South African Bureau of Standards (SABS) did not meet quality criteria.

In damning findings, the SABS said the inspection was commissioned by Business for SA (B4SA), a coalition formed to support the Covid-19 response, and found that consignments of masks did not meet quality criteria.

SABS lead administrator Jodi Scholtz said most of its inspections took place at warehouses before the PPE was dispatched.

"Non-compliant masks are harmful to the wearer as they might allow for particle penetration, might be made of material that irritates the skin and might have a higher than acceptable breathing resistance," said Scholtz.

"It is important to remember that different batches of products may have different results, so it is not correct to assume that a manufacturer is only producing defective or substandard products."

Stavros Nicolaou of B4SA said a PPE procurement platform with a supplier portal was set up to source and procure PPE.

"B4SA noted how many health professionals were infected and dying internationally. Some of these infections and deaths could possibly be linked to sub-quality PPE.

"We realised early on that having robust quality-vetting capability was the most important implement in keeping frontline health-care workers safe and productive."

A report by auditor-general Kimi Makwetu this week also found the quality of PPE supplied to some schools to be poor.

Nicolaou said PPE that did not meet testing standards had been discarded and "not released into the health-care medical worker environment".

"PPE procured was both locally produced and imported. A list of all PPE rejected via the B4SA processes has been shared with Sahpra and the national health department.

"B4SA procured medical-grade PPE on behalf of the three donor partners, namely Solidarity Fund, Naspers and the Motsepe Foundation. All of this product was donated to the public health-care sector.

"We agree that non-compliant masks are harmful to the wearer and accordingly B4SA did not release any masks into the marketplace that failed SABS testing."

The SABS said it has received complaints from the public about other substandard PPE. "Consumers have reported buying masks from garages or out of vehicles and are advised that these could be substandard," said Scholtz.

"SABS is aware that there are some products, including masks, that are fraudulently using the SABS mark of approval. This does not necessarily mean that the product is fake or substandard, however it does mean that they do not have the permission to apply the SABS mark on their product."

Crack down on profiteers who cut corners on PPE

Professor Willem Sturm, a medical microbiologist at the University of KwaZulu-Natal, urged the public to be discerning.

He said respirator-type masks, disposable surgical masks and reusable pleated cotton masks sufficiently protect the wearer and those around them from Covid-19 - provided they are original, legitimate products.

"However, many fake masks ... have infiltrated our market. In addition, face coverings like bandanas, ski-masks, balaclavas and scarfs have been shown not to effectively protect the wearer, and they do not prevent spread to any effective degree."

Professor Lucille Blumberg of the National Institute for Communicable Diseases said there are a lot of poor-quality masks around.

"Some are not the right materials and may allow little droplets to go through. There have been some problems with masks that have been provided, especially for health workers," she said.

"There are obviously masks from certain countries that are fine and there's also instances in other countries of people taking advantage of the need and demand and the quality may not be that good.

"There are masks on the market whose quality is poor and are not what they claim to be in terms of protection.

"You have to rely on a brand that you know and that has been accredited."

Meanwhile, auditor-general Makwetu said the quality of PPE is a matter of concern.

"The problem with the quality of PPE purchased is most evident in a few schools that were visited where the masks provided were not to specifications and were often one-size-fits-all [whether for a child or an adult].

"Instances were also found where specified PPE items ordered by a health department were substituted by the supplier with items of a lower specification, which the department accepted and even paid for at the higher price of the originally ordered item," Makwetu said.

President Cyril Ramaphosa asked Makwetu and his team to audit the procurement processes followed by government departments and companies when buying goods, services and infrastructure to contain the pandemic.

This follows public outcry about officials who dished out tenders for the supply of PPE to politically connected companies and the procurement of goods and services being tainted by corruption, fraud and inflated prices.

The SIU is probing 658 cases of possible corruption related to procurement of Covid-19 PPE worth more than R5bn.

More than 20 ANC leaders in the Eastern Cape alone could be removed from their positions because they are facing criminal charges or are being ...
News
1 year ago

At least four contracts worth a combined R540m for supplying personal protection equipment (PPE) to the police are under scrutiny as the Hawks ...
News
1 year ago

The recent letter addressed to the membership of the ANC on August 23 by President Cyril Ramaphosa, reaffirming the correct anti-corruption positions ...
Opinion & Analysis
1 year ago