OPINION | Can someone say for sure who is looking out for SA artists vele?

Accountability seems to be a myth in SA entertainment industry 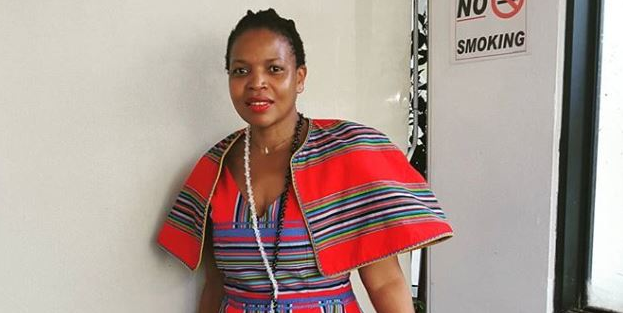 Actress Florence Masebe is one of many artists to demand accountability from the government.
Image: Instagram

South Africa, as a country, generally has an accountability deficit and the entertainment industry seems to have the worst case. No one is looking out for the artists in this country.

This past week's entertainment headlines kept taking me right back to that statement.

The lack of accountability is one of the biggest problems in the local entertainment industry and that, I believe, is the root of most issues.

After reading through Kanye's “masters” Twitter thread, I was reminded of the late rapper ProKid's funeral, back in 2019. That for me, was a the first time I really started to learn about an artist and their masters.

Did anyone ever hold record labels accountable since we all got enraged by the injustice of record labels owning most of the artists' work? The answer is no.

It means TS Records will no longer pocket a single cent from ProKid's music.
TshisaLIVE
2 years ago

Instead, because no one holds these stables accountable to their artists, things have got worse. Artists are desperate for help and record labels continue to take advantage of their worth with ridiculously unfair contracts.

I read just the other day that Kwaito veteran and 999 record label owner Arthur Mafokate is taking singer Cici to court because he wants a big chunk of Cici's wealth. Yeah, Sunday World reported that Arthur is apparently taking Cici to court because his record label is apparently entitled to a 10% override fee on all sponsorships and or endorsements Cici would sign, as well as, live performance fees that she would receive.

He added that in the event that she enters into a joint venture with a third party, his record label would get 18% of the net revenue received by the agent. Plus his stable is apparently entitled to 6% override for all publishing rights in perpetuity for all the four albums she would record in the future and 12% override royalty for her gigs or for the songs she produces or composes.

This is just a recent example, but can you imagine? This, in the words of Pearl Thusi is “hectic”.

I mean, if Kanye — an actual billionaire — is struggling to fully own his work, imagine the likes of local artists like Cici or the late Brown Dash's family?

Perhaps the real issue is the fact that the rot (read the lack of accountability) seems to originate right at the top, with the government.

The way this accountability deficit industry is set up, unless the EFF step in, Cici has to fight for herself because there is no law or policy that helps to protect her against such “exploitation”.

Perhaps the real issue is the fact that the rot (read the lack of accountability) seems to originate right at the top, with the government.

I have to mention the arts and culture minister Nathi Mthethwa as an example, because he and his department are a great case study. However, naming the current minister doesn't mean all the previous portfolio holders are absolved from their lack of accountability or at all exonerated in the court of public opinion.

They all contributed to the current situation. To date, none of them can account for why artists are still starving, or why are they still dying broke, or why, a thousand years later, the department is still not looking out for the artist.

I'll give a few examples of the few times this past few months were the minister's department astonishing lack of accountability was exposed.

South African artists have asked, begged, yelled and damn near threatened the minister and his department so many times over the past few months that it became cringeworthy to watch. Painful, because most are still yet to get any relief.

Artists have been breathing through the wound since the beginning of the Covid-19 imposed lockdown and while some have received help from the government, others like actress Rami Chuene, Nokuthula Mavuso and many others had to take their grievances to the TL when they were met with nothing but silence on other platforms.

Artists all over Mzansi are hoping the sport, arts and culture relief fund gets to them too
TshisaLIVE
1 year ago

Others such as Thandiswa Mazwai and Bonang Matheba were lucky to be engaged by the minister but many others were blue ticked. The behind-the-scenes creatives have resorted to keeping quiet and just trying to make ends meet because what else can they do when the powers that be won't be accountable to them or their livelihoods?

A lot of other things happened too, including royalty disputes, sexual harassment cases and unfair working conditions. The artist fought for themselves, but there was no government ensuring that the perpetrators are held accountable for their role in each of these situations.

Remember when Mmabatho Montsho penned the whole thread about the minister being happy to celebrate accolades but being nowhere to be found when things are tough for artists?

It almost seems like a waste of time to expect Mthethwa to take full responsibility for all the industry moemishes, because where on God's green earth is the progress with the the Performers' Protection Amendment Bill?

It's an issue of two steps forward, 10 steps back. That means someone somewhere in the process is avoiding accountability like the plague.

Things always just vanish into thin air. There is hardly ever an issue that ends with a sensible conclusion in this industry. And even when it seems a matter is concluded on paper, the execution somehow always fails or falls short.

It's a vicious, never-ending cycle. I can't help but think that maybe the whole industry needs to be demolished and start afresh.

The question is: is there going to be anyone to be held accountable for that change?

"When I was talking about owning your masters 6 years ago yall slept on the topic. Now y'all wanna talk cause Kanye is tweeting," Cass said.
TshisaLIVE
10 months ago