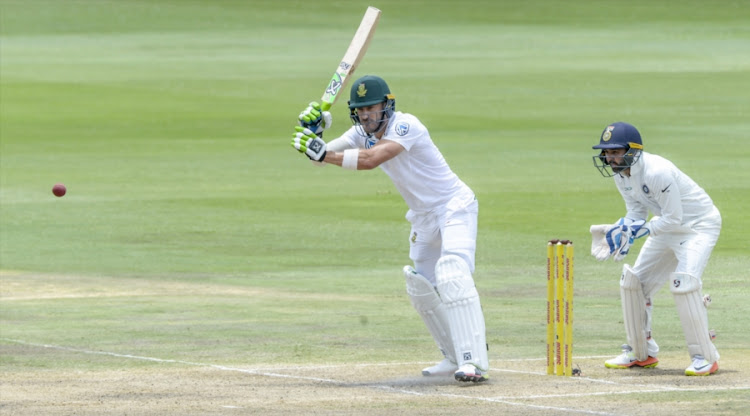 South Africa reached 230/7 at tea on the fourth day of the second Test against India with captain Faf du Plessis defiant despite the loss of the wickets of Vernon Philander and Keshav Maharaj after lunch.

When they went to the break shortly before three o’clock‚ the Proteas had increased their second innings lead to 258 with Du Plessis and Kagiso Rabada on respective scores of 37 off 122 and 0 and lots of work to do in the final session of the day.

In the process of the second innings‚ Du Plessis clocked 3 000 test runs.

The first wicket to fall in the second session was Philander when his uncontrolled pull shot was caught by Murali Vijay at square leg from the bowling of Ishant Sharma as India got the timely breakthrough.

It was Sharma’s first wicket of the day to add to the three of Mohammed Shami in the first session and Philander returned back to the pavilion having scored 26 off 85‚ which included two boundaries.

In the morning session‚ Shami accounted for the downfall of AB de Villiers‚ Dean Elgar and Quinton de Kock.

During his time on the crease‚ Philander put up a solid but slow partnership of 46 runs with Du Plessis as they withstood relentless pressure from the Indian bowlers on a pitch that is not easy to score at a fast rate and take wickets in a cluster.

After the demise of Philander‚ Maharaj arrived to join his skipper Du Plessis in the middle.

But he did not last long as he was back in the pavilion a few overs later having scored six runs after he edged the ball to Patel behind the stumps as Shami struck for the second time.