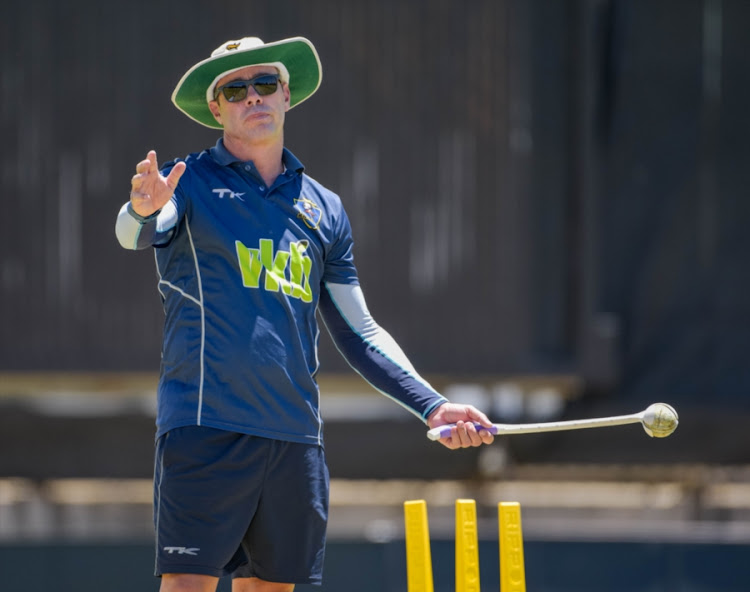 You read it here first: Nicky Boje‚ who turns 45 next month‚ is considering a comeback.

Boje played the last of his 216 first-class matches as a flinty left-arm spinner and handy batsman in January 2011.

But‚ given how the franchise first-class season is unfolding‚ he doesn’t want to die wondering about his chances of burnishing his legacy.

“Ja‚ well I’ve always thought about it‚” Boje‚ now the Knights coach‚ said on Tuesday about fetching his whites from the mothballs after he heard that five of the leading six wicket-takers are spinners.

He was‚ of course‚ not being entirely serious.

But he could have made a decent argument for having another go.

Asked why slow poison was working better this summer than in others‚ Boje‚ who grew up and played in the South Africa of Allan Donald and Fanie de Villiers‚ and a host of other quality quicks‚ was like eight of the 100 batsmen he dismissed in Tests: stumped.

“I’ve got no idea why that’s happening‚” he said.

But he had a go at explaining the phenomenon‚ anyway: “In the first round the pitches were flat and that made it difficult for seamers.

“Also‚ most of those guys have been around the block‚ so they’ve learnt their skills and got better as bowlers.”

And he wasn’t surprised by which bowler was on top: “I’ve always rated Shaun von Berg as a quality spin bowler‚ so he would probably always be there and there abouts [among the wicket-takers].”

There can be no argument that pitches have been docile‚ what with 16 of the 18 matches played so far being drawn.

The two games that were won and lost had more of a South African look about them: 48 wickets fell to fast bowlers‚ 23 to spinners.

But slow bowlers will want to believe their stocks are on the up in a country where so many factors about the way they pursue their craft — from the way they are captained to the nature of the pitches — have been ranged against them.

If we see Boje marking out a run-up one of these days we’ll know times have truly changed.

It's not of his own doing that Temba Bavuma finds himself in the Proteas sidelines but the hand injury he suffered in a domestic 50-over game was ...
Sport
3 years ago

The Titans duo of wicketkeeper/batsman Heinrich Klaasen and fast bowler Junior Dala and Warriors batsman Christiaan Jonker have been named as new ...
Sport
3 years ago