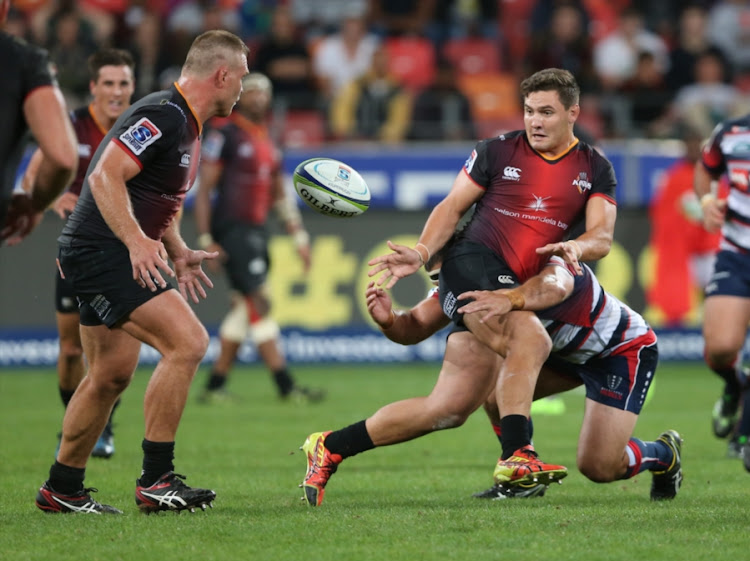 The Southern Kings named an inexperienced squad to be captained by hooker Michael Willemse for their opening two weeks of PRO 14 rugby.

The Kings play against defending champions the Scarlets on Saturday in Llanelli and follow that a week later against Irish club Connacht.

Head coach Deon Davids announced his 27-man touring squad on Monday evening including only 10 players that were part of the recent Super Rugby campaign.

But in looseforwards Rossouw de Klerk and Dries van Schalkwyk‚ who played for Glasgow and Zebre previously Davids has two players with PRO 14 experience. In confirming the 24-year-old Willemse as the first Southern Kings captain in the PRO 14 Championship‚ Davids described the decision to select the hooker as the team leader as a “natural” one. Willemse‚ who was part of the Southern Kings’ Super Rugby side earlier in the year‚ re-joined the Eastern Cape side after having moved to the Golden Lions in July. “I have decided that Michael Willemse will lead this group on this tour‚” Davids said. “He re-joined us and has been with us for about a week. Mike is quite familiar with our team culture and the way we play. “I think he was one of the standout performers for us last season in the Super Rugby competition. He is one of our core group of players that are still part of our setup. He has been a natural choice for me to take up that role as captain.” Willemse joined the Southern Kings for the 2017 Super Rugby season after having represented the Stormers from 2014 to 2016.

“Maximising potential was the buzzword last year‚ by doing that you take a great deal of pressure off yourself‚” Erasmus said.

“There are so many great coaches and quality players here at this club that the target would be to win trophies.

“Any team going into the second year with the same squad would be saying – ‘look now we are trying to win silverware’.

“That doesn’t make it easier but the goals will immediately shift to that way of thinking. Then you have to back it up on the field.”