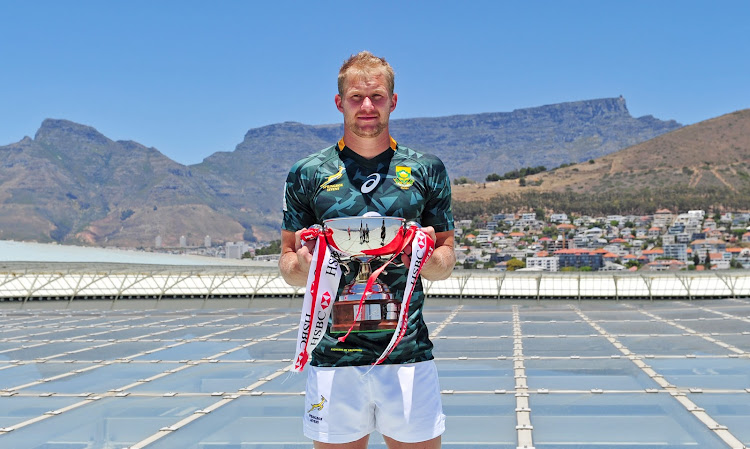 After shaking off the rust in Dubai last week‚ all teams will be an optimum level for the second leg of the 2017-18 World Series in Cape Town according Blitzbok captain Philip Snyman.

The Blitzboks go into the tournament on the back of victory in Dubai where they beat Fiji 12-7) in the semifinal then New Zealand 24-12 in the final.

England‚ last year’s winners in Cape Town‚ ended third in Dubai‚ and are also confident they will be better this week in Cape Town.

It’s shaping up to be a tournament where the heavyweights are just that little bit heavier and all the rest will be punching above their weight too.

“We were a little rusty in our opening match against Uganda last week [SA won 19-10] and it’s something we have discussed‚” Snyman said.

“We will have to be playing our best every game this week because across the board all teams will be better.

“I believe that every side here in Cape Town will take a step up in terms of performance this weekend. All the title challengers know the importance of making a good start to the season in these two events‚ so there will be pressure.

“England showed last week they are close to their best and New Zealand are clearly back as a force and Fiji will always be up there.”

England coach Simon Amor agreed that the standard of sevens continues to rise.

“Last weekend in Dubai was a great start to the World Series and you can just see how everyone has raised their game‚ which shows that the sport has been taken to a whole new level across the board. The intensity has really gone up and the margins are closer than ever‚” said Amor.

“There are a lot of things that we did well in Dubai but there’s also loads that we can still work on‚ we will certainly look to learn from the New Zealand semifinal game in particular‚ but as a first step it was a positive start.

“Cape Town is going to be a very exciting challenge for us. It’s an amazing tournament and the atmosphere is just fantastic.

“It’s obviously a special tournament for the squad after beating South Africa in the final last year‚ but our focus now has to be on day one and our first game.”

Blitzbok coach Neil Powell was able to select his strongest team with no injury concerns from last weekend‚ which makes the 12-man squad by some distance the most experienced on circuit.

It’s that experience that has pulled the Blitzboks through some tight situations recently.

A host of others have played 30 tournaments or more. The least experienced squad member is Tim Agaba‚ who will be in action in his 12th tournament.

The Blitzboks boast a combined tournament total of 458‚ or on average of 38 per player.

Dry‚ South Africa’s second-most capped player ever‚ has played in 304 matches and admits that the experience in the squad is a big bonus.

“That experience is very important and helps in tight situations‚” Dry said.

“For me‚ personally‚ to play 300 matches was a massive honour and something I am really proud of doing.”

The tournament starts at 10.15am when Samoa take on Canada in a Pool D meeting. The Blitzboks open their account against Russia at 12.49pm.

Blitzbok coach Neil Powell has picked the same 12 players that won in Dubai last week for this weekend’s second leg of the HSBC World Sevens Series ...
Sport
4 years ago

Former Lions looseforward Ruan Ackermann has been named as England’s Aviva Premiership Player of the Month for November.
Sport
4 years ago

The last thing that SA Rugby boss Jurie Roux wants to do is enter an evaluation process to host a World Rugby event in South Africa after last ...
Sport
4 years ago