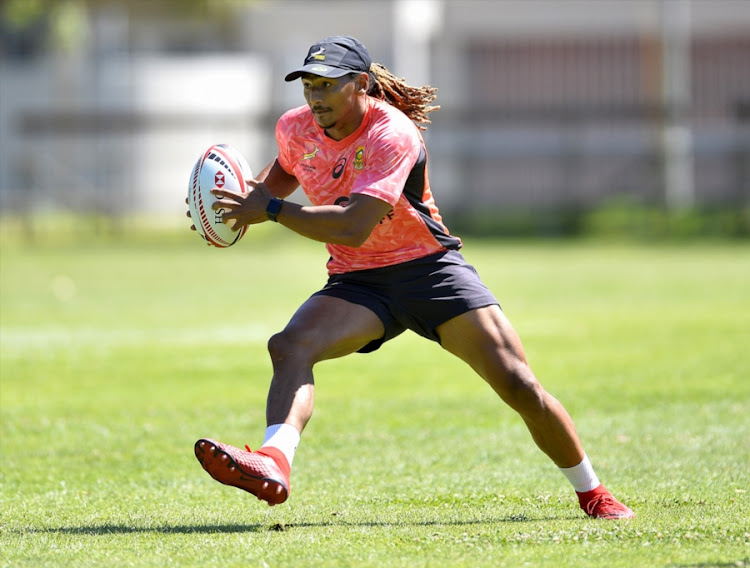 The Blitzboks’ injury problems are mounting as the World Sevens Series campaign reaches the halfway mark with news that playmaker Justin Geduld will miss the next two events.

Geduld sustained a fractured jaw during the last tournament in Hamilton where the Blitzboks were runners-up to Fiji‚ and has been ruled out for six weeks.

It was initially hoped the injury would not be so serious.

That means he will miss the next two tournaments in Las Vegas and Vancouver‚ which is a huge blow to the depleted team.

The Blitzboks will also be without leading try-scorer Seabelo Senatla‚ and forwards Kwagga Smith‚ Tim Agaba and Sikhumbuzo Notshe for the rest of the season due to Super Rugby commitments.

Senatla (150 points‚ 30 tries) and Geduld (110 points‚ eight tries and 35 conversions) have been influential in the points’ scoring stakes.

“We knew that we were losing those four players to Super Rugby‚ so it is not ideal that we are travelling without Justin too‚” coach Neil Powell said.

“Justin has been in great form this season‚ and if you add Chris Dry (knee injury)‚ who we have also lost for the season‚ the depth of our squad will be tested.

“Dylan Sage (concussion)‚ Ruhan Nel (knee)‚ Philip Snyman‚ Rosko Specman and Muller du Plessis (all hamstring injuries) were all injured before or during the Hamilton tournament‚ but we are hopeful to have some of them back for this trip.

"Luckily Siviwe Soyizwapi‚ who was injured in Cape Town‚ has been cleared to play again.”

South Africa will look to defend their title at the USA Sevens at the Sam Boyd Stadium in Las Vegas‚ and Powell said his squad will be working hard to secure another positive outcome.

“We also have the Commonwealth Games (14-15 April) on the horizon and the Rugby World Cup Sevens in July is on everyone’s radar‚ so we will be testing our depth in the next couple of weeks‚” said Powell.

“We have some exciting players waiting in the wings and we are keen to see some of them perform at this level.”

South Africa will face Wales‚ Canada and England in Las Vegas‚ where two matches are played on the first day (2 March)‚ the final pool match and quarter-finals on the second day (3 March)‚ and the semi-finals and finals of the various competitions on day three (4 March).

Olympic champions Fiji delivered their best performance in nearly two years as they beat the Blitzboks 24-17 in the final of the Hamilton leg of the ...
Sport
3 years ago