Masalesa declared ineligible to play in Bafana's qualifier in Botswana 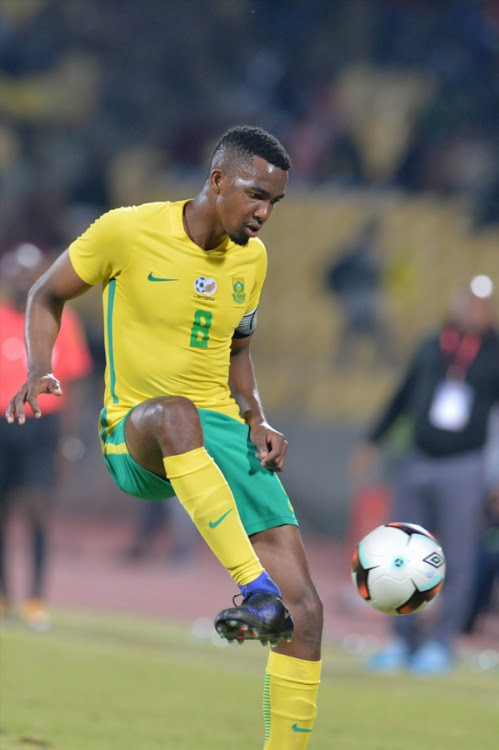 Defensive midfielder Lehlogonolo Masalesa is not eligible for Stuart Baxter’s developmental Bafana Bafana to meet Botswana in a Chan qualifier against Botswana on Saturday‚ and has been withdrawn from the squad.

The ex-Orlando Pirates defensive midfielder had been included in the squad for the qualifier for Caf’s local-based Chan qualifier in Francistown‚ Botswana‚ because he was recently out of contract at previous club Larissa in Greece.

However‚ the confirmation that Baxter received on Thursday morning was that Masalesa was not eligible because the Caf (Confederation of African Football) rules for the tournament state that a player must be registered with a squad of a club in his country.

Mamelodi Sundowns’ fringe midfielder Sibusiso Khumalo has been called up as Maselesa’s replacement.

Bafana Bafana coach Stuart Baxter could be headed on a collision course with the Confederation of African Football (Caf) after he named midfielder ...
Sport
5 years ago

Maselesa‚ the ex-Bucs player nicknamed ‘Vieira’‚ would also have been captain against Botswana‚ as he had been for a similarly developmental squad that finished fifth at the Cosafa Cup this month.

“‘Vieira’ is not eligible‚" Baxter said ahead of his young side’s training session at Orlando Stadium on Thursday.

"Which has been a very unfortunate process‚ because we got the shout first that Fifa rules say that an unregistered player can play in an official tournament.

“But when we were sitting in there and I said that I wanted it confirmed‚ I guessed that Caf could have some particular rule in themselves‚ because Chan has got to be about local players.

“And Vieira had to have a local registration‚ which he obviously doesn’t.

“Now if we had known that earlier‚ we could have probably have made some plan to get some sort of temporary loan to a little club somewhere. But now we have no time.

“It’s a blow‚ because we had him in the starting lineup. And we will have to change the shape of the way we want to play.

“I was up until late last night making calls to coaches. (Sundowns coach) Pitso Mosimane is helping with Sibusiso Khumalo.

“Now we’re just hoping that we don’t lose any of the other players either to being injured or being recalled.”

South Africa will start their fourth qualification campaign for the African Nations Championship (CHAN) when they travel to Botswana this weekend ...
Sport
5 years ago

Baxter said Booysen had put himself forward as the likely replacement captain.

“I think if you’ve watched the training sessions Mario’s been the one who’s taken extra responsibility onto the shoulders and tried to talk and help the other boys‚” the coach said.

“He’s got a bit more experience. And he’s a centreback.

"I like defenders to be captain‚ more than wingers and forwards‚ who I think are usually a little bit more concentrating on their own role and not helping other people.”