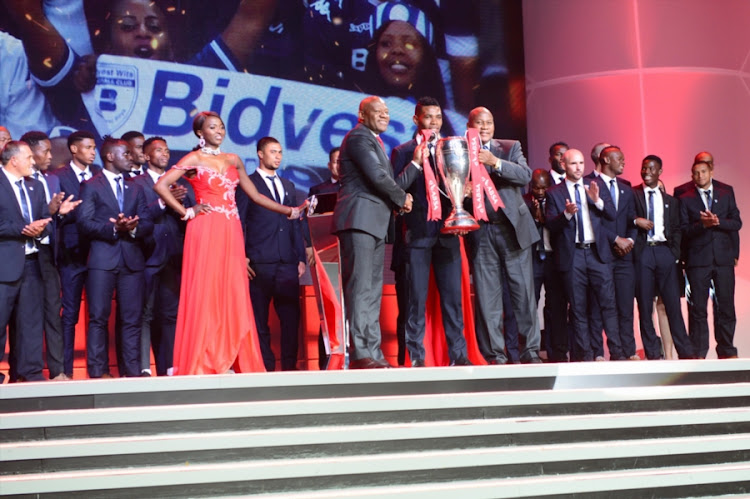 The annual Premier Soccer League (PSL) awards are the premier football awards in the country but they don’t completely reward excellence in the beautiful game across South Africa.

Before you start swearing at me‚ let me finish.

You’ll have plenty of time to swear at me afterwards.

The way the PSL awards are structured needs to be relooked.

It’s a tricky proposition because the PSL are only the custodians of club football.

The Absa Premiership is their bread and butter and that’s why the awards are centered around success in the league.

It’s not a bad thing. But the awards shouldn’t be just about performance in the league.

You can have it as a category and then transform the PSL awards into the South African Football Awards.

By doing that you will be able to honour success in the country beyond the league.

Not a single member of that side was honoured in the country’s premier football awards because their success falls outside the league.

The Lebogang Manyama fairytale continued on Monday night after the Cape Town City captain walked away with three accolades at the Premier Soccer ...
Sport
4 years ago

But now we have a scenario where Pitso Mosimane and Dennis Onyango‚ Coach and Player of the Year in Africa respectively‚ weren’t honoured in the country’s football awards through no fault of anyone.

If a club were to win the Champions League and the Fifa Club World Cup‚ they would still not be honoured in our football awards if they don't do well in the Absa Premiership.

Senzo Meyiwa lost his cool in 2014 after he played 51 games‚ breaking Themba Mnguni’s record‚ and helping Orlando Pirates reach the final of the Caf Champions League but didn’t get a nomination in the PSL awards.

That happened because Meyiwa didn't have an impressive performance in the league like he did in the continent with Pirates and then with Bafana Bafana.

Judging Panel The PSL prides itself on the transparency that surrounds the judging process of the awards‚ from the coaches choosing the Footballer of the Year award to the Player’s Player of the Year that’s selected by the players.

The other awards‚ except Goal of the Season that’s now voted for by the fans‚ are judged by analysts and journalists.

The problem is that some of those people are told just a couple of months before the ceremony.

The process would be much better if they were told before the season started‚ so that they know what to look out for and we don’t have a situation where players who finished strong get an unfair advantage because after a marathon of matches some distant memories are vague.

The league needs to also spread the judges across the country so that no region is favoured over the other.

NFD The first division has always been treated like an adopted brother of the Premier Division‚ hardly given any attention and when they get anything they are thrown the barest minimum.

The PSL needs to at least introduce awards to honour the best coach and player in the NFD to go with the only award the league currently gets – of the top goalscorer.

While we’re at it‚ they can also introduce a young player of the year award to add some incentive for forcing clubs to field a certain number of players under the age of 23.

At the moment the MultiChoice Diski Challenge rewards more people than those from the NFD through the top goalscorer award and the Most Precious Find.

Awards ceremony by nature will get people debating‚ one group arguing so-and-so deserved to win ahead of so-and-so.

A healthy debate has never hurt anyone.

But it’s about time that the awards are transformed to reward a wider scope than they currently do.

Now you can start swearing at me.