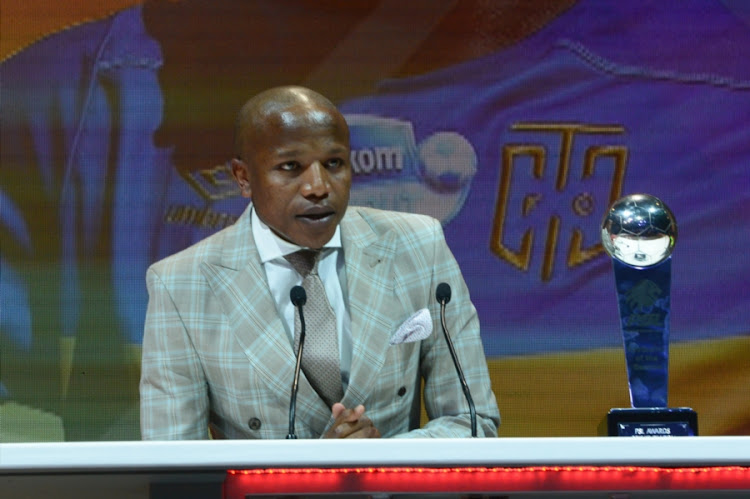 Lebogang Manyama has matured from a forward with pace‚ skill and all the attributes‚ but lacking in consistency‚ to a week-in‚ week-out model of destructive forward capability.

On Monday night in Sandton Manyama beat some 450 other Premier Soccer League players to the 2016-17 Footballer of the Season award‚ and was voted by his compatriots to the coveted Player’s Player of the Season prize.

For good measure he collected top scorer for the 13 goals that were so influential in Cape Town City finishing third in their first year of existence.

The Lebogang Manyama fairytale continued on Monday night after the Cape Town City captain walked away with three accolades at the Premier Soccer ...
Sport
4 years ago

Manyama revealed that it was his agent and mentor Maimane Phiri who influenced his decision to remain with the franchise of Mpumalanga Black Aces when they were sold to John Comitis and moved to Cape Town a year ago.

It was not the first time Phiri played a role in Manyama making a crucial move to the Cape.

The ex-Bafana Bafana midfielder‚ as coach of lower-tier Alexandra FC‚ saw to it that his young protégé got a move to Ajax Cape Town in 2010.

“I can never forget the recognition I get from people from Alex for this award. Especially Maimane Alfred Phiri‚” Manyama said.

“He’s done so much for me in my career. I don’t think I can ever pay him back.

"How do you go there with 14 players? Because you can see PSL is getting better and better each year’.

“And ja‚ we sat down and we spoke and after sitting out injured for about eight months I realised that this was a new challenge‚ and maybe that was what I needed.

“And I think now I realise that that’s probably the best decision that I made in my life.”

A transfer to SuperSport United in January 2014 did not work out as the forward battled injuries and lack of game time.

In 2015-16‚ under Muhsin Ertugral‚ and at one of his best levels of fitness under conditioner Elsa Storm‚ Manyama started to hit his stride as captain of the Aces team that finished fourth‚ though he was injured from February onwards.

This past season‚ playing 29 league games‚ the goals flowed.

“Being injury free was one of my biggest problems before‚” Manyama said of how he became a more complete player in Eric Tinkler’s exciting City.

“This season‚ in terms of consistency‚ I only missed one game. And when you play week-in‚ week-out you just keep getting better and better.”

Manyama has realised the potential he showed playing 22 league games in his first season in the PSL with Foppe de Haan’s magical young Ajax runners-up to Orlando Pirates‚ who should have won the league in 2010-11.

Of that team‚ Khama Billiat and Keagan Dolly became African champions with Mamelodi Sundowns last season‚ with both nominated for 2015-16 PSL player of the season‚ which Billiat won.

Thulani Hlatshwayo and Nazeer Allie won the PSL with Bidvest Wits in the past season. Hlatshwayo was the Clever Boys’ captain‚ and won PSL Defender of the Season.

“It does say a lot about where we come from – we will forever be grateful to Ajax‚” Manyama said.

“And obviously there’s no way I didn’t think to myself about how Khama won it‚ Thulani was here‚ and now I’m here too.”