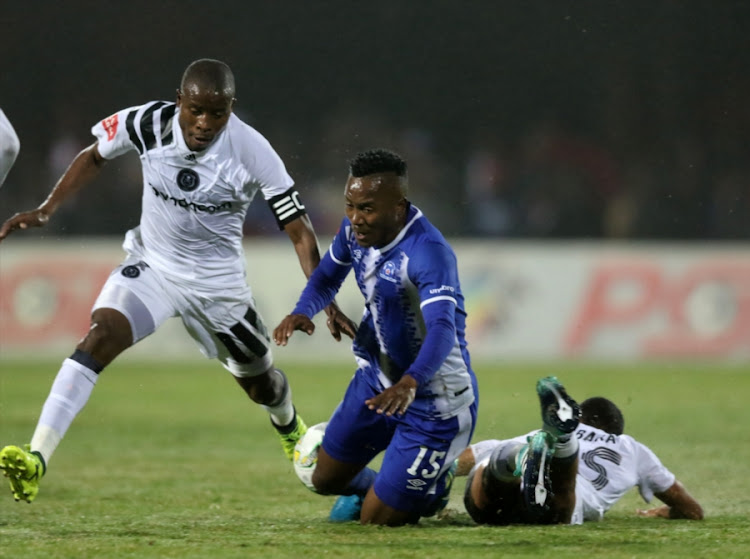 The early season top-of-the table clash between Maritzburg United and Orlando Pirates ended goalless as both sides gave little away in a controversy-clouded clash at a misty Harry Gwala Stadium on Friday night.

Pirates might feel they were more deserved of a victory having had an early penalty appeal turned away and also seeing a second-half effort from Ntsikelele Myauza refused by referee Cedric Muvhali.

“It was tough against a good team. You can see it’s not by accident Maritzburg have eight points already,” said Pirates coach Milutin Sredojevich at the final whistle.

The Buccaneers had an early penalty appeal turned down when Thabo Qalinge was brought down in the eighth minute but the referee turned down genuine looking appeals for a spot kick.

Three quick passes, so rarely seen in the Premier Soccer League, unlocked the Pirates’ back four and set up Siphesihle Ndlovu away but his first touch let him down, even though he was able to round Wayne Sandilands only to see Happy Jele come to the rescue.

Counter attack possibilities were rare for Maritzburg as Pirates had the run of the majority of the game but one such opportunity saw Evans Rusike’s burst into a shooting position on the half-hour mark but his shot was well saved around by a diving Sandilands.

At the other end, Thabo Matlaba’s header in the 39th minute was fumbled by Maritzburg’s new Ghanaian World Cup goalkeeper Richard Ofori and offered Thamsanqa Gabuza a chance to snap up the loose ball but he was a split second too slow in his bid to utilise the opportunity.

His disallowed goal came in the 50th minute when Nyauza nicked a little touch in at the near post from a set piece.

But it looked as if Maritzburg’s centre back Bevan Fransman had been impeded in the build-up.

Maritzburg lost Ndlovu to a red card five minutes from the end to a second caution, which is a blow given they next face Kaizer Chiefs at home on Wednesday.

“It was third game in six days and you could see we had to just grind it out,” added Maritzburg coach Fadlu Davids.

SuperSport United were held to a goalless draw by Zesco United in the first leg CAF Confederation Cup quarter-final match at Lucas Moripe Stadium in ...
Sport
4 years ago

Kolo Toure has joined Scottish champions Celtic as part of their coaching set-up after announcing his retirement from playing, the club said on ...
Sport
4 years ago

Football runs in Teboho Moloi’s DNA‚ and he will receive the full support of Chippa United’s management as the club’s new caretaker-coach‚ Chippa ...
Sport
4 years ago