Why Polokwane City go in as favourites against Bloemfontein Celtic 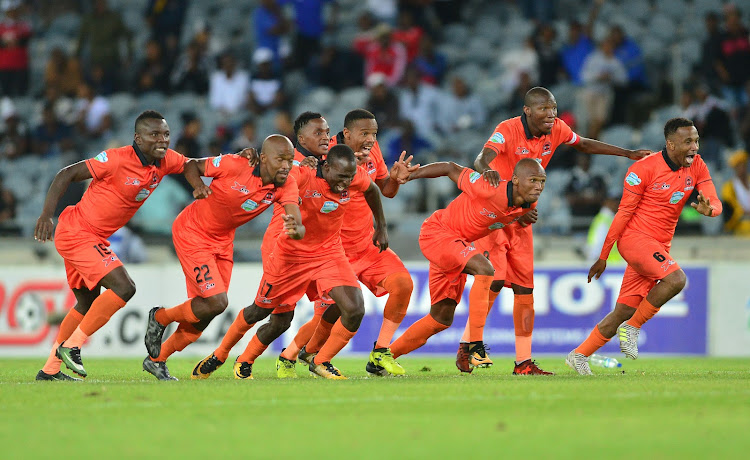 Polokwane City’s season has certainly been a roller-coaster so far with coach Bernard Molekwa seemingly on the brink of being axed before leading his side to the cusp of a first ever major cup final and a club record run without defeat.

City will host in-form Bloemfontein Celtic at the Old Peter Mokaba Stadium in Polokwane in their Telkom Knockout semifinal on Sunday and with homeground advantage and a six-game unbeaten run behind them‚ go in as favourites.

They have twice before gone seven matches without defeat since their elevation to the Premier Soccer League in the 2013/14 season‚ but this game and their league clash at home to Maritzburg United next Wednesday give them the chance to better that.

It is a massive turnaround in fortunes from the start of the campaign when they lost four games in a row and an emotional Molekwa was seemingly resigned to his fate following a controversial 1-0 loss at Cape Town City that was characterized by poor officiating.

“They (the officials) are not aware these kind of decisions cost the coach’s job. They’ll be going home smiling‚ feeding their kids and his family‚ but I’ll be losing my job‚” Molekwa said at the time.

“If we had lost the game fairly and I’d lost my job I’d go to the mirror and say‚ ‘fine‚ I failed’‚ but if someone else impacts on you like this‚ that is no good at all.”

But the injustice of that result has spurred City on greater heights as they have since twice drawn with Orlando Pirates and once with Kaizer Chiefs where they more than matched their opponents‚ and advanced to a first ever cup semifinal.

Molekwa claims their form was never that bad‚ but the rub of the green that deserted them earlier in the campaign is now going their way.

“Honestly speaking‚ we were playing well but we just couldn’t get the results. We continued to motivate the players‚ there is nothing that can come if you don’t work hard‚” the coach said.

“We are happy to be where we are‚ but it hasn’t come easy‚ we worked very hard to get here.

"Sometimes you work hard and the results don’t come your way‚ but you still need to motivate the players and make sure you don’t forget the objectives of the club.

“In the games where we lost‚ we were able to identify the mistakes and we worked hard on those. We are still not at the level we want‚ but we know we can improve as a team.”

Striker Rodney Ramagalela has claimed many of the plaudits this season and won Player of the Month for October in the Absa Premiership after six goals in 10 starts in the league.

But Molekwa also had praise for his strike-partner Rendani Ndou‚ who netted a brace in the Telkom Knockout quarterfinal against Orlando Pirates in what was a powerful all-round performance.

Before this season he hadn’t scored a single goal in over two years.

“He has been important for the club and been waiting for his chance‚” Molekwa says.

“He is one of the players that will always give 100 percent and that is what is making this team get good results now.”

Molekwa says his team might have an advantage in their semifinal being the home side‚ but is taking nothing for granted.

“We still feel we can achieve good things.

"I cannot talk about the final before the semifinal‚ but if we do make it‚ it will be good for the club and the players‚” he says.