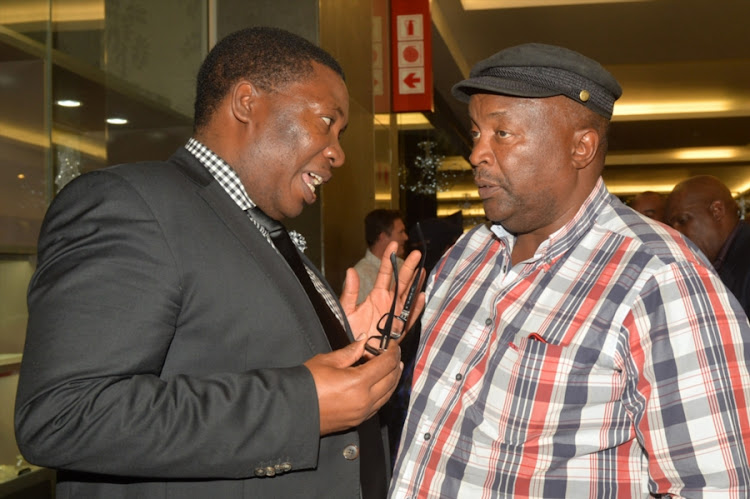 Swallows FC have not bought the National First Division franchise of Cape Town All Stars‚ but have made bids for two NFD statuses‚ a spokesman for the team has said.

Indications on social media were that a deal had been done for ABC Motsepe League (third-tier) club Swallows to buy NFD All Stars.

“And then‚ at the moment‚ there were two bids for NFD teams‚ which nothing has been signed for – there’s no deal‚” Kganakga said.

“But (there are) two teams that have been approached. As soon as there is news to reveal we will definitely make a statement.

“Because remember what happened with the previous encounter trying to acquire Free State Stars. So we have to do things correctly and follow proper procedures.”

Asked if All Stars was one of the NFD teams approached‚ Kganakga said: “Well I wouldn’t say that because one would make a statement and put a team in trouble when there is no such.

"So I would say let’s rather wait until there’s a deal‚ then announce.”

Swallows FC are a team part-owned by Lesufi‚ and part by crowd-funding shares that have been sold to the public‚ in an attempt to resurrect fallen giants Moroka Swallows.

“So we can basically say the team is owned by the people‚ not a specific person‚” Kganakga said‚ adding that 248 shares‚ valued from R350 upwards‚ have been sold.

He said other investors such as Galito’s chicken fast food franchise‚ assurance company Avbob and Blue Label Telecoms have also come on board.

Swallows FC have not been able to acquire the naming rights to Moroka Swallows‚ and play with a different badge.

“Moroka Swallows have been in a liquidation process.

"So the investors decided to have their own team‚ apart from Moroka Swallows‚ meaning that Swallows FC are a new team‚” Kganakga said.

“Because of the passion and the love that the chairman had for Moroka Swallows‚ he felt that having something close to Swallows could at least give hope to the former supporters of the team.”

Kganakga said the possibility of buying the Moroka Swallows naming rights‚ once that liquidation process has been concluded‚ will be explored.

“Time will tell. If it happens‚ it will happen. If not‚ then it will be unfortunate‚ but it would be nice to have it‚” he said.

'What motivates me is to whip him every time I come up against him', McCarthy

Benni McCarthy shows his respect to one-time coaching mentor Gavin Hunt by trying to “whip him every time I come up against him”‚ the Cape Town City ...
Sport
4 years ago

Polokwane players were warned but they did not heed cautionary advice

Polokwane City coach Bernard Molekwa warned his side against complacency going into the Nedbank Cup but will also have to take some responsibility ...
Sport
4 years ago

Is there finally an end in sight to the search for a permanent PSL CEO?

The latest development in the ongoing saga over the search for a permanent CEO of the Premier Soccer League will be reported to a board of governors’ ...
Sport
4 years ago

Striker Jeremy Brockie has been warmly welcomed at Mamelodi Sundowns and the only thing missing now is his first goal for his new employers.
Sport
4 years ago