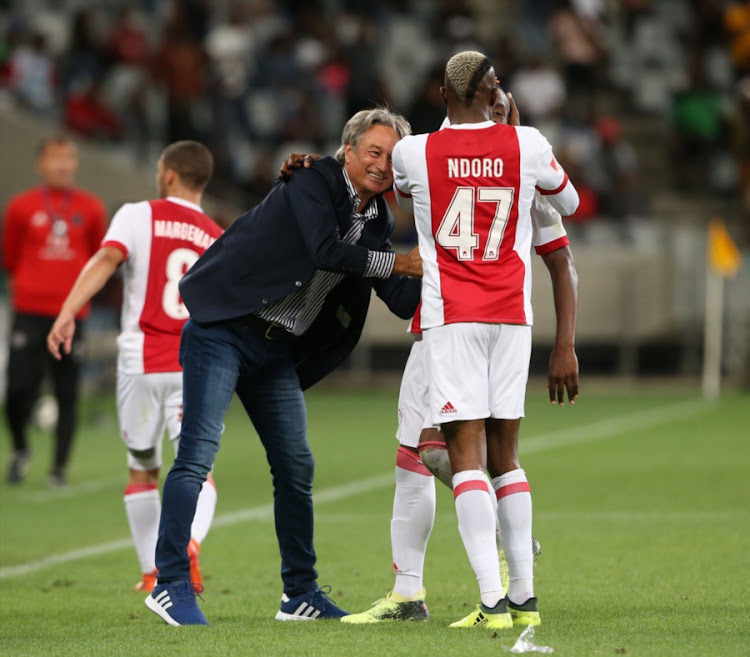 The Premier Soccer League (PSL) appeal against the decision of its dispute resolution chamber (DRC) on the eligibility of Tendai Ndoro to play for Ajax Cape Town has been referred from Fifa back to Safa arbitration.

The matter‚ which has been passed around like a hot potato‚ has been transferred back to the South African Football Association‚ who must find an arbitrator with the merit to decide the case.

FIFA Players' Status Committee agrees with Ajax CT’s view that they do not have jurisdiction on the Tendai Ndoro matter and refer matter back to ‘the competent authorities in South Africa’.

The matter‚ related to a Fifa ruling that a player may not turn out for more than two clubs in a season‚ was originally decided in favour of Ajax by the DRC on January 31‚ who ruled the Zimbabwean striker eligible to play for the Urban Warriors.

The PSL appealed that decision at Safa arbitration‚ which‚ on March 28‚ referred the matter to Fifa’s Players’ Status Committee.

That committee has referred the matter back to Safa to be dealt with internally in South Africa.

Ndoro played a game for Orlando Pirates in August‚ then signed for and played for Al Faisaly in Saudi Arabia.

He signed Ajax in late December and has played seven games for them since.

The saga over the eligibility of Tendai Ndoro is still a long way from being settled after Ajax Cape Town again slammed the FIFA rule that prevents ...
Sport
4 years ago

An application by Ajax Cape Town in the High Court for an urgent interdict against the Tendai Ndoro eligibility matter going to Fifa was dismissed on ...
Sport
4 years ago

The Premier Soccer League (PSL) will oppose an attempt at an urgent interdict at the High Court on Tuesday morning by Ajax Cape Town on the referral ...
Sport
4 years ago

Tendai Ndoro must immediately stop playing for Ajax Cape Town but a decision on whether the Premier Soccer League’s Dispute Resolution Chamber were ...
Sport
4 years ago