No weave or wig for SA's most beautiful lady 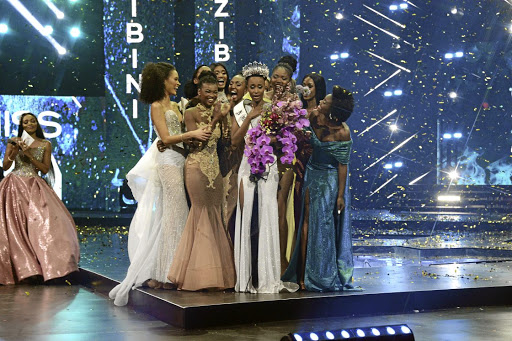 Zozibini Tunzi was clearly overwhelmed at winning the Miss SA title. Back at home in the Eastern Cape, her mother collapsed at the news and had to be treated by paramedics.
Image: Gallo Images/Frennie Shivambu

Just a day into her new job and newly crowned Miss SA, Zozibini Tunzi, is already an ambassador for African beauty, choosing her natural hair over a weave or wig for the pageant.

Her decision sparked a widespread conversation on social media. Some claimed the look was "too basic" for a beauty pageant. Others applauded her for challenging beauty stereotypes.

The 25-year-old Eastern Cape graduate's victory on Friday night amplified the conversation under #BrownSkinGirls, with some social media users saying she had "nappy hair" and was "just a village girl". She laughed off the comments.

"I am aware that social media can be a dark place," she told the Sunday Times yesterday. "I am not too worried about it, though. I just don't take it to heart. I don't google myself or look at social media comments to validate me. I know that I am beautiful. That beauty is from within and not everyone has the same ideas of what beautiful is."

It was second time lucky for Zozibini Tunzi on Friday when she was crowned Miss SA 2019 at the pageant's spectacular finale in Pretoria. The ...
Lifestyle
2 years ago

A few years ago she decided to cut her hair short. "I looked in the mirror, terrified of what I might find. I was worried that it might change me, that I would no longer be beautiful. Instead I fell in love with myself. I saw a queen."

She hopes to instil this confidence in young girls like her youngest sister, Ayakha, 13.

"I didn't have an awful lot of friends so I started entering beauty pageants. It didn't only help with my confidence but also with seeing different kinds of women."

"I started to see beauty in different places and in different forms. As I grew, it helped me understand how diverse but beautiful we South African women are. It's something we need to embrace.

"I want this to be a win for all South African women. I want to show that you can be beautiful by simply being yourself, by wearing your own natural crown, and not be ashamed." 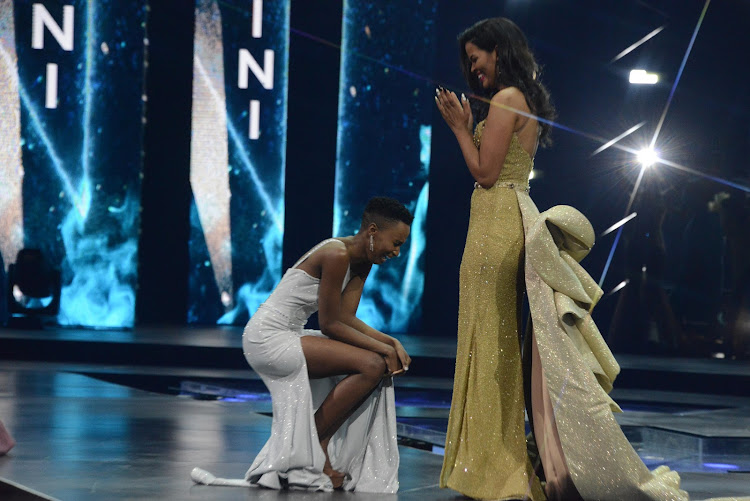 Tunzi, who is from Tsolo, was crowned at the Sun Arena in Pretoria on Friday night. She beat 15 other finalists and took over from last year's winner, Tamaryn Green. When she was declared winner, she fell to her knees and was joined on stage by Ayakha.

"I saw my sister and I just broke down because of what it meant to me, to her, and to my family," Tunzi said. She has two other sisters, Yanga, 30, and Sibabalwe, 24.

She was told that her mother, watching at home, collapsed when the news broke and was treated by paramedics.

"Here sits the crown, beautifully so on my kinky coarse hair. I hope I make South Africa proud," said Zozibini Tunzi in her first official Instagram ...
Lifestyle
2 years ago

Tunzi, who was a semifinalist in the 2017 pageant, dedicated the win to her family and her community, which she said still faced many difficulties.

Her mother is a school principal in the village of Bolotwa, near Dutywa, and taught her daughter the value of education. "I have seen the state of education in the Eastern Cape, I have lived it. There are classes under trees and overcrowding in the classrooms that are available. I have seen the benefits of an education and I want that for all children."

Tunzi graduated with a national diploma in public relations management from the Cape Peninsula University of Technology and was completing her bachelor's degree in PR at the same institution when she entered the Miss SA pageant. She will resume her studies after the competition, with the goal of getting a doctorate.

She will spend the next year and beyond representing SA on the world stage, and will compete at the Miss Universe pageant in December.

"I want to show the world our natural African beauty because I believe that is what makes us incredible," she said.

The best & worst dressed celebs at the Miss SA 2019 pageant

Not all the outfits worn by the A-listers who attended this event were as beautiful as our new Miss SA, Zozibini Tunzi
Lifestyle
2 years ago

It's so sparkly! Here's how much the new Miss SA crown is worth

On Woman's Day, one of the beauties of the Rainbow Nation will be crowned with, well, a beautiful rainbow of a crown when they win the 2019 Miss ...
Lifestyle
2 years ago

Earlier this month, Bonang confessed that she'd be styling herself for her Miss SA 2019 hosting gig. "Wish me luck!" she tweeted. Now that the ...
Lifestyle
2 years ago