It's not cheating to use VR tools rather than paintbrushes, says digital artist 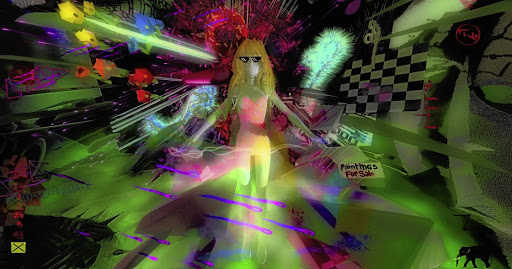 “Look, she's not drop-dead gorgeous,” says digital artist Don Maxwell Searll about his fiancée. “But she was mine — and now she's fallen for Beeple.”

For those who aren't au fait with the latest news from the world of non fungible tokens (NFTs) and digital art, Beeple is the pseudonym of Mike Winkelmann, a graphic designer from Charleston, US, who sold an NFT of his work for $69m (R991m) at Christie's in March.

“I'm convinced she's only attracted to Beeple because of the cash,” says Searll, who proposed to his digital creation — a funky, sunglasses-wearing, scantily clad blonde babe — at the virtual opening of his latest 3-D exhibition.

Searll started creating virtual reality works in the early '90s. He says it's taken 30 years for the technology to mature.

“Only in the last few years, since Mark Zuckerberg bought Oculus, the VR headset-making company, has VR started to develop,” says Searll. “Covid-19 has been the next kick in the arse for the development of VR, because we've had to up our game at communicating remotely.”

For a 3-D nut like Searll, the most exciting thing about the advancements in technology has been the ability to create inside a virtual space. “I've started making art works that you can fly through. Last year I created a virtual gallery in collaboration with artist Daniel Selibe, who's known for using music to inspire his Jean-Michel Basquiat-like works.”

Searll constructed his virtual gallery from a “point cloud”, a set of data points in space that represent a 3-D shape or object with a set of Cartesian co-ordinates. These are generally produced by 3-D scanners or by photogrammetry software, which measure many points on the external surfaces of objects around them.

“I used a burnt-out factory in Canada as reference for the virtual space which I turned into a multilevel gallery,” says Searll. “Selibe's vibrant work was exhibited on the first floor — with music he'd created — and, on the top floor, I created my works, a mixture of sculpture and painting made with virtual reality software.”

Searll credits the Robin Williams movie What Dreams May Come as his inspiration for the work. In the film, Williams is able to experience what it's like to be inside paintings like those of Monet's gardens. “Ever since I watched that movie, I wanted to be inside the paintings — to be interacting with those landscapes. That's become a reality. I can fly around my own paintings now,” says Searll.

“Imax was close to delivering an immersive experience because the screen is so large. When you don't see the frame of the screen, you feel like you're inside the movie. VR and all these new technologies don't have a frame any longer. We've changed the perspective.” 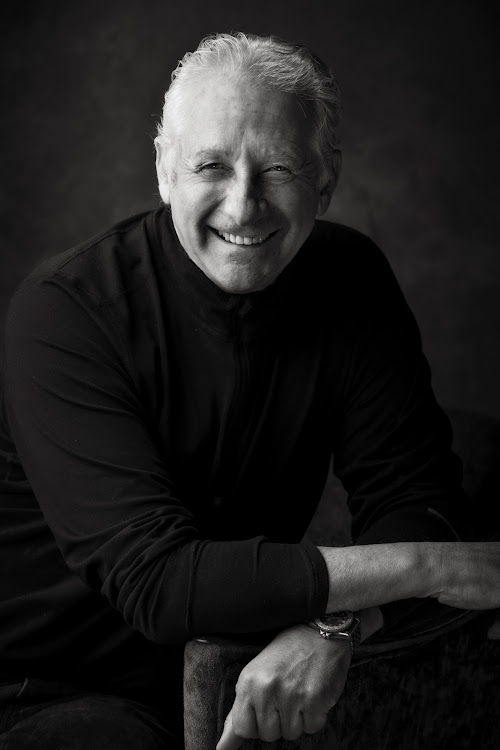 Searll reiterates that frames of reference have changed for young people. Not only do they want to experience media in 3-D and 4-D, they also want to be in control. “You can now choose one of multiple alternative endings to your films.”

For his virtual show, Searll created 20 works — each with a kinetic aspect. “The painting is actually alive,” he says. “One of these works was the NFT girl, who fell in love with Beeple. She's become my muse.”

When Searll first started making digital works, they'd have to be ratified by the necessity of particular physical technology on which to “play” them.

“Now we have blockchain NFTs to verify them,” he says. “It was a turning point on a global level when Beeple sold his jpeg for $69m. It created real value for digital works. You can sell your masterwork as an NFT — endlessly replicable, but with only one originating token.”

Searll has a philosophy about art and technology: rock artists used to have to make pigment from crushed minerals. Van Gogh had to make his pigments too — and make sure that they were durable.

“When paint began to be sold in tubes, the artists were up in arms,” says Searll. “That's not art, they complained — you didn't make your paint, or craft your paintbrush from horse hair! When photography came out, artists complained again that it was cheating. The same with airbrushing. And now it's a similar story with virtual reality tools. I created my NFT girl with a 3-D program — I could paint on her, move her around, do whatever I wanted with her ... like get engaged to her,” says Searll.

“But just after I'd created her, NFTs started gaining popularity. Beeple sold his token a week before I launched my show at the Alliance Française gallery in Joburg so I decided to make him part of my back story.”

Searll thought that the connection to Beeple and NFTs would give his work some traction. “But it got f**k all,” he says. “This made me realise an important fact: Beeple didn't make his fortune overnight. He spent 13 years building a name for himself in the digital art world, making one piece of digital art and posting it every day for over a decade. He built up a big following. Collectors evaluate artists based on their process, on how much energy and effort they've put into their work.”

There are lots of sites where you can view and bid on these digital works but the bottom line, urges Searll, is that to sell any art anywhere, the artist must have a following. “Trying to piggyback on Beeple's success sadly just didn't work.”

Searll explains that first you need to be part of the Metaverse (a collective virtual shared space, created by the convergence of virtually enhanced physical reality and physically persistent virtual space, including the sum of all virtual worlds, augmented reality, and the internet) which means you need own ethereum (a decentralised, open-source blockchain using ether, the native cryptocurrency of the platform. After bitcoin, it's the second—largest cryptocurrency by market capitalisation and the most actively used blockchain.)

To exhibit a work, you need to mint it — you have to mine a blockchain to create the token which costs money for the computer processing. You also have to pay “gas fees” (gas is the unit that measures the amount of computational effort required to execute specific operations on the ethereum network).

“At the end of the day, it can cost up to $200 just to mint and place a digital work in a virtual gallery. I've had works in virtual galleries for years and haven't had a sale,” he says.

“At the moment, most of this goes over people's heads, but making the work is a lot of fun” — and he's convinced he'll get to Beeple's level of fame one day.

We've heard of the art world waking up to NFTs, and now it seems that musicians are also buying into the concept.
Lifestyle
3 months ago

NFT digital artwork by humanoid robot Sophia up for auction

Robot artist Sophia, whose first artwork goes up for auction on Wednesday, says she draws inspiration for her work from people and is open to future ...
News
4 months ago