IN PICS | Inside the revamped Nike Shapa Soweto centre

The design of the new sports, culture and community centre in Klipspruit is the architectural embodiment of local potential realised. 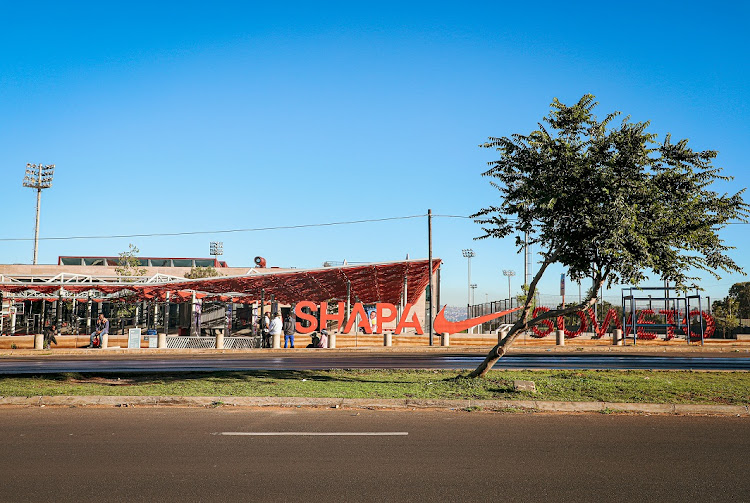 At the end of last year, Nike Shapa Soweto, a new centre for “athletes, culture shapers and fashion makers”, opened in Klipspruit.

Its bright-red steel canopy, rammed-earth walls and pillar bearing the famous Nike swoosh are instantly recognisable, making it an eye-catching presence in the dusty and monotonous urban landscape around it.

Although it had largely been hidden from view (particularly from Chris Hani Road, where its presence is now most felt), the site has long been the home of the Nike Football Training Centre, which was built in 2010 when South Africa hosted the Fifa World Cup. Back then, Nike commissioned well-known Canadian multidisciplinary design agency RUF project, which worked with local architect Luyanda Mpahlwa of Design Space Africa, to transform an existing training ground into a state of-the-art training facility.

The pavilion at its centre — a slick, modernist-looking glass box with eye-catching timber louvres— ended up gracing scores of magazine covers and raked in several awards.

Ten years later, though, the brand recognised the site’s potential to do something new for the community and for sport in Soweto. Working closely with c76 Architects and Futura Design Agency, which has a long history with Nike, particularly relating to graphic-design and other aspects of its branding in the South African context, Nike reconceptualised the centre for a new decade. 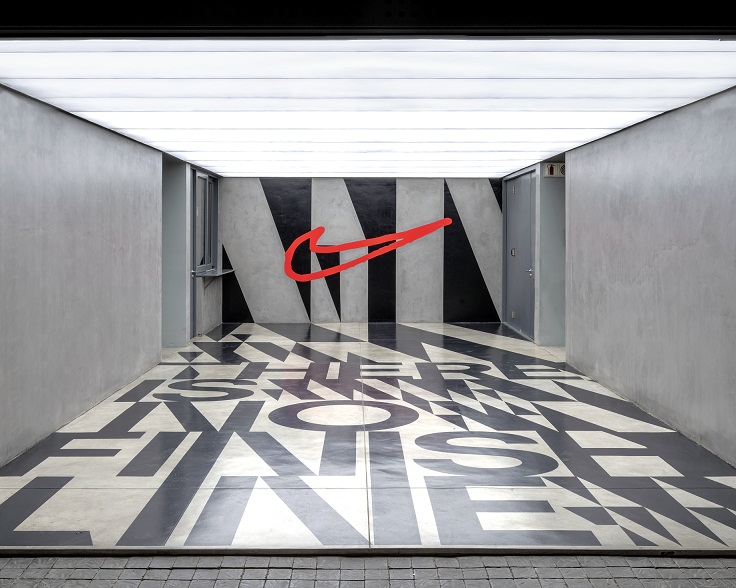 The tunnel where the players assemble before they take the field.
Image: Courtesy of C76 Architects

The general idea was to broaden its scope to include a wider selection of sports, and to attract more girls and young women to the facility with an emphasis on developing women athletes. It also introduced other cultural elements to the centre’s offerings.

After much consultation with the local community, the facility now consists of the two original football pitches and five-a-side soccer fields as well as a professionally designed skate park, basketball courts, an athletics oval, a cross-country running track, dance studios and even a makers’ space.

The revamped and extended facility is a beautiful and effective reading of how the intersection between the goals of a global brand and the needs of a community might crystallise into something entirely new. 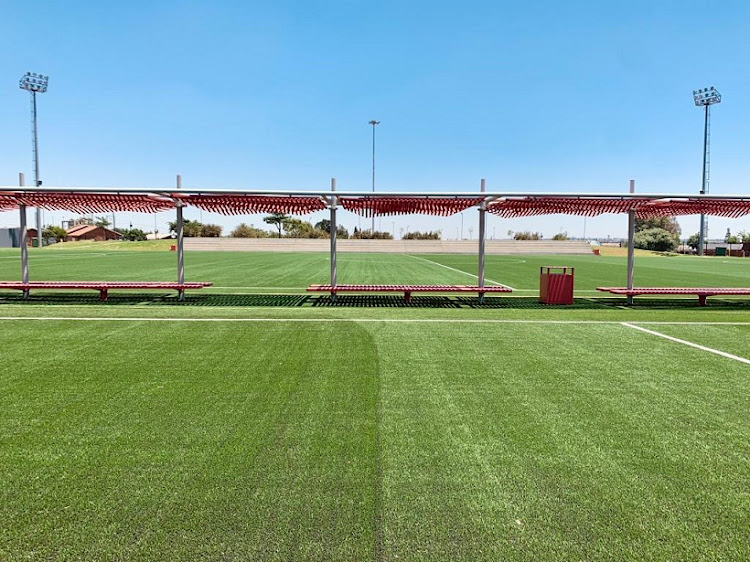 The new shaded seating on the side of the football fields.
Image: Courtesy of C76 Architects

Lead architect Carl Jacobsz’s key insight when it came to the spatial arrangement of the centre was to “flip” its orientation. The existing pavilion, logically enough, faced the football pitches and had the changing rooms and parking lot behind it, so it essentially turned its back on Chris Hani Road, the area’s busiest thoroughfare. 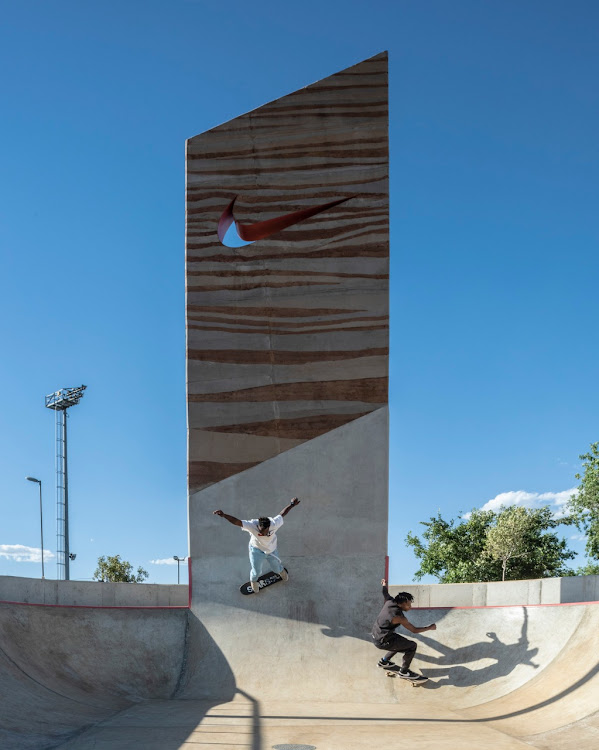 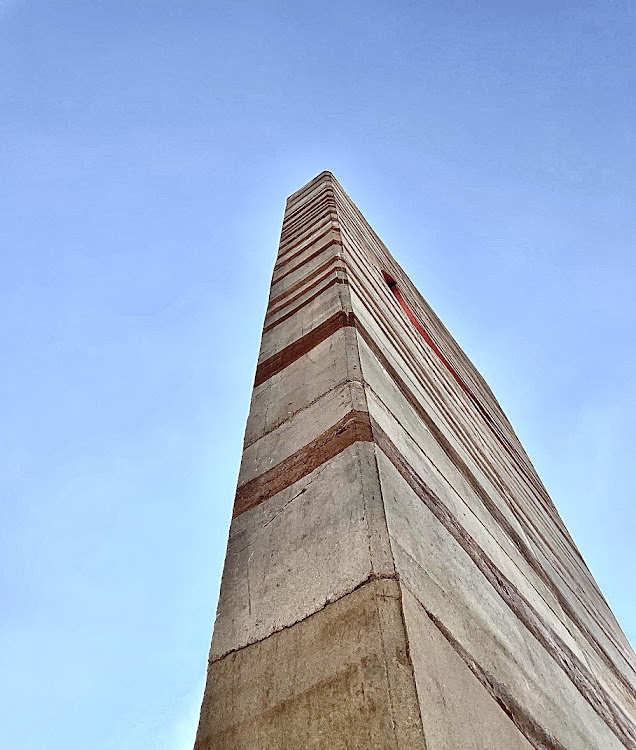 Rammed earth was used for the pillar bearing the Nike logo
Image: Courtesy of C76 Architects

They shifted the main entrance to Chris Hani Road, lowered the walls and turned the centre to face the street, so that it now engages directly with the community. It has a public presence and identity in a way that it never had before and is much easier to access.

The placement of the skate park and basketball courts in the area between the pavilion and street was another inspired move. In Soweto, the “yard” — the semi-public, semi-private area between house and pavement — is a social space. In fact, the architects and designers referred to the area as the “social yard” in a kind of working title during the design and construction phases. It’s now called the “Community Hub”.

By sensitively considering the facility’s cultural context and plugging into local spatial conventions, the designers gave the community an instant, intuitive sense of its purpose and character. Jacobsz explains that he removed the back wall of the pavilion and replaced it with glass so that it faced the yard and became open and welcoming. He also extended the axis created by the pavilion’s tunnel (where football teams line up to take the field) so that the new area dovetailed with the logic of the building and connected with the existing five-a-side soccer pitches.

Noting the absence of green space — a park, for example— in the vicinity, he designed grassy mounds and berms, and included trees in the layout. This makes for a softer, more inviting landscape where kids can sit, watch the skating and basketball, and cheer on their friends. 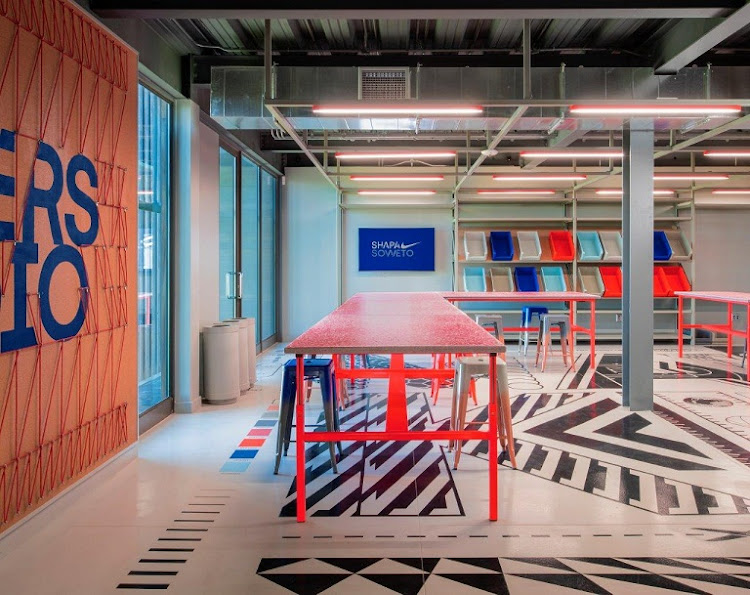 The patterning on the lockers features the angled grid that is the basis for the graphics throughout the centre.
Image: Courtesy of C76 Architects

The heat and harsh sunlight also had to be mitigated, giving rise to perhaps the most recognisable feature of the new facility: its huge, bright-red, three-dimensional shade canopy. Jacobsz says that its patterning is closely tied to a complex and comprehensive graphic identity that runs throughout almost every aspect of the facility.

Creative director Gustav Greffrath and the team at Futura conceptualised Shapa Soweto’s graphic identity, which, he says, has its origins in the 23.5° angle of the Nike swoosh. Using that angle and the proportion of the swoosh they created a grid, which they in turn applied to every other design motif in the facility, creating its visual language. You see it on the walls, floors, punchbags, locker doors … everywhere, in fact, spun out into a myriad of forms and variations.

They even used it to create a typeface called Shapa Bold, which is now synonymous with Shapa Soweto. This graphic identity is also woven into and layered onto the architecture. Jacobsz found ways to introduce its patterns and forms into the building itself — in the shapes of the skylights, for example, and, most notably, in the design of the canopy. From a bird’s-eye view, Futura’s grid is clearly laid out. 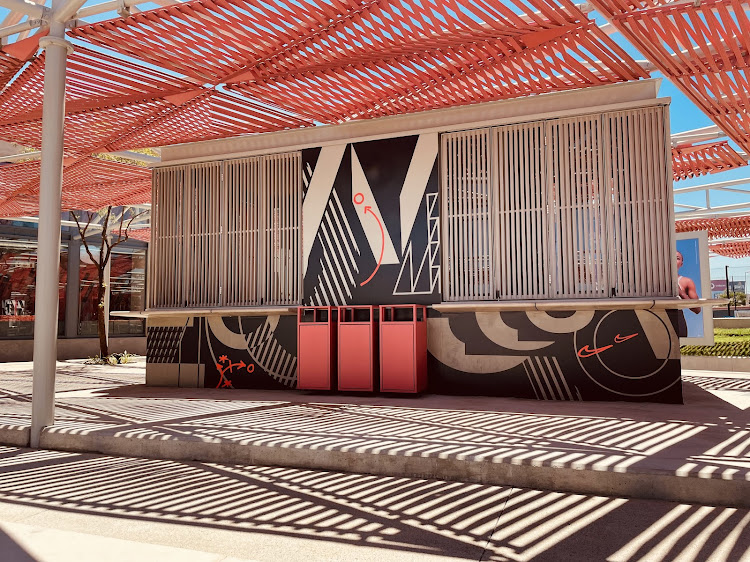 Shops and kiosks in the community hub.
Image: Courtesy of C76 Architects

They translated it into a three-dimensional prism-shaped design, he explains, because the canopy had to work effectively. The movement of the sun across the sky necessitated a form that could provide a double layer of shading from all angles, and the prism was his solution.

The incredible patterns made by the shadows, he says, were an unexpected bonus. They multiply and vary the motif, and introduce a sense of movement and dynamism to the space — a palpable energy that animates the design language throughout the facility. And he left cut-outs in the canopy, allowing the trees to grow through it and spread their branches above it.

The canopy also plays a subtle yet powerful role in the narrative of the architecture, in how it connects the centre to the urban fabric around it and to the ground of Soweto itself. The walls and other aspects of the design are constructed using rammed earth, almost creating an illusion of this distinctive red soil rising up in layers. 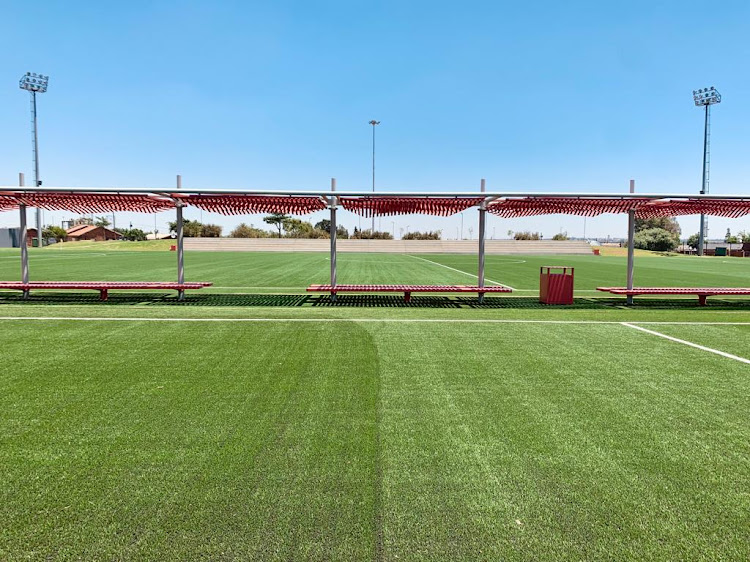 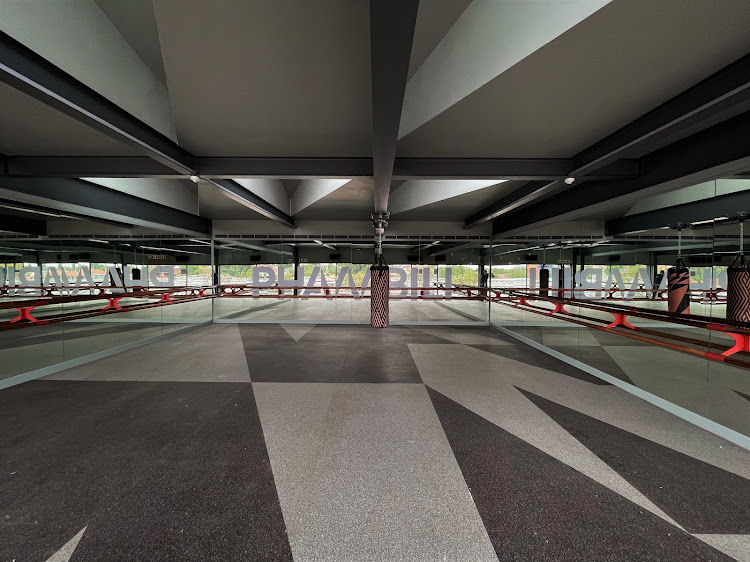 One of the studio spaces being used for boxing training.
Image: Courtesy of C76 Architects

The canopy is made using 8mm steel rebar, a common building material in the area that is usually used to reinforce concrete. This architectural gesture of honouring and celebrating a humble material that expresses the local urban fabric speaks to the purpose of the facility, which is not to parachute in a dazzling but ultimately alien structure but instead to elevate and transform local materials.

In the same way that the centre aims to discover and nurture athletes from Soweto, so the facility itself works with the soil, the infrastructure and even the light and shadow of its location to create something transformational. It is a vision of Soweto realising its potential on its own terms.

• Click here to find out how to sign up for a free monthly e-mail newsletter from The Edit team.

Steve Baron, who quit his job as a chartered accountant to flip houses, has become a YouTube sensation, but he says it’s harder work and more risky.
Lifestyle
3 months ago

The great outdoors: five things to consider before investing in outdoor furniture

Our décor editor makes buying outdoor furniture a little more streamlined with a few useful tips to keep in mind and help you make the best choice.
Lifestyle
4 months ago

As the founder of Melbourne-based, African lifestyle brand ULO Australia, Dinzi Amobi has turned the wax prints of her Nigerian childhood into success
Lifestyle
5 months ago