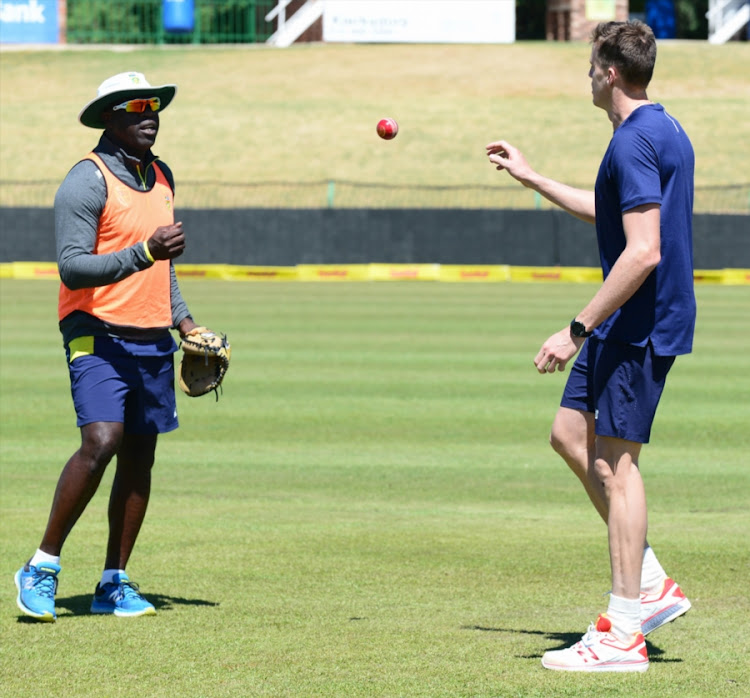 SA captain Faf du Plessis says new coach Ottis Gibson has made a seamless transition to the Proteas seat and has already brought many positive changes‚ especially in the bowling department.

In the first Test match under Gibson‚ the Proteas crushed modest Bangladesh by 333 runs with two full sessions of the fifth day to spare and Du Plessis says he enjoyed working with the new coach.

“He has been really good and as I said before this Test‚ it has been a really seamless transition‚" the captain said.

"He has come in to try and understand the Proteas culture and how we go about our business and he has observed.

"If there is an area where he felt he can add value‚ he has definitely added that."

Du Plessis said Gibson‚ a former fast bowler for the West Indies in Tests and ODIs‚ will help improve the likes of younger speedsters in the side like Kagiso Rabada and Andile Phehlukwayo.

“From a bowling point of view‚ I am really excited to see what he is going to bring to the side over the next two years.

"He adds a lot of value in that department and he also gives the other coaching staff the freedom to coach in their specific areas.

"He has brought positivity and now and then a little bit of humour and we are enjoying his company.

“He made a joke after this Test match that he is going to retire with a 100% strike rate.

"He is very happy‚ he is enjoying this challenge and he has a few plans in place.

"From a Test cricket and an ODI point of view‚ the ultimate goal for him is to try and make an impact at the World Cup in two years time.

"We are having good conversations‚ planning and trying to make sure that we are ahead of the curve.

"He is a guy who likes structure‚ which is similar to myself and we work well together.”

Crocked quicks give SA headaches ahead of second Test

Another day‚ another fast bowler down.
Sport
4 years ago

Like a badly baked soufflé, Bangladesh collapsed horribly in the morning session of day five of the first Test against South Africa as the Kagiso ...
Sport
4 years ago